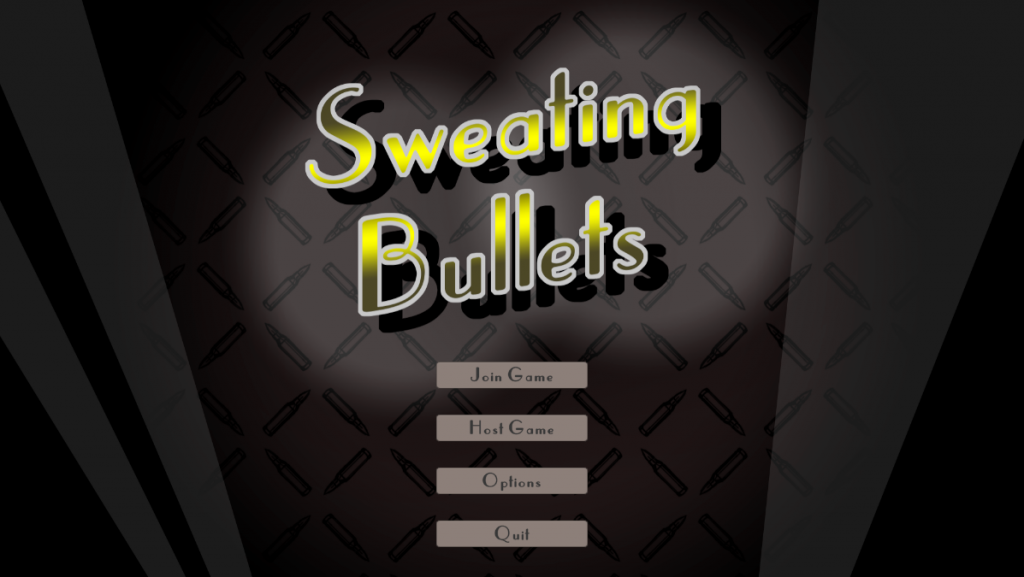 Sweating Bullets is a multiplayer first person shooter with customizable playmodes. Theme revolves around steampunk Cold War, in which U.S. and U.S.S.R. spies eliminate each others.

Players can find different weapons during the match that will help killing the enemies. The host player can customize match rules, like player cap and kills to win. In addition, they can choose between normal and instagib mode, depending on if they prefer steadier action or OHKO duels.

The game has two different levels: Arena Factory and Desert Town. Arena Factory has multiple corridors that connect to the center hall where most of the massacre takes place. On the contrary, Desert Town offers narrow and maze-like areas with an option to take cover more easily. 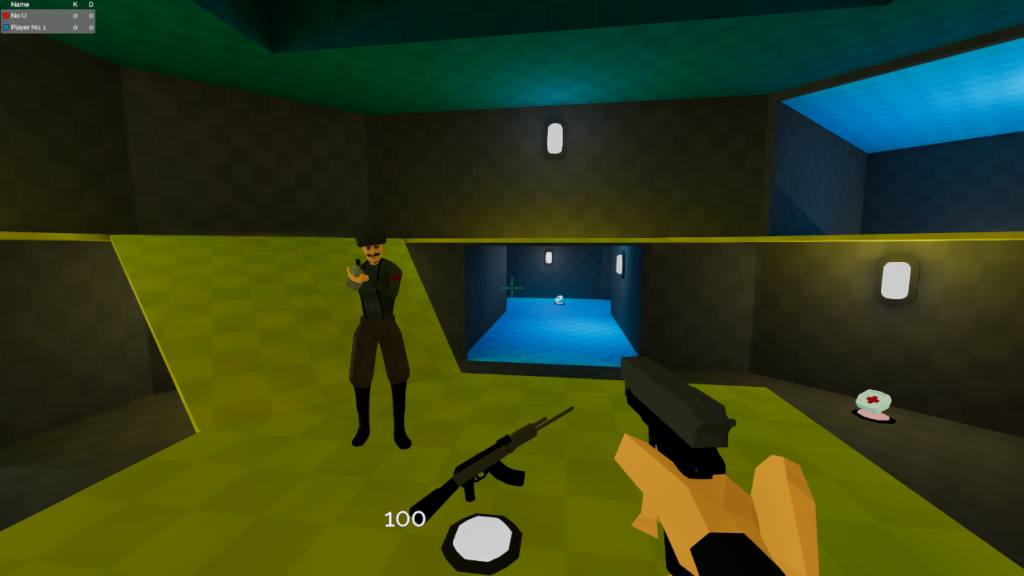 Rather than arguing over different game ideas, our team decided quite unanimously to make an fps game. There were many factors leading to this conclusion: the genre was liked by the team members, we had a lot of time to work on the final game, and our programmer was intrigued by the scripting of client-server feature.

The first idea was to make team battle, considering our theme (U.S. versus U.S.S.R.) but free for all was the gamemode we had to begin with. During the playtesting the game felt pretty entertaining (which is rare feeling with so ‘low-effort’ game) so we left it that way. Addition of custom rules, different guns, player board, level and model designs as well as soundscape made the game feel even more enjoyable. 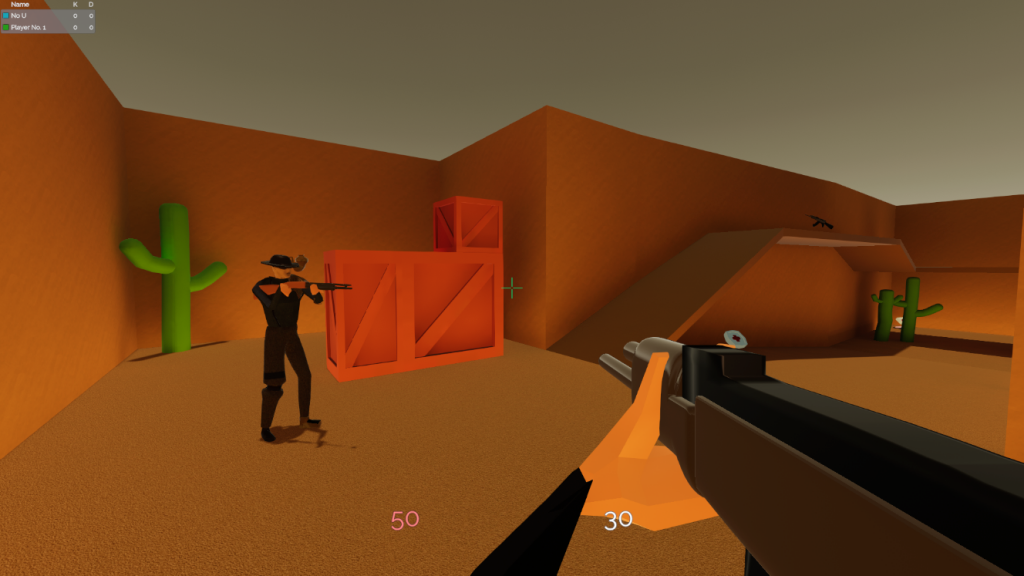 To name a few challenges, the player models were somewhat a problem. There were some exporting problems and managing the 3D-model hierarchy. And let’s admit it, the programming of working client-server feature isn’t the easiest job. Despite the difficulties, we managed to put it all together with minimum flaws.

Overall we were more than impressed with our finished game. One could say that making a solid multiplayer fps game during five weeks is a bit ambitious but our team accomplished that. Team’s strength in different areas combined with our daily work helped to make this happen.