BounceLight is a serene puzzle game centered around reflecting lasers. Players must use their wits and forethought to aim their Lasers of Love™ against unsuspecting stars. Popping all targets in a level grants the player with the fabled three-star rating. 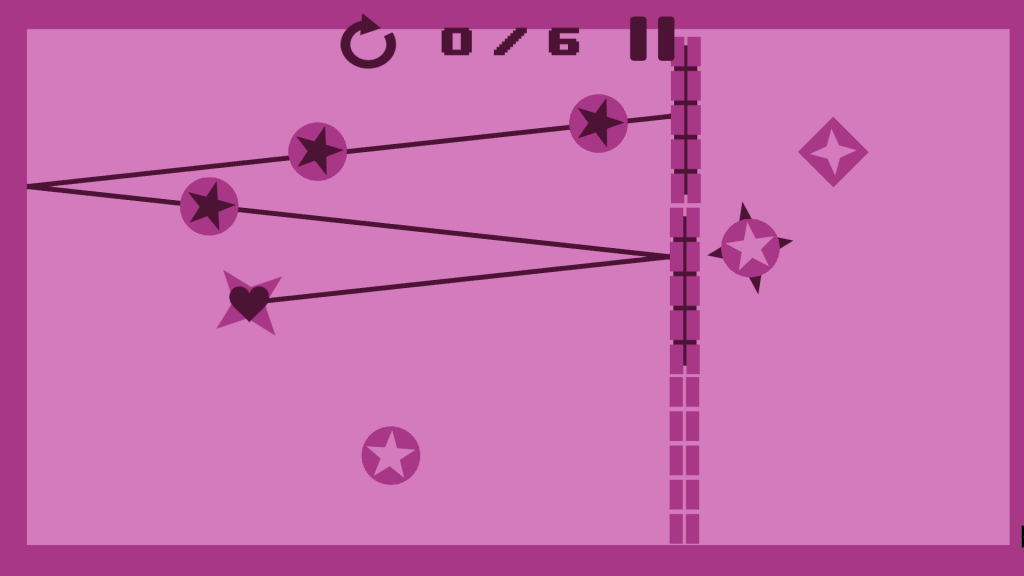 During the development of this game, a single narrative ran through the whole process. What started as big plans for a game after a fall out with a previous team quickly turned into dread over the size of the project. As such, each iteration of the design was an exercise in reducing the game down to it’s core components, and focusing on what seemed good. Gone were the complicated scoring system, messy aiming and pixel-art graphics. The focus gradually shifted on building simple, but engaging puzzles with the existing mechanics of firing bouncing lasers.

It was messy. It was hard. And by the end of it, it was wholly necessary. I feel like every feature stripped was a step in the right direction, and my only regret is not taking out more earlier. It hurt to throw away hours of programming. It gnaws at me that the game could still be better. I learned a lot, and I hope to carry those lessons forward. 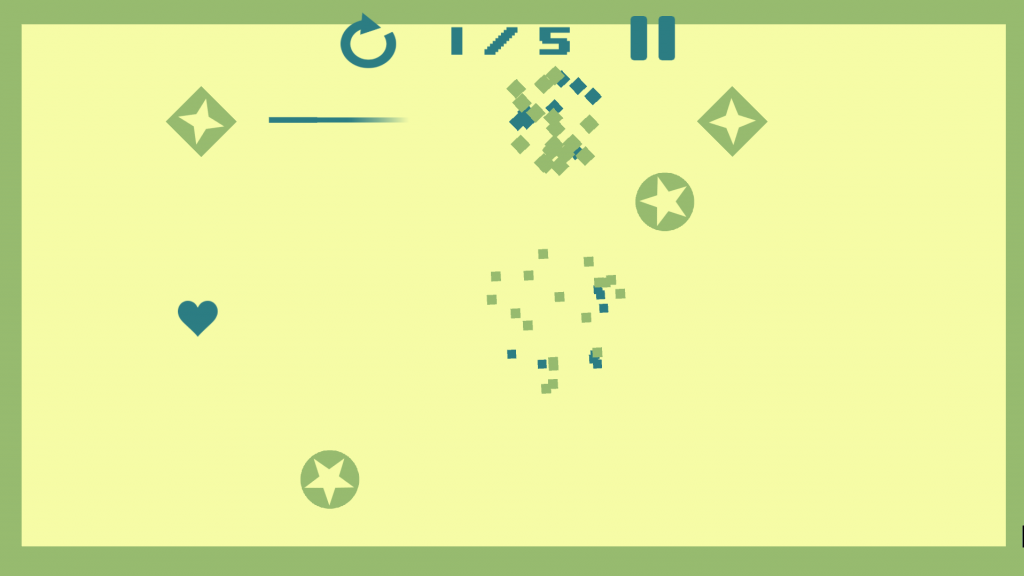 Let it go, let it go. The code never bothered me anyway.