Cyber Punchers is a side-scrolling beat-em-up for 1-4 players. The game supports local co-op multi playing. The goal of the game is for the players to take down as many enemy robots as they can before running out of health. Even though the game might occasionally provide a little challenge, the true aim of the game is to act as sort of an excuse for friends to get together and bash some bots in a not-too-challenging and not-that-hard-core setting.

At the start of the project the team decided to make a post-apocalyptic themed driving game where the player was supposed to deliver supplies to different cities while fighting bands of raiders. Everyone was behind this idea but the team realized after some weeks that the scope was too large and was forced to scrap it and start from scratch.

The idea for Cyber Punchers was born: a fighting game with a cyber-punk setting, a robot with a Roomba as a head taking revenge on the evil mega corporation. Wave after wave of evil robots. At first the team started working with an arena type of playing experience in mind, but later on in the development the best option seemed to be to move the screen to provide a little change in the form of quite often changed backgrounds. So, now the robot-arena is not limited to single screen(s).

The representatives of the evil mega corporation are like the player character, robots. The design of the robots is a mixture of riot polices and nazi officers. The style of the backgrounds are urban East Asian cities with heavy influence from Cyberpunk.

Starting from scratch meant that the already short development time of the Cyber Punchers was reduced even further. People falling sick one after the other certainly didn’t help. Even though the team would have liked to implement a million and one cool features to make the game a lot more interesting and fun, the reality of the project was that to actually make the best possible playing experience in this genre takes a lot more time, energy and iteration than was actually available. Oh, and a bunch of assets whether it be code or pictures. This is why the team had to admit, that if Cyber Punchers would some day evolve to a more full experience, work on it would have to be continued outside of the school after the course.

If there’s something to be learned from the development of Cyber Punchers, it’s that in a school project like this the scope has to be kept extremely small, special attention should be paid to team dynamics and communication to make the project go as smoothly as possible and that the expectations should be kept realistic, even if the ideas are quite ambitious. But then again, we are in the Games Academy to learn, aren’t we?

Now that the game has been introduced quite critically, you get to make your own judgements: Ladies and Gentlemen, Cyber Punchers.

Link to the game. 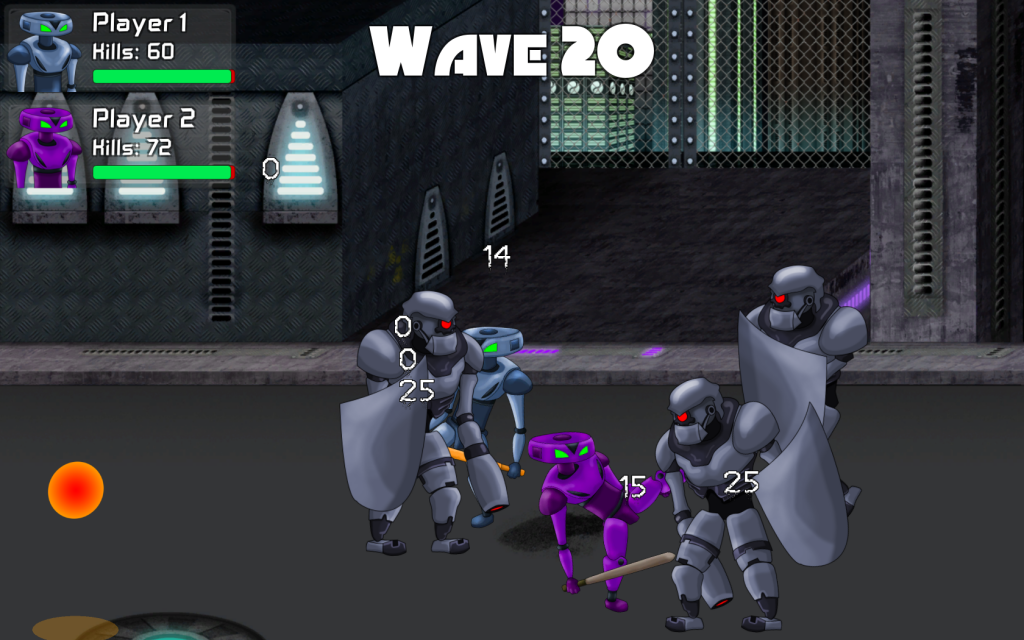