Our game is a 2D turn-based artillery strategy game for the PC. It is a local multiplayer game for 2 to 6 players.  The playable characters are ducks, which gives the game its name. The goal is to eliminate the opponent’s ducks using different weapons; the last man standing wins.

At the start of the game the player can set the amount of players, amount of ducks per player, HP, the length of players’ turns, and the amount of ammo for each weapon. The game has four different weapons. After the setup menu players get to place their ducks on the level. Physics also play a part in the gameplay. Besides just stationary platforms, the levels have structures made of different physics-based building blocks. These include wood, glass, and metal walls which all have a bit different properties. The game has five playable levels.

The basic idea for the game was agreed on relatively quickly after some brainstorming with the team. We actually agreed on the team name, Ducktape, before knowing, what kind of game we would make. This gave us the idea of having the characters be ducks. The gameplay was inspired by Worms series, with Angry Birds-like building blocks. Graphical style for the game was kept simple, colourful, and cartoony.

Our team met on Mondays to see what has been done so far and to discuss about the tasks for each member for the next week. Some tasks did take longer than expected and we had to leave out some features we had planned to include (such as more environmental hazards within levels, and hats). However, the most important gameplay features were finished. We also encountered some problems (the scale of graphic assets, for example) that could have been avoided with better communication between team members.

To summarise, our goal was to make a 2D multiplayer game for PC and, despite some problems, this goal was achieved.  This project gave us all a bit more experience on what it is like to develop games. 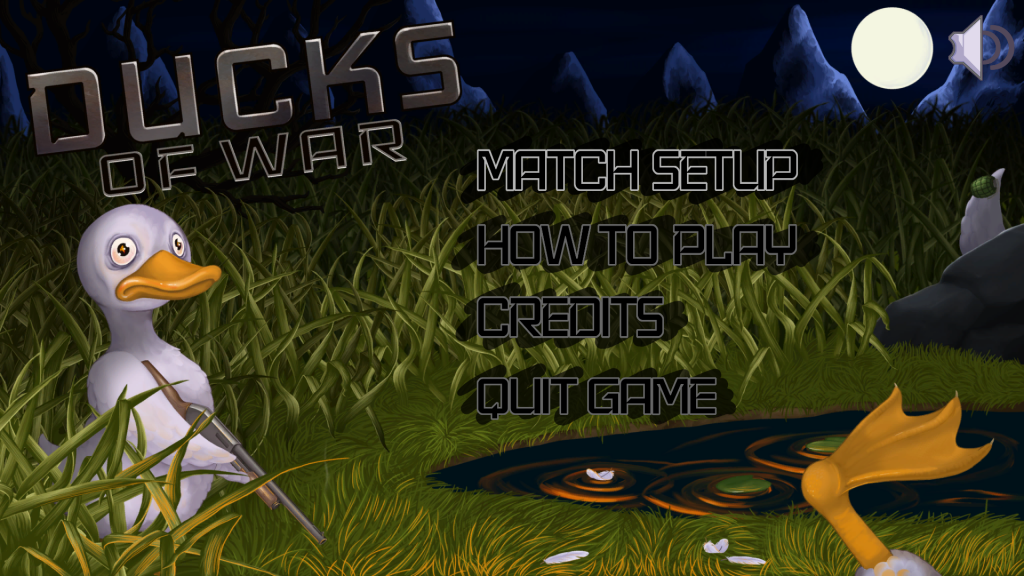 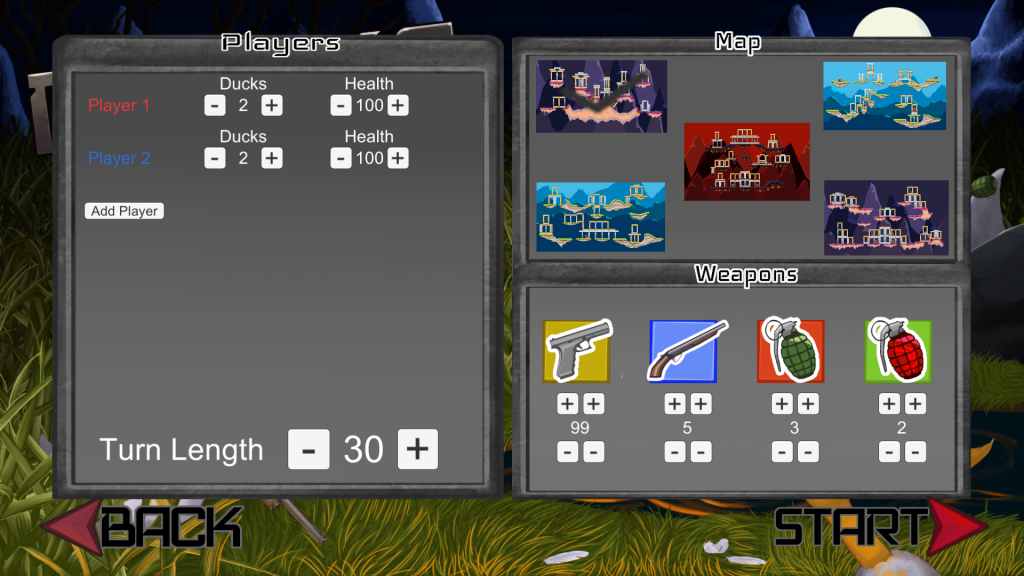