Potion Bombers is a competitive multiplayer game that is based on the classic arcade game Bomberman. The team set out to make a fast based multiplayer game that was quick to play and had unique levels with different kind of mechanics in each of them. The game can be played with up to four players and is best enjoyed with controllers.

The team quickly got the idea of the different kind of levels and set on three types. Lava, ice and water levels. All levels have their own terrain and different mechanics in each. Difference to the original game is also in the players ability to break only a certain type of objects in the level with the walls being indestructible. These breakable objects spawn power-ups to the players to give them an edge in the fight.

In the lava level players are able to break to floor with their bombs to reveal the deadly lava. This makes the matches quick and strategic with the ability to trap the other players using the lava

Picture of the lava level and the breakable floor

e from a distance

The water level has waterways that will move the players and the bombs along the stream giving the player ability to move quickly and tactically place bombs to attack other players. 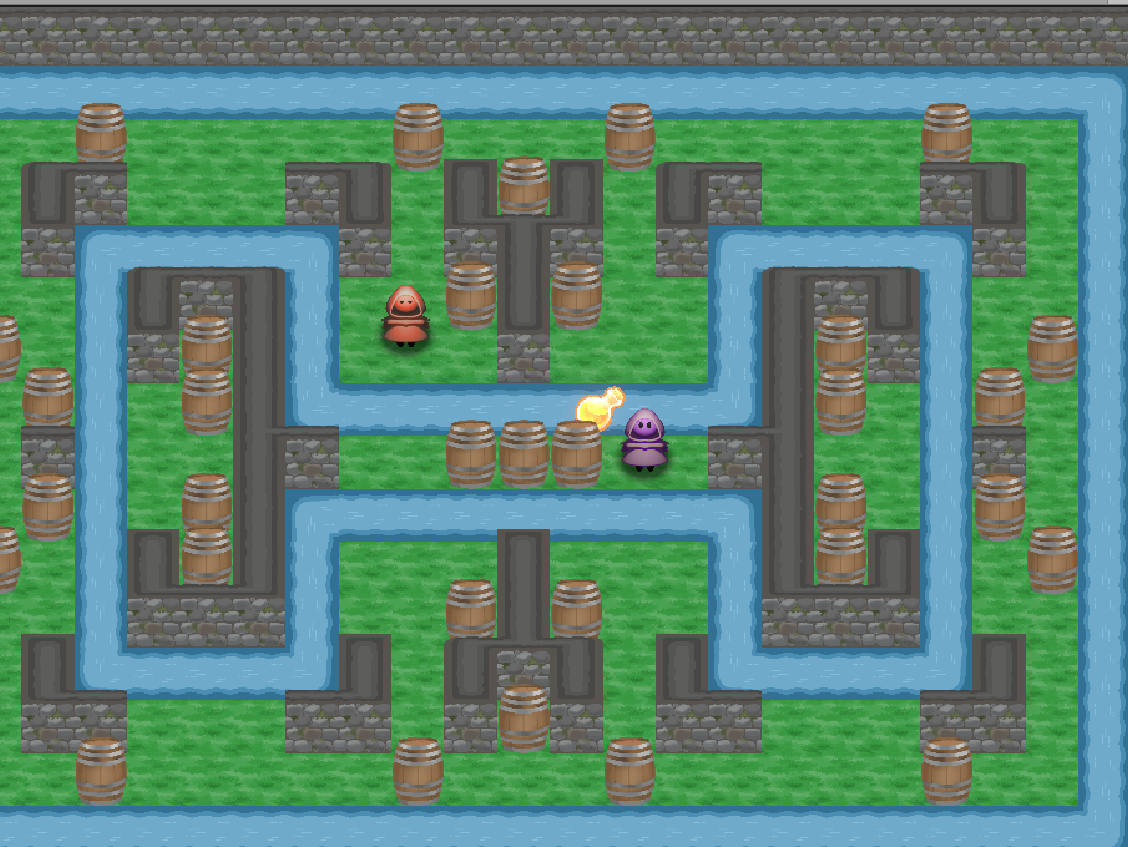 The whole project was completed almost  entirely remotely, only meeting a few times to playtest the game. This added a bit of a challenge, but frequent meetings and discussions helped to keep the team motivated and focused.

Because of the time running out and few unexpected turn of events inside the team, the game is not as detailed as the team would have wanted with few graphical items missing, but the core game is fun to play, especially with four players. So in the end we are very happy with the end result since a fun game was our main goal.

Link to the playable game