Rocco the Raccoon’s Rolling Rad-venture has the player rolling around with a raccoon in isometric maps, collecting coins, keys, opening gates, avoiding hazards and trying to beat time scores. 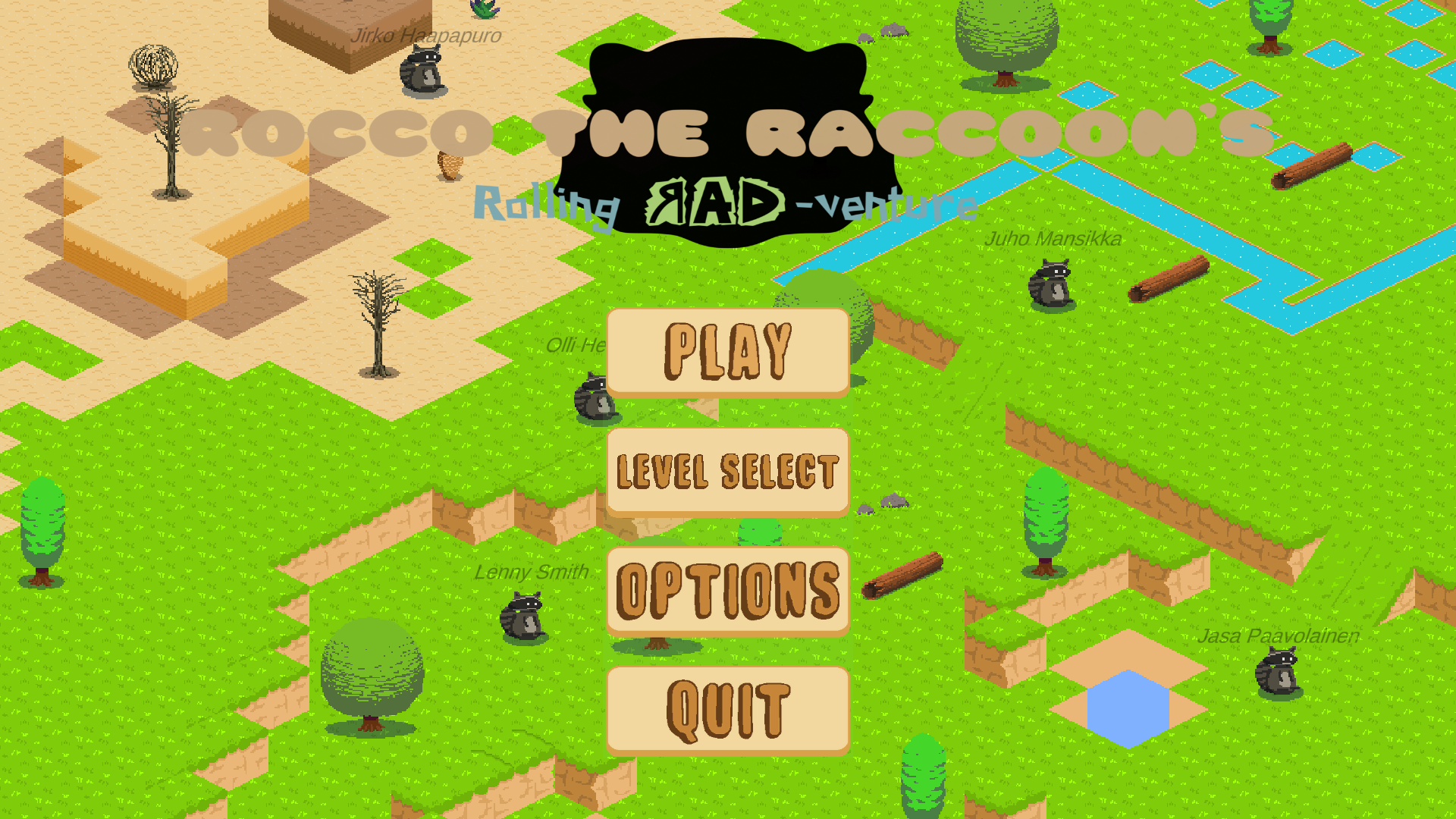 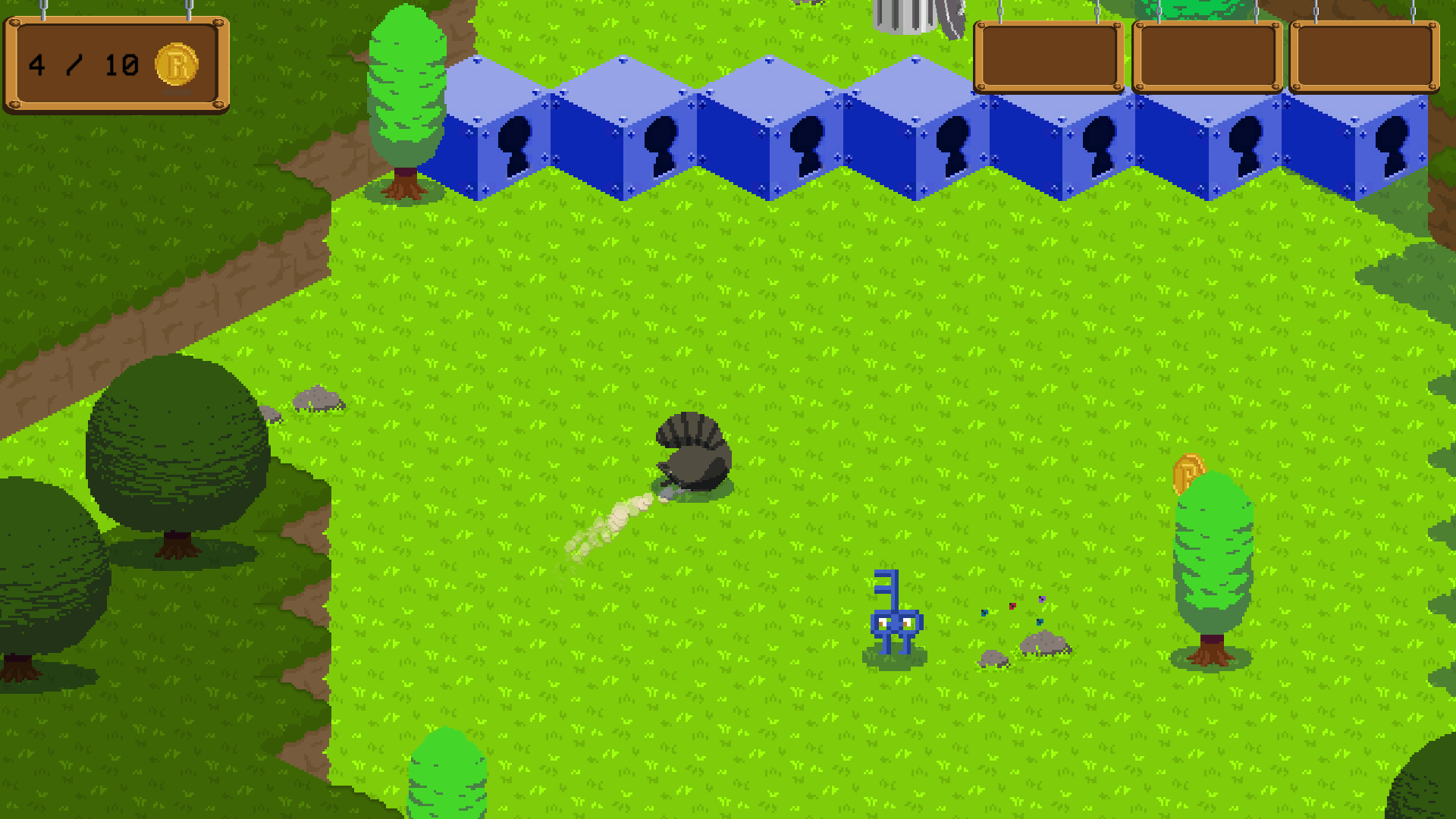 We took Marble Madness as our reference point. Original idea was to have a colourful, casual game with puzzle elements and 5-6 different biomes relating to different eras and cultures, e.g. Ming-dynasty or ancient Greece.

Pretty soon we had an early prototype with some simple level layouts, character animations and movement. We started polishing and cultivating the concept, but eventually had to ditch the idea of different biomes (ended up having 2) and focus on general aesthetics and functionality of the game.

In retrospect, we spent too little time planning and thus got stuck in the early development phase and brainstorming. The project was a great learning experience for all of us.