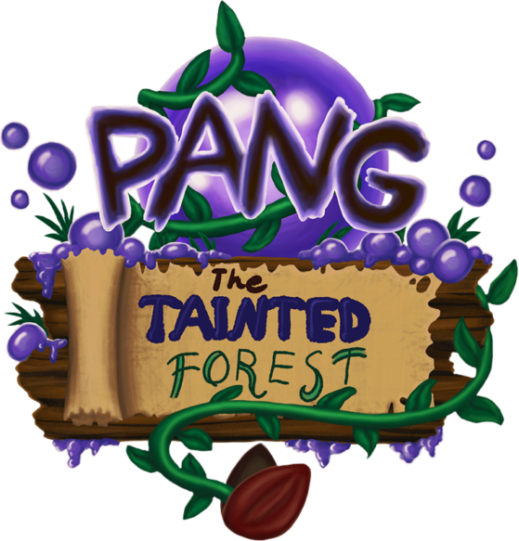 A forest in agony, and an unlikely hero.

Pang: The Tainted Forest is a reimagining of the old arcade game Pang, where you take on the role of a tiny rat, determined to free its home forest from the pollution that has suddenly taken over. Magical powers of the forest are by the rat’s side, as it uses nature as its weapon against the evil pollution bubbles. 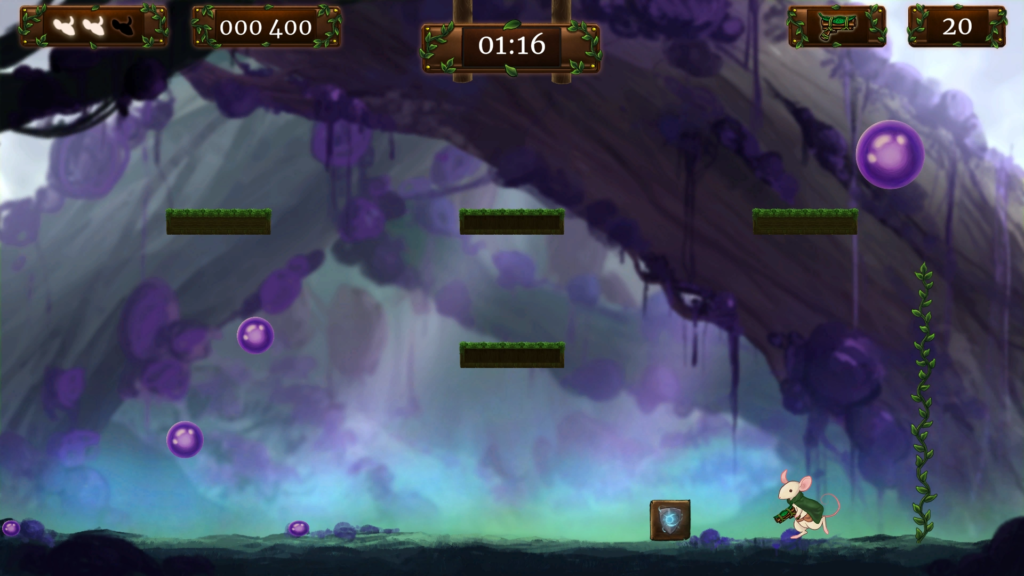 We started the project by choosing the game we are gonna use as a reference, and Pang seemed the most fun to replicate. At first, we were considering making pixel art but ended up choosing not to go with it. We didn’t have previous experience of pixel art and we figured that we already had a lot to learn with Unity and game-making in general, and this decision ended up serving us well in the end, as we encountered multiple problems in Unity and GitKraken.

The idea of a forest setting with a mystical atmosphere came quickly to us at the very beginning of planning. It was obvious that the balloons had to be the enemy, and after pondering their function, one of our team members had an idea that they could be pollution. From there on we settled on the idea of the main character embarking on a journey to save the forest and wanted to showcase that with a small animated story.

During the first weeks (and even later on) we spent a lot of time on concepts and ideation. There were multiple ideas that we had to abandon due to lack of time, for example snowy and underwater levels with different physics, multiplayer support, a final boss, more guns, enemies, or additional helpful or neutral characters, and so on. The basic mechanics of the game came to be fairly quick, but the programmers spent a lot of time fine tuning the physics and making sure everything not only looked good but felt good as well.

Even though all artists were at first able to make sketches about everything, the dividing of the art creation happened naturally and in the end, everyone got to do things they wanted and also try something they weren’t that familiar with. For the character and the background, we had a voting system for the sketches that we would start working with. Around this time we also chose to make three different versions of the backgrounds, showing the player the progress of their quest of clearing up the forest.

After deciding to go with two different mystical forest backgrounds both having three intensities of pollution and voting the rat as our hero, it was time to also think about other important assets and their overall look.

Overall, our biggest problems had to do with our artists being new to Unity and Gitkraken. It was also a challenge to keep everything coherent with so many artists each with their own style. Despite encountering multiple problems we thankfully managed to solve all of our problems and ended up with a project we’re all very proud of.