Heroes Get No Dice is a tower defense game, where the player assumes the role of a super villain who is forced to defend their base against the forces of good. The game was aimed to be for a wide audience, which is why the featured elemental damage system, models and user interface were designed to be as easily approachable as possible.

We initially planned for the game to encompass multiple levels with three distinct themes and a plethora of dastardly tools for the player to utilize while defending their base. Due to the challenges implementing all the various systems and required models, the scope of the game had to be reigned back a few notches; surprising absolutely no one. 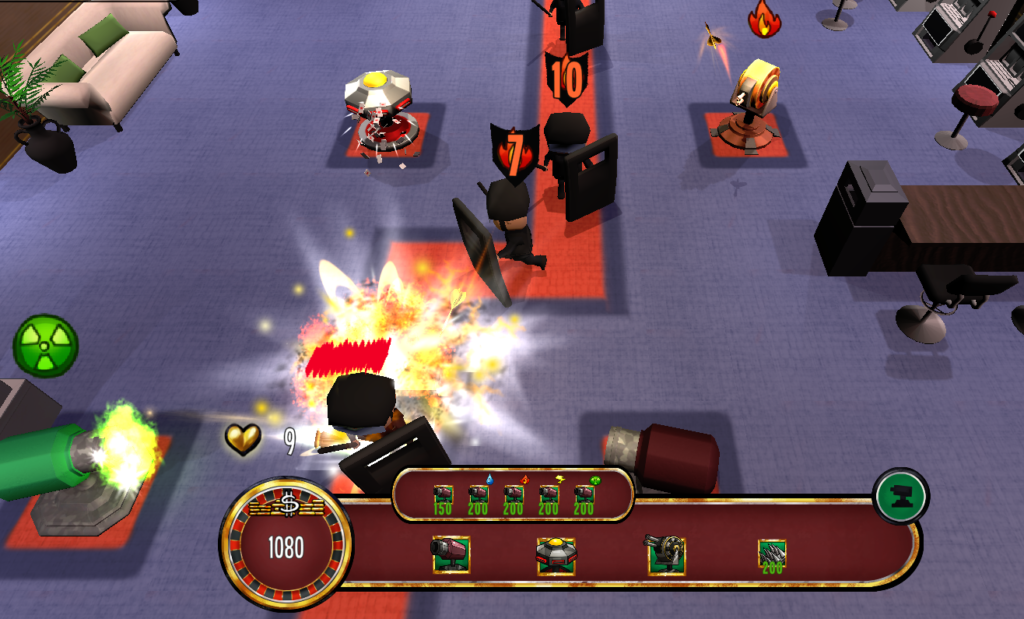 Due to our artists having little to no experience with 3D, the amount of time and work needed in order to produce good-looking assets amounted to a lot more than our team had originally anticipated.

Art style differences, animation and importing or baking materials were a few of the troubles wreaking havoc on this tropical hideout.

Some of our solutions were most likely not  terribly optimal, but we were nevertheless happy whenever we overcame a stubborn problem or two.

All things – even the villainous types – must, however, come to an end. As it stands, the game ships with 15 waves of enemies, set in a single persistent level, with a handful of enemy types and a starter platter of deadly tools to use for enforcing your “no good guys”-policy.

Hopefully, they’ll serve you well… because a certain superhero is approaching, and he’s ready to rock.