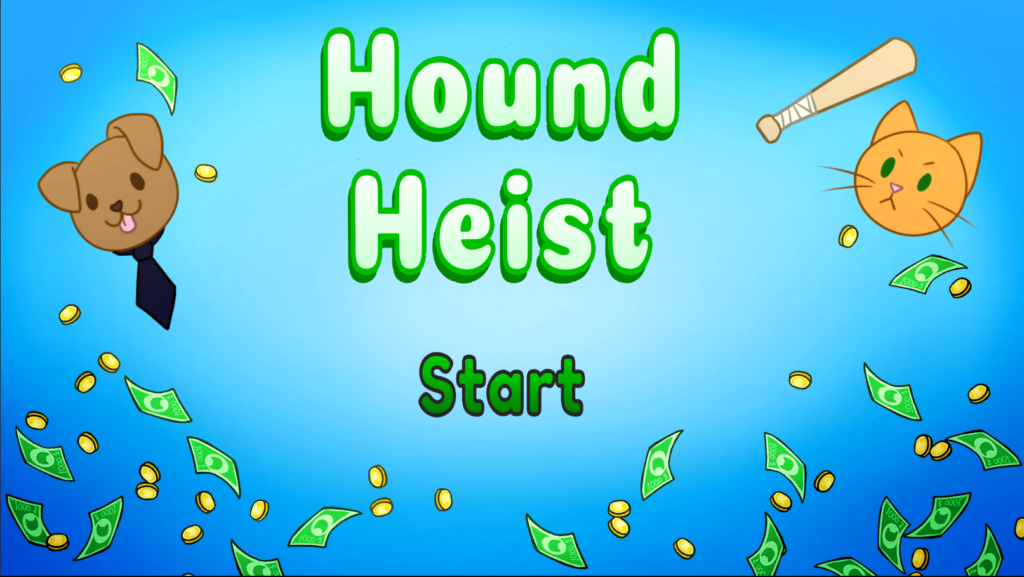 Hound Heist is a game by Team Monki Flip, pulling inspiration from games like Hotline Miami. You play as a dog robbing banks run by evil, corrupted mafia cats and their minions (also cats). You shoot and bonk your way through the banks, stealing as much money and gold as you can! 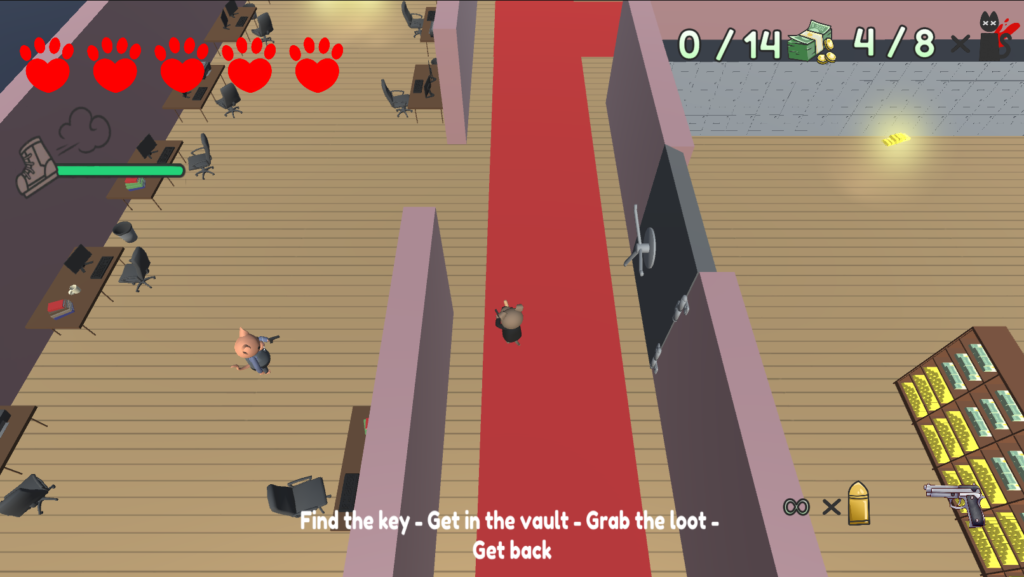 We had many ideas for a game as the project started but the idea of putting something gore-y but cute together won and we proceeded to make a cute version of a bank robbing game.

We tried to keep the scope small because we didn’t have a lot of experience with 3D games and being too ambitious with the project could just lead to an unfinished game.

The game’s design was shaped while we were building it and most of the biggest design decisions came as cuts from the original idea. Also good little ideas and polishing features came up while we were playtesting the game ourselves.

As an example we had planned a story, some dialog and character backgrounds but quite early we realized that they need to be cut and we need to focus on the gameplay and making it fun. Another main feature in planning was a boss battle with the big cat mafia boss but in the later stages it also proved to be too much work for the time limit. The cat painting on the walls of some levels is the only thing left reminding of this feature. 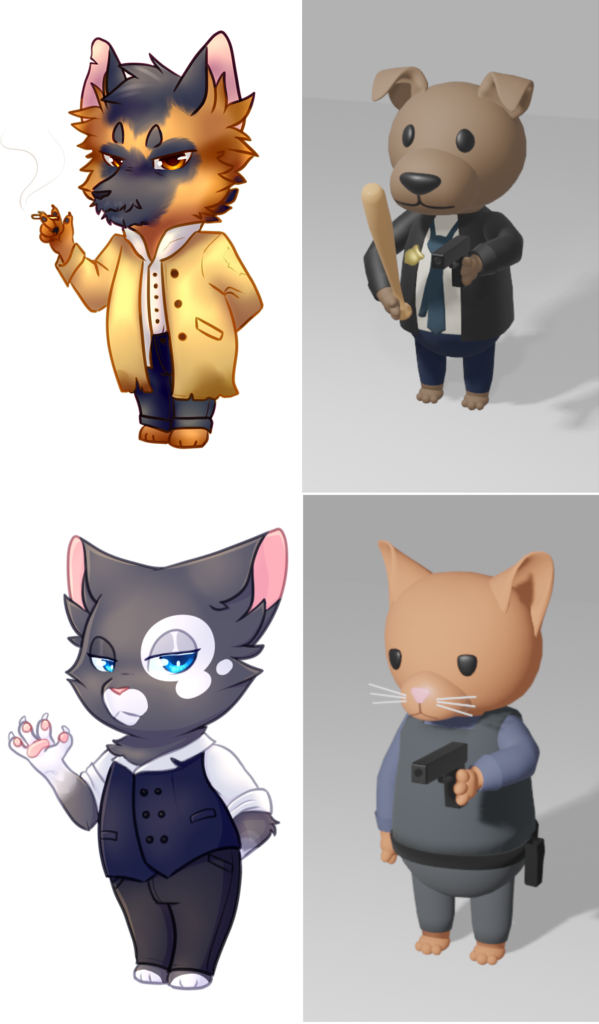 When we got the core features and gameplay working it was quite easy to start producing more content to the game. More levels, 3d models and then decorate the levels. Also making the sound design was quite a funny task because many kinds of animal noises could be added.