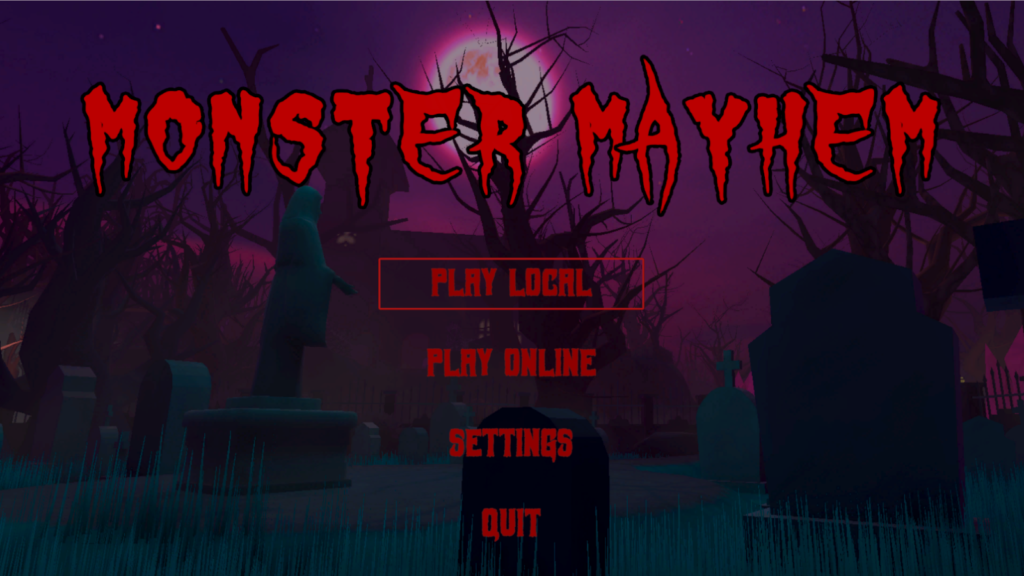 Monster Mayhem is a 1v1 FPS style Deathmatch, inspired by early Quake and Doom games. The game is played as local multiplayer, with split-screen mode. The game has two different levels, one focusing on king of the hill style capture point controlling and the other on pure deathmatch. 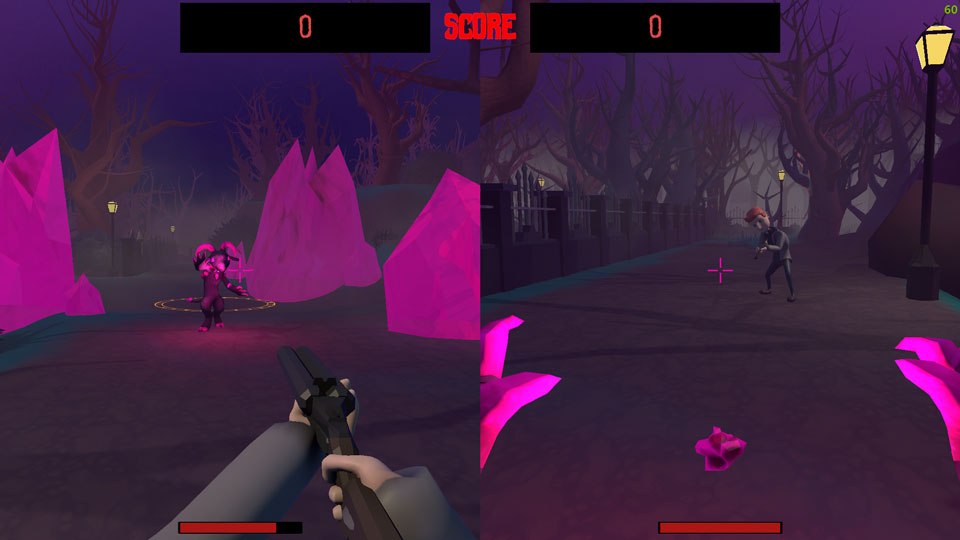 During the concepting phase, we played around with a variety of ideas, and eventually settled upon a priest and a demon goat in a battle of good vs. evil.  Visually, we were inspired by stylized, low-poly games, such as Solar Ash and Overland. We focused heavily on making the main mechanics and gameplay as fun as possible while creating an eerie atmosphere with the environments. 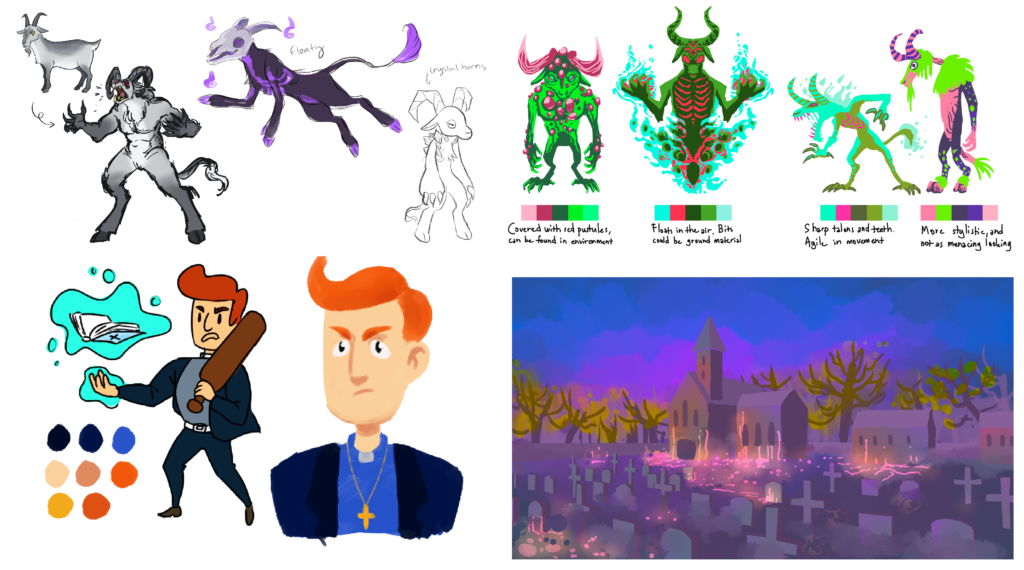 We knew that it would be incredibly important to keep the scope reasonable for this project. The initial plan to have the game be online multiplayer was changed to be local instead. It took us quite a while to get combat that felt good to play, as it was suprisingly nuanced, but it was important to get right, as it was the core of our gameplay. We also wanted to implement very asymmetrical gameplay. Unfortunately, this proved to be too complex in the time that we had, and it was scrapped for slightly more even gameplay.  However, we were able to implement two different game modes with different layouts and objectives. 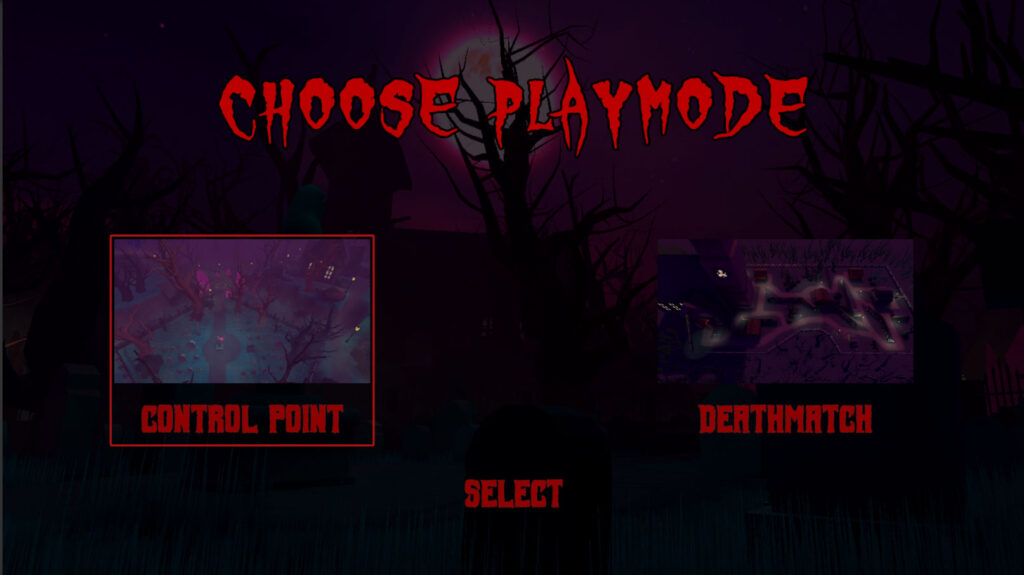 Weekly in-person meetings were incredibly important in keeping all the team members in the loop as we continued development, but towards the end of the project, we had to switch to online meetings. We noticed that we should have had a playable prototype and begun playtesting earlier on in the project. Overall, despite any issues we faced, we all learned a lot about creating a 3D game, and came out with a game that we all feel quite proud of.