In Pookie Island, you step into the moon boots of Space Kitty, whose adventure didn’t start quite as planned. You find yourself on a planet with islands inhabited by frogs and their elemental companions: Pookies, which will help you on your journey through these islands.

We were inspired by titles such as Super Mario Sunshine, Jak & Daxter, and The Legend of Zelda: The Wind Waker, to name a few. Our main aim was to make a fun platformer with puzzles and some sense of discovery, the latter one influenced a lot on how we built the world; giving the player the opportunity to explore. 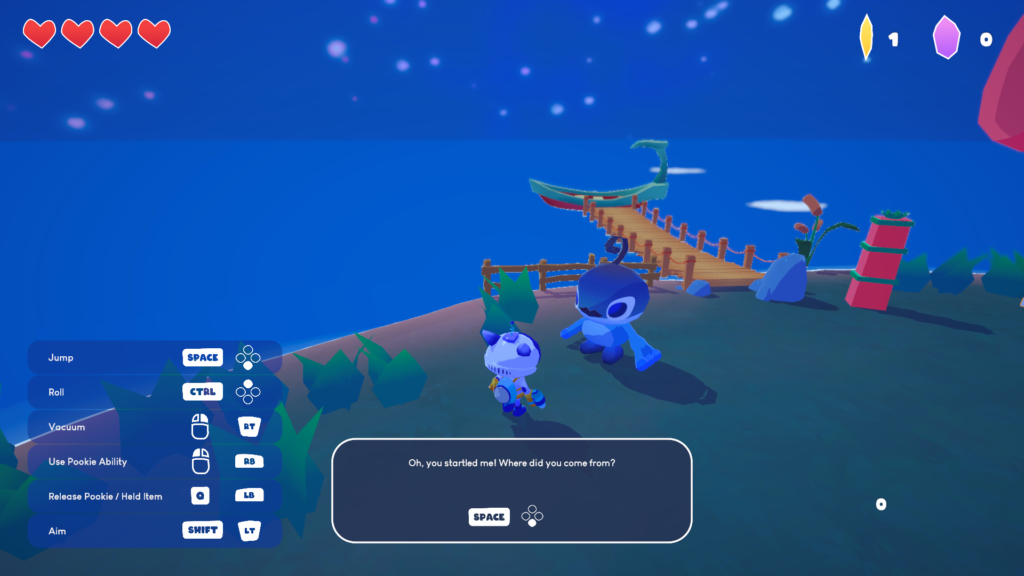 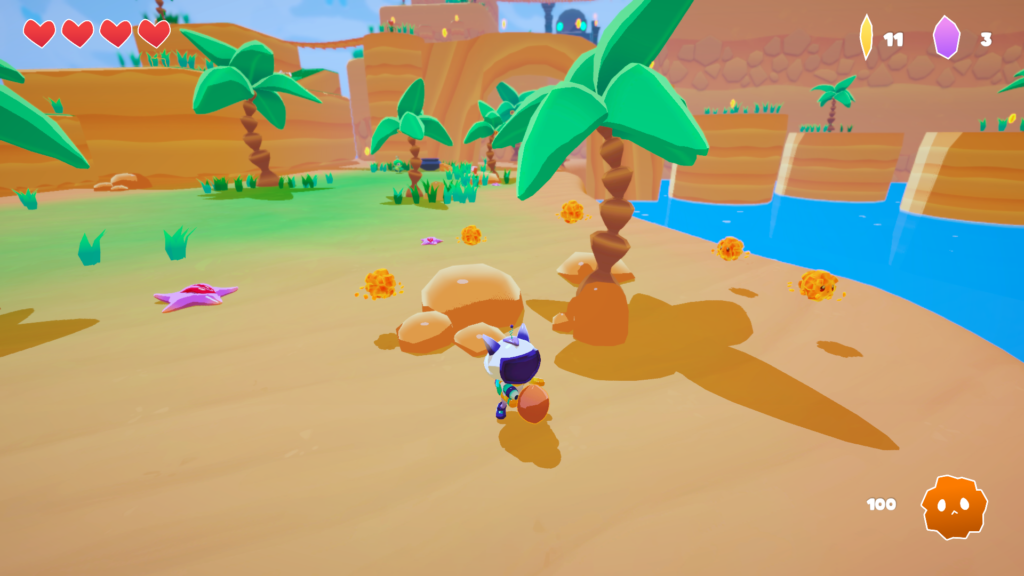 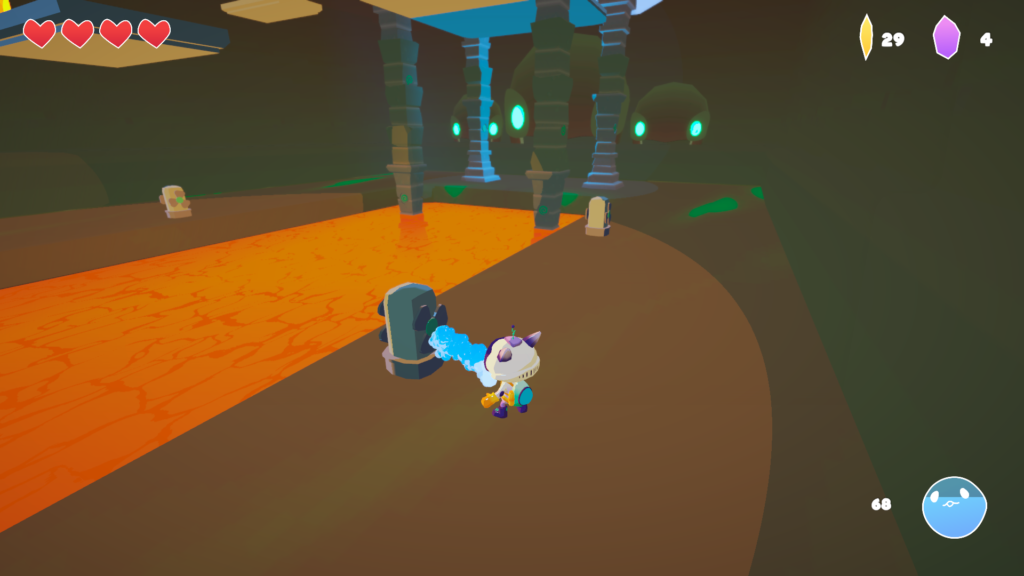 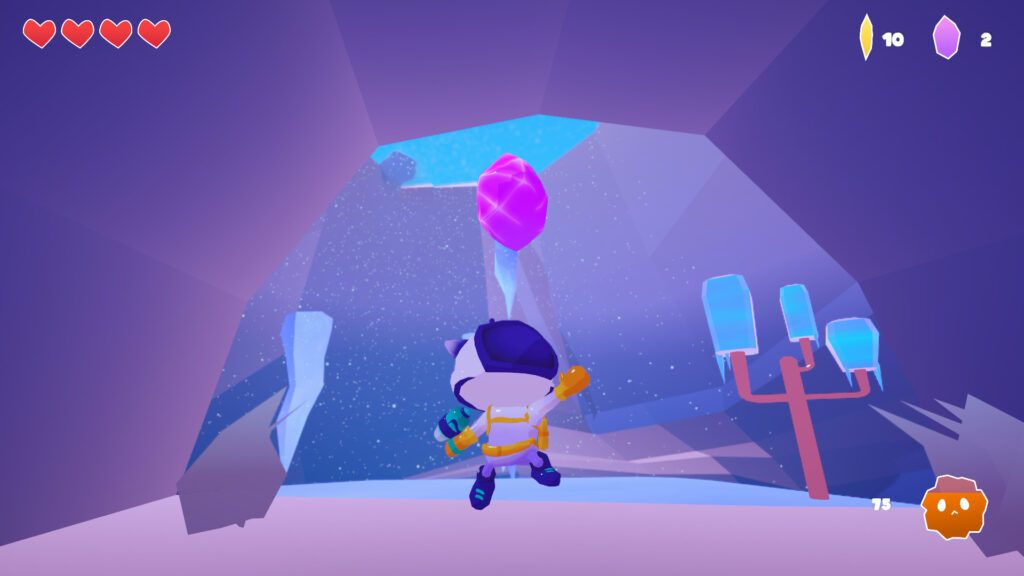 Initially, our scope was a lot bigger than the end product. We planned to have fully, (or at least making it look like so) walkable mini planets with a bending horizon and all different biomes, but the whole idea and how to do it slowed us down a lot at the start. We ended up ditching the planets, changing them into islands with different themes. But the concepts we had already made didn’t go to waste, as we used a bunch of it as an inspiration for the islands.

Since we knew from the beginning our world was gonna be relatively big, we set up a plan to keep the graphics fairly low poly, textures simple and utilised a toon shader to cut down the time spent on creating the assets. 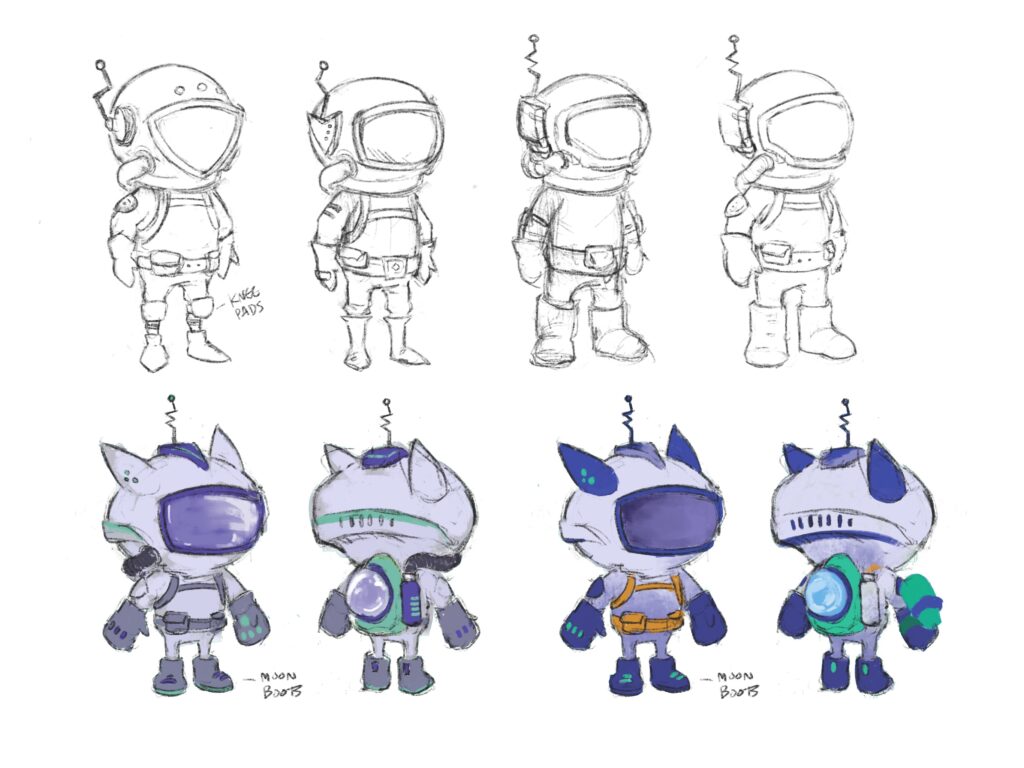 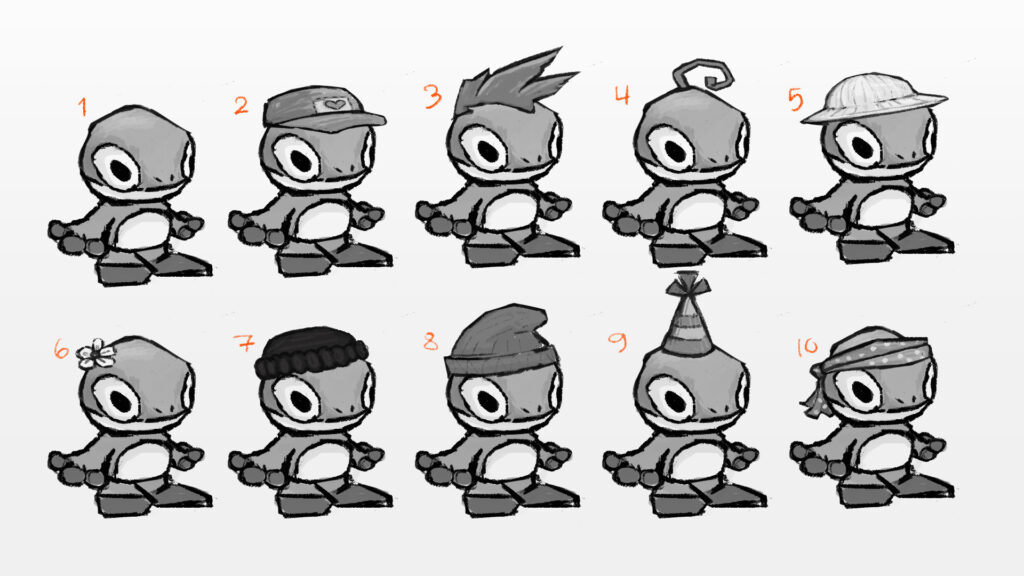 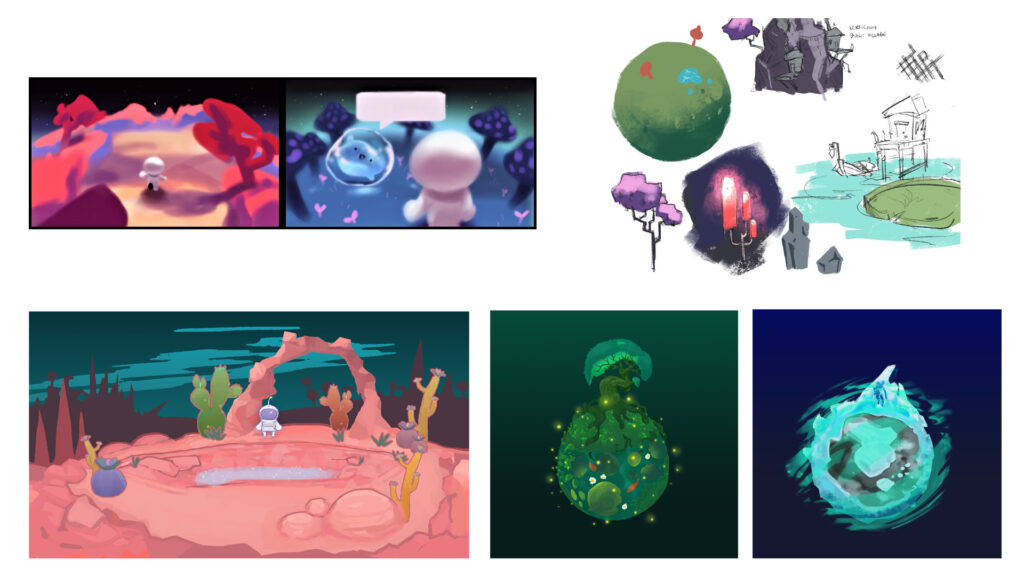 Due to unforeseen circumstances we had to leave out some features, like enemies chasing the player, and one pookie type. Cutting things down allowed us to keep the project a bit more manageable, but still by no means an easy feat. Biggest challenge was definitely easing the player into the game and what they’re able to do. Doing open-world level design and making all the features fit coherently in different places also proved to be quite tricky.