The game “RÄKDOLL” is a 2-4 player local multiplayer fighting game where the goal is to be the last one standing. The player can pickup a sword or a gun during the match and use them to defeat their opponent. We took great inspiration from games like Gang Beasts and Human Fall Flat.

When we first started to figure out the game idea we had many ideas for the weapons that the players were going to use.  We wanted to have everyday normal objects like bowling balls and leaf blowers but had to wipe that idea due to lack of time. That’s why we went with the basic sword and a gun. For the stage theme we wanted to go with a pirate/tropical island. That’s why you can see a deserted ship and barrels on the stage. 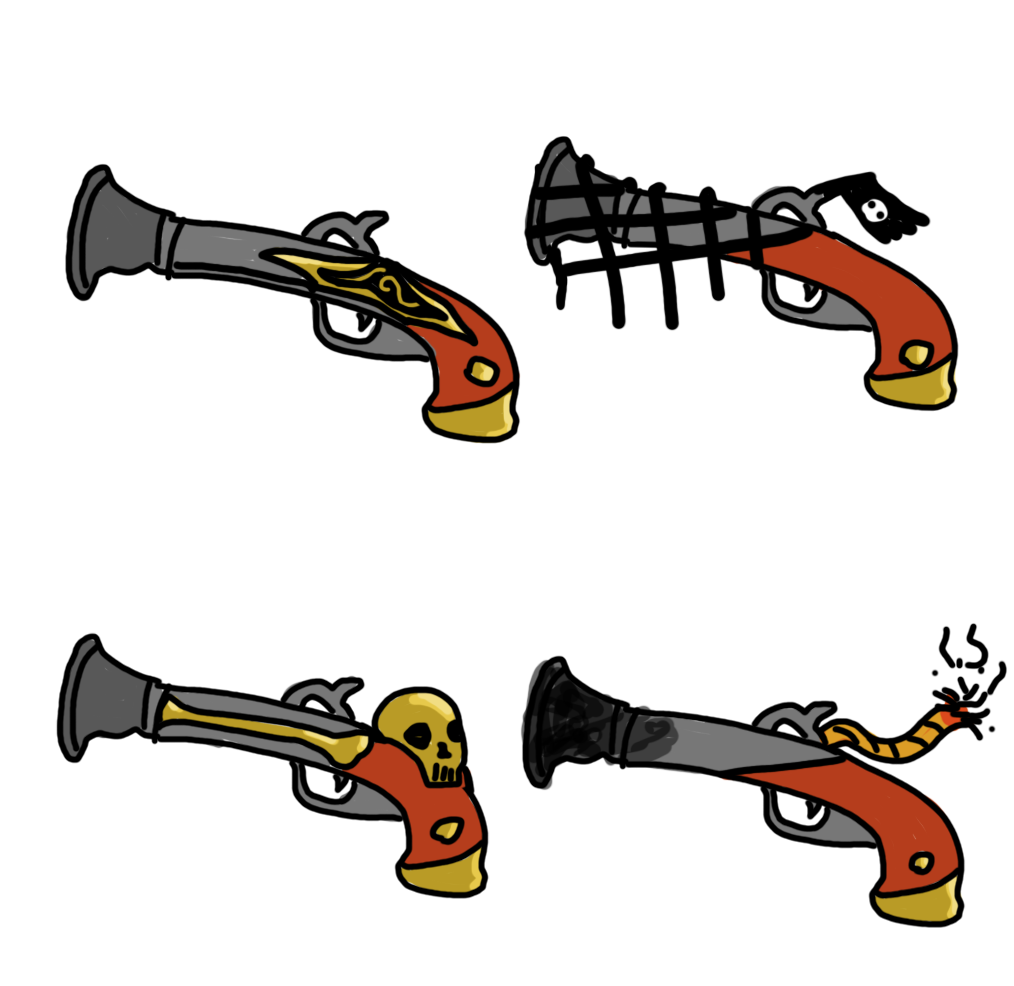 For the character we wanted to make a simple model that would have ragdoll physics. Implementing the ragdoll physics proved to be more challenging than we expected so we had to figure out a way that would work for us. We wanted the game to be purely gameplay that you could enjoy with your friends.