GRIP is a 2D puzzle-platformer, where player falls into a cave and must find their way back to surface. In the cave an alien entity takes place of the player’s missing arm and player can use it to help advance their journey through the cave. During the game player finds power-up that allows them to use that alien arm as a grappling hook. In all the levels there are also collectables that player can collect to increase their final score. Along with the basic left and right movement and jumping, player can also perform wall jumps and climb ladders. In some levels there are also interactable objects that are used to clear those previously mentioned puzzles. 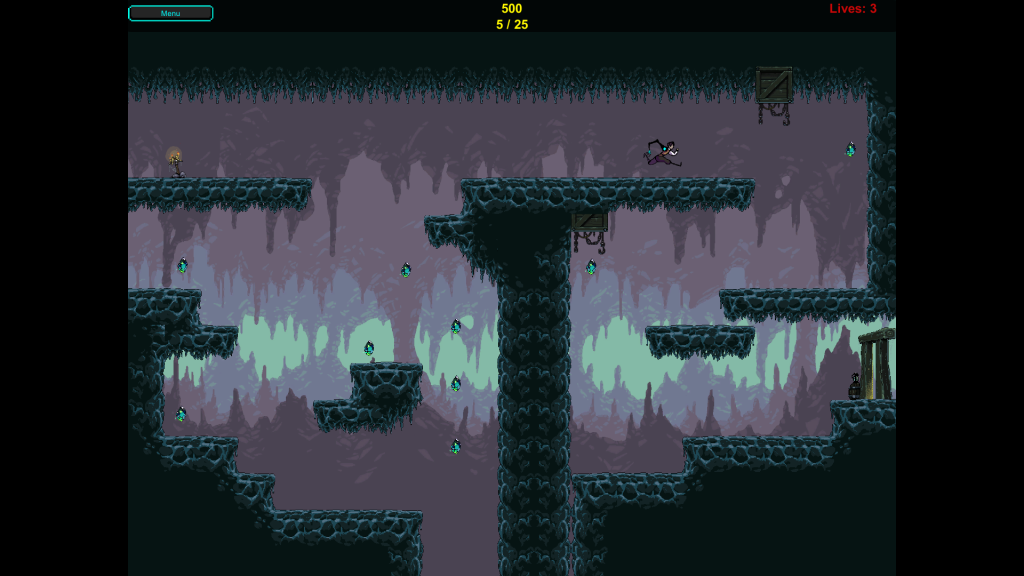 Since assignment was to make a 2D game we started designing platformer from the start. There was bit of brainstorming what type of platformer we would make puzzle-platformer. Initially we had planned to add monsters, bosses and story for the game, but due to lack of time we had to cut it off from the game and focus on level design and puzzles. 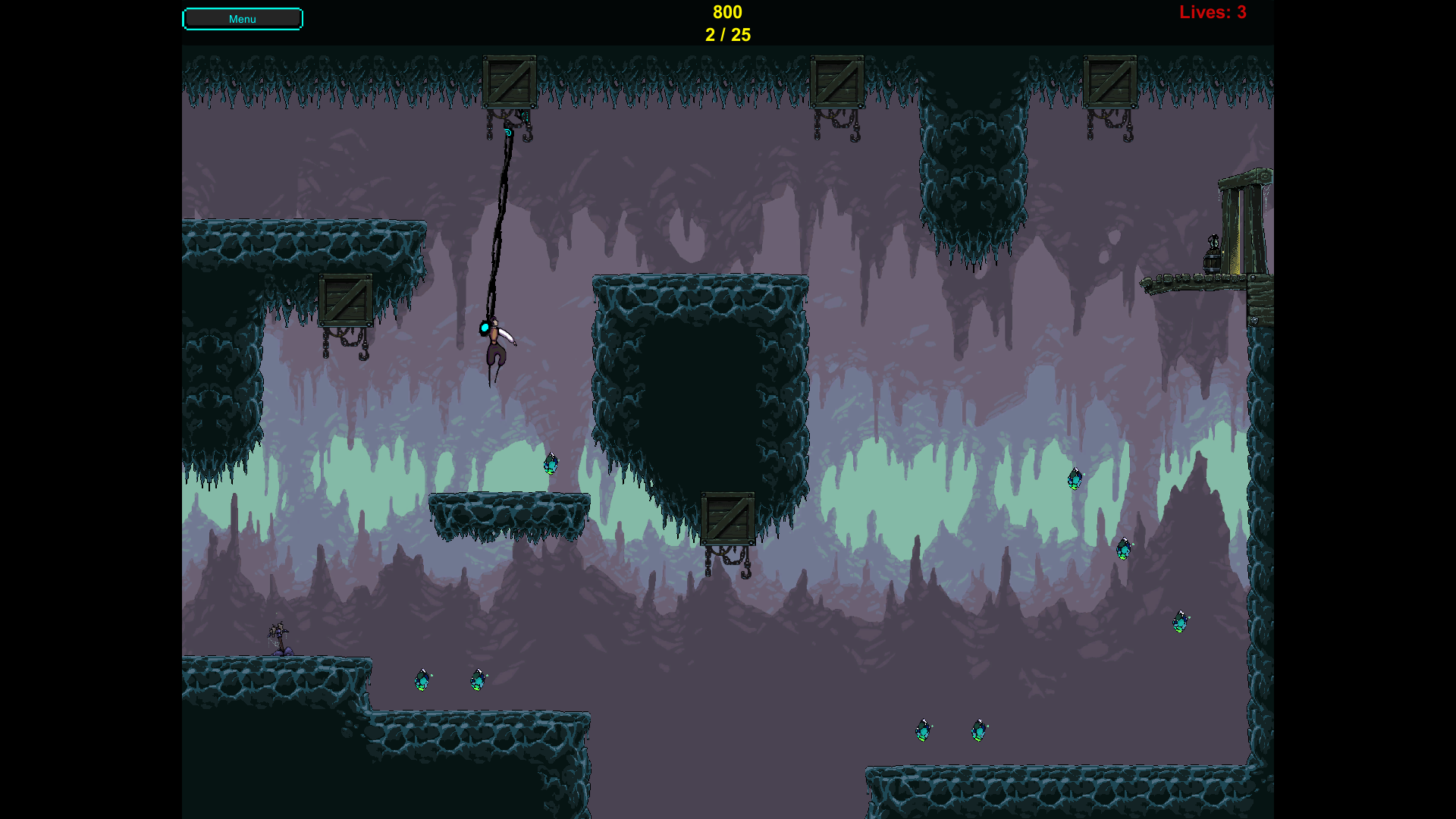