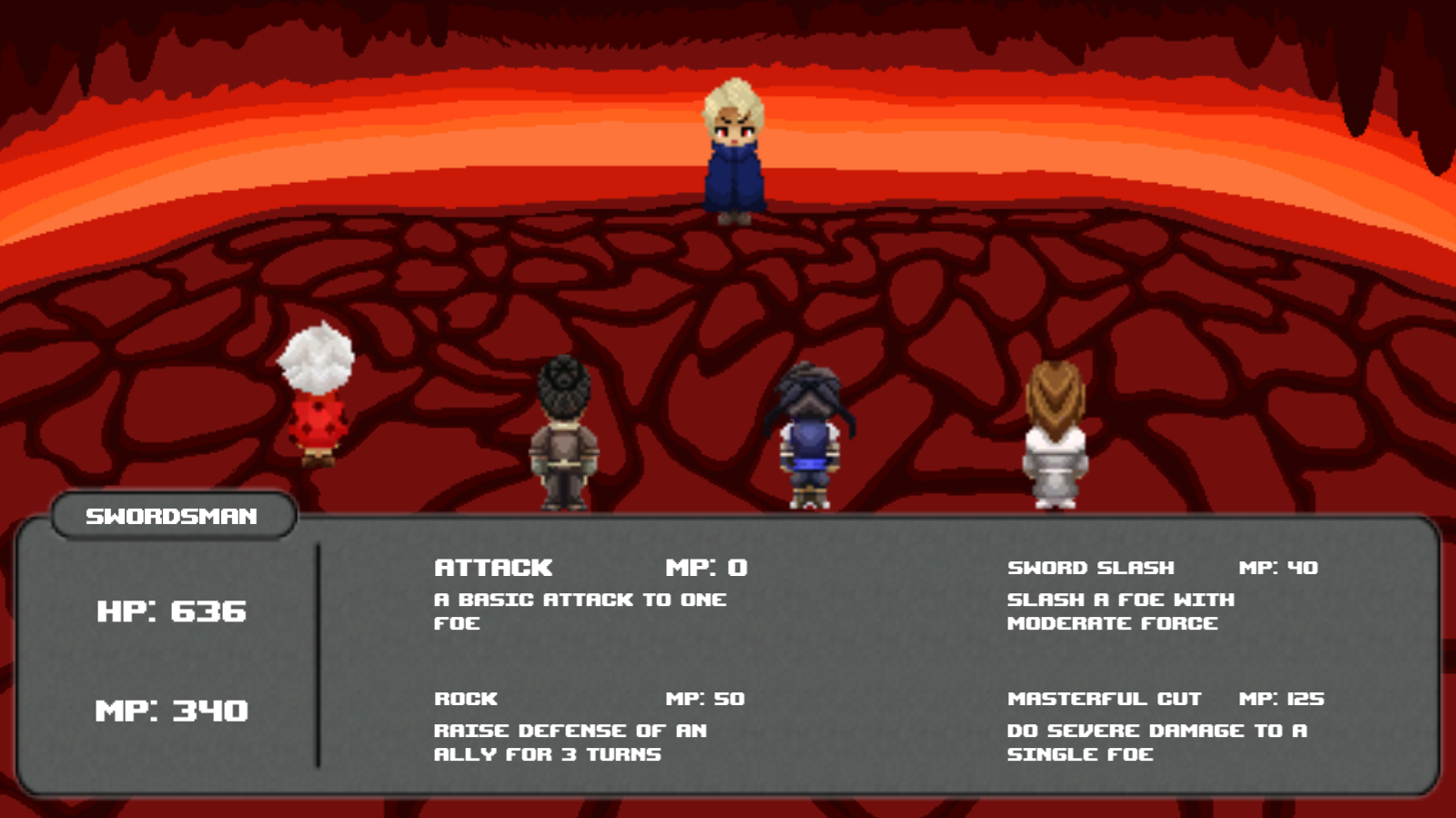 The idea was to make a Japanese role-playing game that had an old school look. The art would be pixel art and the combat turn-based. We planned on bringing the large scope of the game down from the start. The most important things we got done were the battle system, sprites for the party and enemies and the dungeon level. 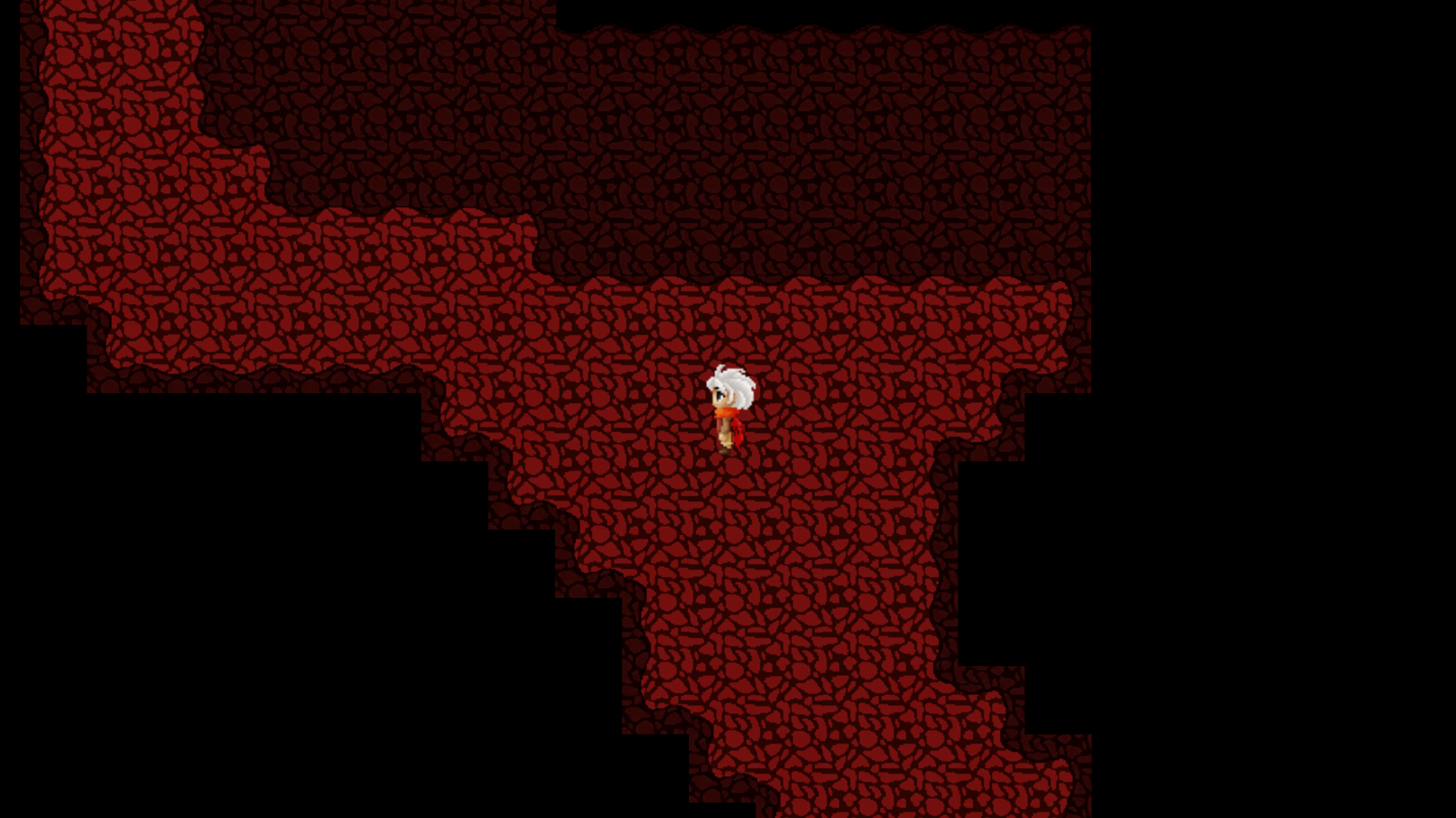 We tried to have something playable each week while still getting things done. Some weeks we would get very little done and during others (especially nearing the end) we managed to do more than the previous three weeks.

We could have done a better job distributing the work and fixing problems with communication and time management. We got a good amount done, though. The battle system and sprites are good and took a long time to make.

The project was fun and taught the team a lot. 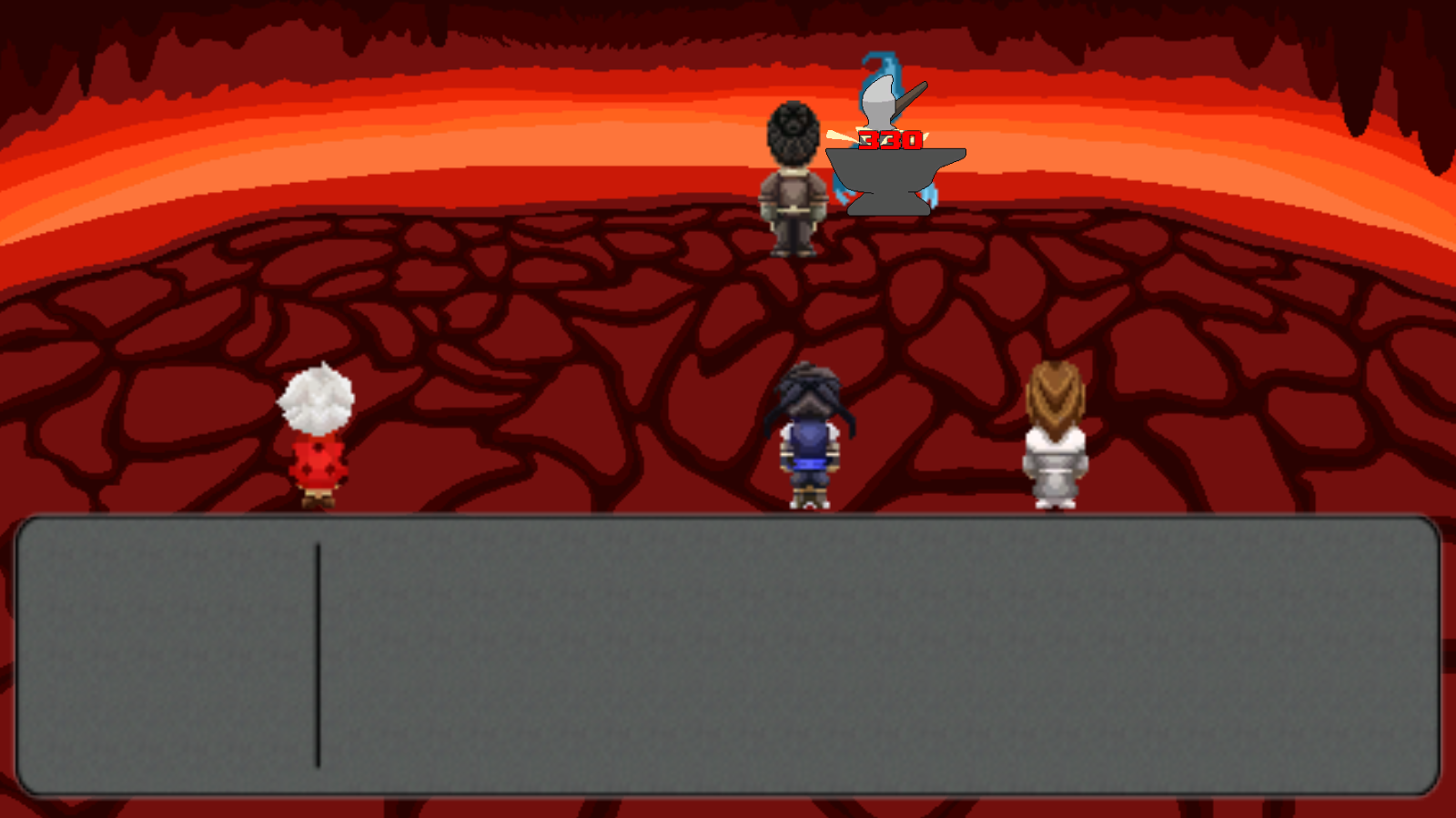 Link to a Playable Version of the Game