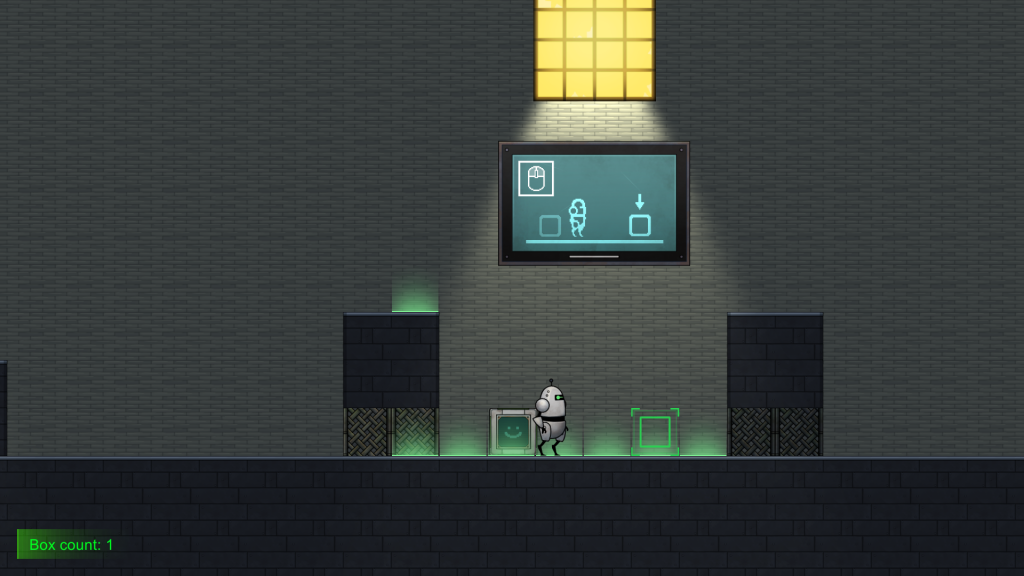 Robobox is a 2D puzzle-platformer game where you play as a robot that commands box-shaped minions. The boxes are used to build structures, such as towers and bridges, to solve puzzles and get the player through each level. The levels are hand-built, compact and feature challenges of varying difficulty.

The player’s controls are simple movement and jumping, while the main focus of the game is in moving the boxes. The boxes can be attached to each other’s sides in any possible way and placed on buttons to activate doors. 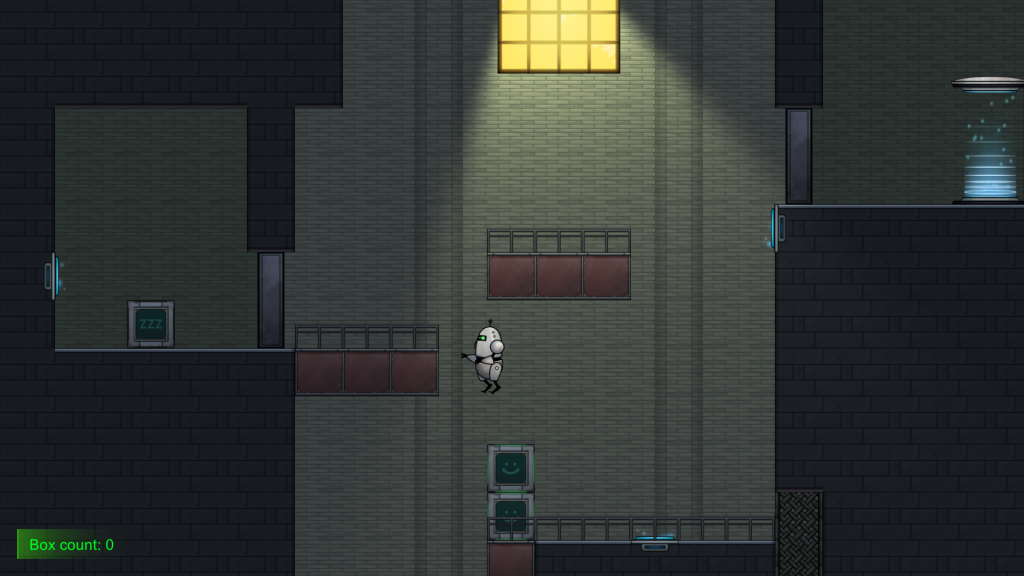 The design process started with a card game. We had a pack of cards each containing one game mechanic and picked five random cards from the pack. After that we thought of a game concept that would contain all of the chosen game mechanics and fit into the three-month time frame. One of the ideas was a platformer in which the player creates new platforms using living boxes, which we decided to start working on.

In the beginning the game was focused more on the platformer part. We thought about adding more features, like combat, but quickly came to the conclusion that it wouldn’t fit the rest of the gameplay and scrapped it. Other features that were considered were lasers and reflective surfaces for more puzzle variety, wall magnets for more box placement options and a hub level. Eventually all of those features got dropped because ultimately we wanted the game to be simple and focus on solving puzzles with the boxes.

The levels were first going to be longer and the player would find more boxes on the way and sometimes abandon them to make progress. However, being forced to leave the boxes behind and to go back to pick them up again caused mixed reactions during our playtests. As a result, the levels were scaled down and the player was given the ability to teleport all boxes to their own location at any moment.