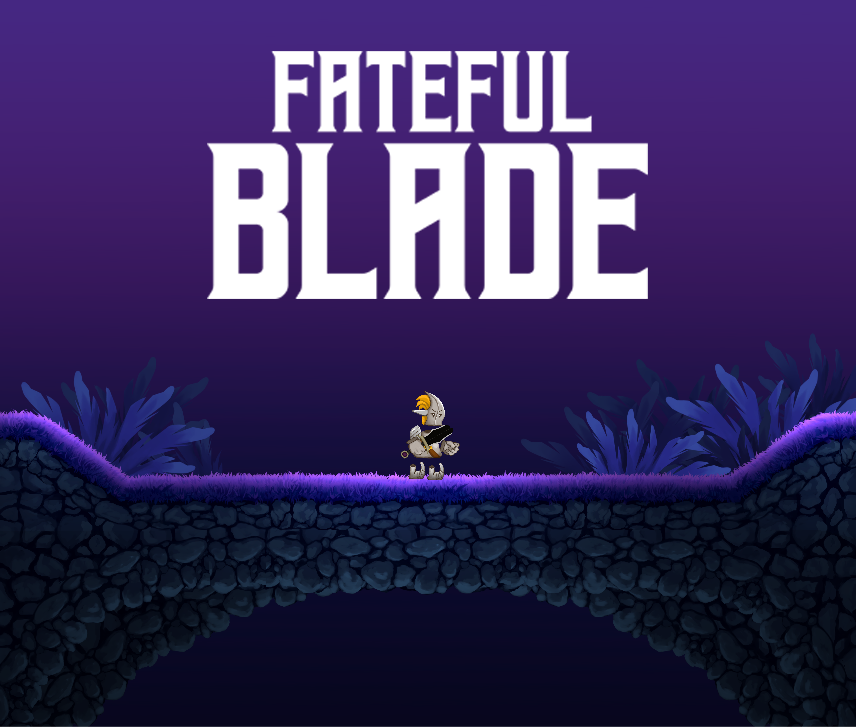 Team Last of Us

You find a castle that has fell into ruins in an unknown land. Use your wits and guts, spells and potions to discover the missing piece of your magical sword in this platforming-fighting game.

Jump and swing your sword to destroy the enemies.  Dash in 8 different directions for bigger jumps and quick attacks. Cast spells to infuse your sword with fire, ice and lightning, which all have their own effects. Spells and potions can be bought from the Shopkeeper, if you’re able to find him.

The game is made for Xbox 360 controller and keyboard.

The whole idea began with the concept of collecting sword pieces in stages that took place in different settings. Your sword and its range would grow, but also add weight with every piece. We decided to take this function out early on, since no player would be happy with the gameplay becoming slower.

We also realized that making several stages would take a lot more time than we had anticipated, so we concentrated on making one, good stage with functioning mechanics.

Making the player movement probably took most of the time in the development, since it has to be spot on for this kind of game to work. After many iterations and months of work, we are satisfied with it.

After the movement was working, we could finally start to concentrate on level design and making the enemies.

This was a huge learning experience for all of us, since we used a lot of Unity’s new features we hadn’t tried before. Artists had to learn to use Unity’s 2D animations, level designer learned to use Sprite Shape, and the main programmer had to learn the best way to add sounds and how to make a great UI.

We kept working until the last minute, making sure no bugs were left behind and the game would work as a whole.

Hardest part of making the game was to come up with the name. We wanted the name to have “knife” or “sword” or something. The working title, “Very Dark Broken Sword Growing In Length”, or shortly “Growing Sword”, wasn’t the best name. All the cool titles with sword were taken, so we hunted synonyms of sword for several hours.

The project was fun to make, and we all learned a lot of new skills. There were no falling outs, and we are satisfied with the end results. And even though there was a setback here and there, and some other courses taking concentration away from the game’s development (Fan dig svenska!), we were able to finish everything on time.