Lost Station is a retro-style 2D-platformer where you play as a mysterious space boy (or girl, no one knows) sent to explore a long-lost space station. The goal of the game is to complete all eight levels filled with mutant tardigrades – or die trying.

The game features floaty, free-form movement, designed to let the player tackle challenges in multiple ways. You can jump high with moon gravity, fly around with your jet-pack, and kill enemies with your butt-stomp. The levels are a sci-fi-themed wild ride, with plenty of verticality and wide jumps to conquer. 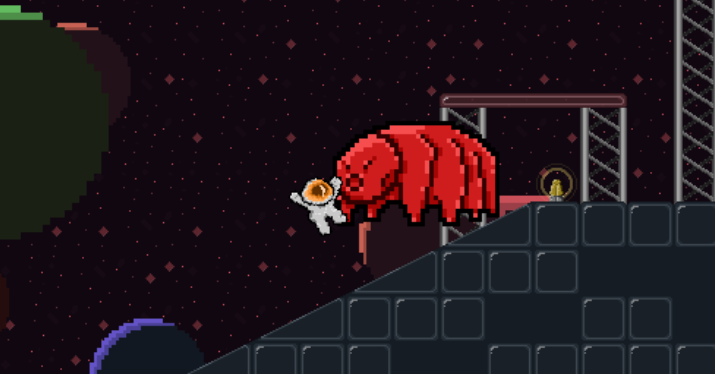 The idea for the game came early for us. We made earlier a proto game named ‘Moon Mario‘ and decided to make an amazing game out of it. We obviously wanted to do something bigger, so by the time the second month of GameCamp rolled around, we were able to do eight levels and were really happy about it.

During the development, we faced a few problems with the engine and scripting. We don’t know if we did some things wrong or were just plain unlucky, but in some cases even the senior students couldn’t help us. We also faced some problems with implementing the audio. That is the reason for the sounds not being that vivid.