Play in a wonderful and soft dreamworld, defending the innocent dreamer against gruesome nightmare incarnations! Plant super cute towers to stop the monsters from getting through and ruining the lovely dream! Try to manage your money to handle bigger and bigger waves of even scarier monsters! Use different towers to counter different nightmare creatures! 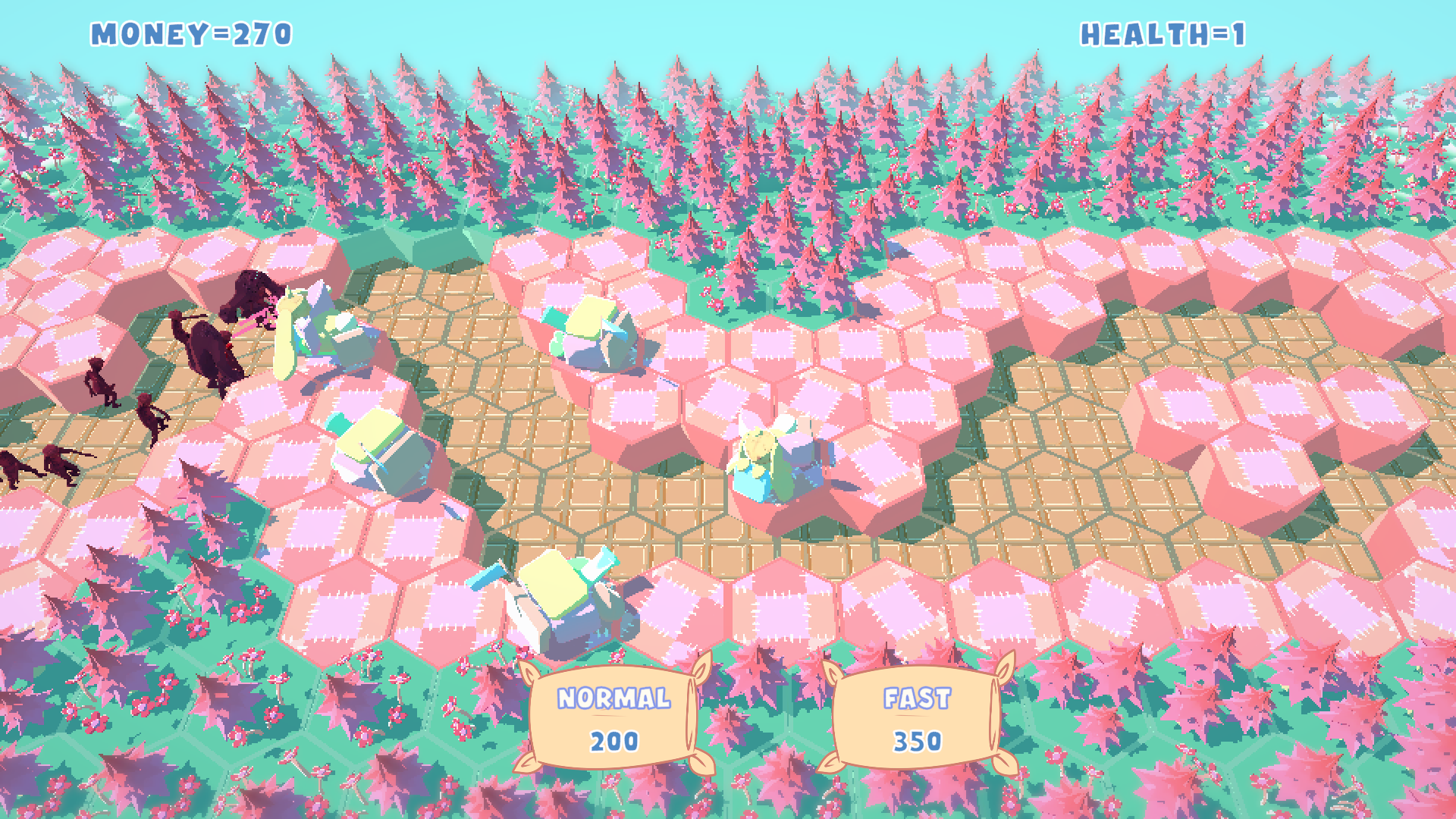 The development started with the concept of nightmare vs dreamworld tower defense game. We wanted to have gruesome monsters and cute critters in the same game as it would make all the parties happy. We also had some very specific technical things we wanted to use, like automatically generated tilemaps and a pixel graphic filter on top of 3D-models. We started very early with some concept art of the towers, the monsters, some moodboards and planning of color palettes.

Though the start’s motivation began to fade after the initial weeks, we still managed to turn out a pretty awesome game. Of course, as with every game, our initial scope was too large and we had to cut out some amazing ideas. They included things like a spreading corruption that visually showed how far the enemies had gotten, a couple more towers and a backstory with a sleeping child whose dreams the towers were protecting.