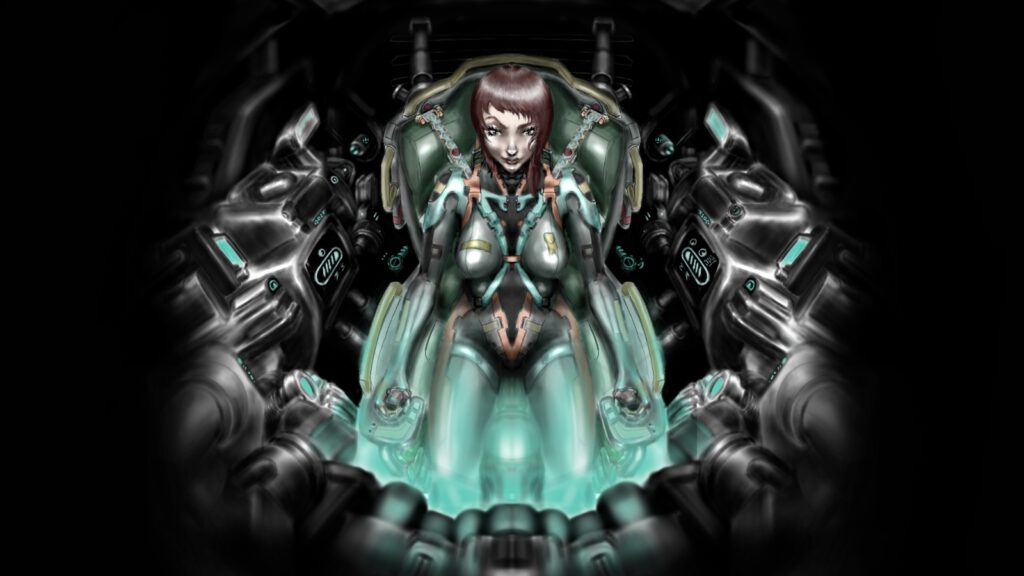 A third person shooter with roguelike elements, based on a sci-fi world and story made by Luiz.
In the game you play as a mecha pilot, chosen for the C.H.I.L.D project. You carry an important mission as a key component in solving the war between humanity and The Omega, an empire of robotic beings united by their common faith. You level your character’s stats through conversations (a series of one-shot, 5-dialogue-option interactions) with the child you’re pregnant with. 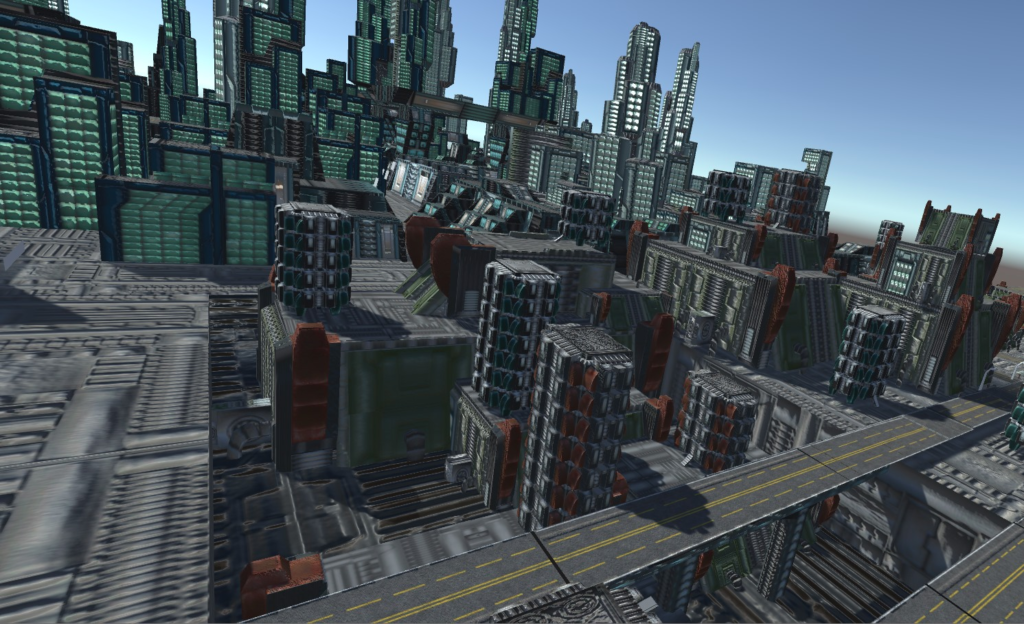 Coding went very fluently. We had two coders on this project and we made clear distinction on what each of the coders would do. I was in charge of coding the UI and everything related to it, for example stats, dialogue, sounds, inventory, saving and loading and so on.

Onni was in charge of coding all the gameplay elements. I did not need to code anything 3D or physics relates, which was the plan all along. Only problems we had in the beginning and a little bit in the middle was merging our branches to the master.

Good thing was that we rarely touched each other’s scripts or the same scene, so the merge conflicts were easy to solve. 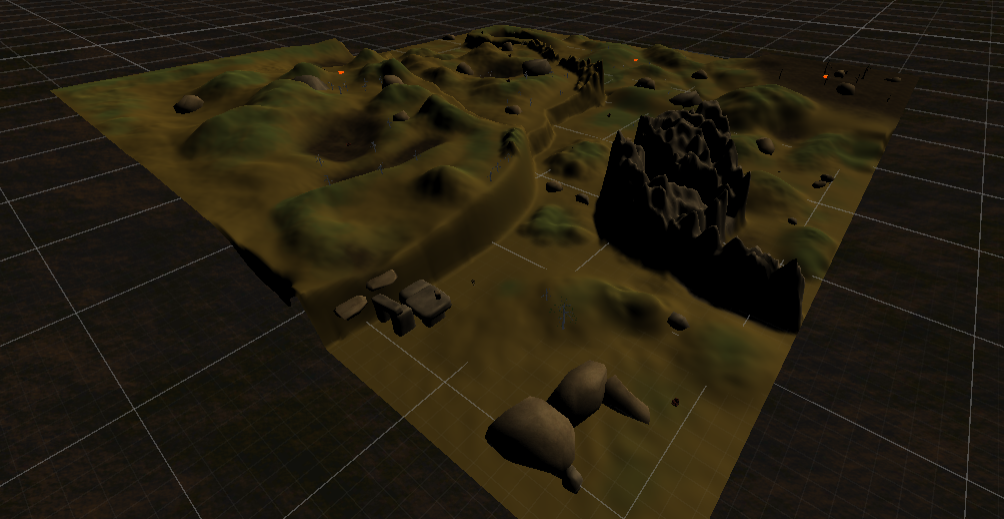 Developing and coding the gameplay elements went smoother than in my earlier projects, but I had trouble with some aspects, namely the third-person camera controller, which I swapped from one made by me to Unity’s Cinemachine, and the character controller’s ground detection feature. In the end I’m happy with how most of the game’s elements turned out and I think the project was a success and a great learning opportunity.

Art development poses its own set of challenges. The concept art for the enemies wasn’t solid at all at first, but as the game progressed it gained a slightly more cohesive identity. Overall, I didn’t come up with a clear and original visual identity for the enemies, but at least it was partially cohesive. Texturing took an extremely long time, but in the end it mostly paid off in the form of a dramatic quality improvement in relation to my earlier projects.

3D modelling went a lot faster, with the exception of weight painting, which had its own pitfalls as I have never weight-painted a mechanic body before. Since the joints aren’t stretchy, isolating the painting from each articulation was quite difficult. The result was the most successful in the form of the main character’s model, a giant mech with which I’m quite satisfied (especially its animations).

I have rarely finished a 2D digital artwork, especially one with such visual complexity as the one used in the title screen portrait of a pilot in the cockpit. That was achieved through such careful handling of digital art program features the likes of which I have never done before.

The environmental props turned out glitchy, with missing faces, without the normal maps I had made for them and placed in a very messy manner in the levels. The biggest mistake here was having started transferring most of the content from Blender to Unity in such a late stage of development that I couldn’t find enough time to fix them there. Not having given enough focus to Unity was the downfall of this project from the artistic perspective.

I’m quite proud of the 3D mecha design and animations and especially the 2D portrait of the pilot in her cockpit that serves as the title screen. I came out of this project a much more meticulous and methodical artist, something I was in dire need for. 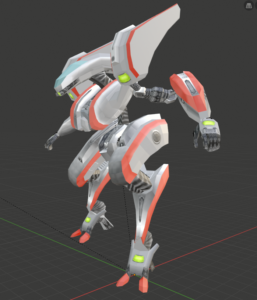 Making maps took longer than expected, especially that they had to be large due to the huge player model (15 meters tall). Everything looks so much different up high so it was quite hard to get into that mindset. But humans are adaptive creatures. After a few trashed attempts, things started to look better. Making interesting and big maps is challenging but I think we succeeded well. Some polishing would be good but time ran out.

My responsibility in the art department was enemy character concept art, texturing and I also did a couple basic models at the end as well. My texturing started out as making completely new textures from scratch, and in the later parts of development I started reusing and reassigning parts of already made textures. I learned mostly from my teammates, and while I had little experience in doing textures from before, I learned a lot more new during this project.

In this project I was the audio designer focusing on sound effects. I had zero experience in making sound effects for games prior to this project so right from the beginning I knew that I was facing an interesting challenge!

Luckily I did have some experience with working with DAW’s so I didn’t have to completely learn a new software. Still I spent countless hours researching game audio, watching tutorials and just trying out stuff. I’ve learned a lot about audio design during this summer, but still have a long way to go in mastering the secrets of it.

During the project I had almost complete artistic freedom in producing the sounds needed for the game, but also managed to fulfill some great ideas from the team members. All of the sounds that were made did not get implemented, but we still got a great set of good sounds that makes the game a bit more vibrant.