Game idea was to combine visual novel into 2d platformer. Game setting was set to hell, mixing 7 deadly sins and layers of hell we best known from the book Dante’s inferno. In game you had choices that would raise or lower your empathy points and give you different ending depending on those choices you have made. Platforming part would be simple, mostly to have player more options to explore around. 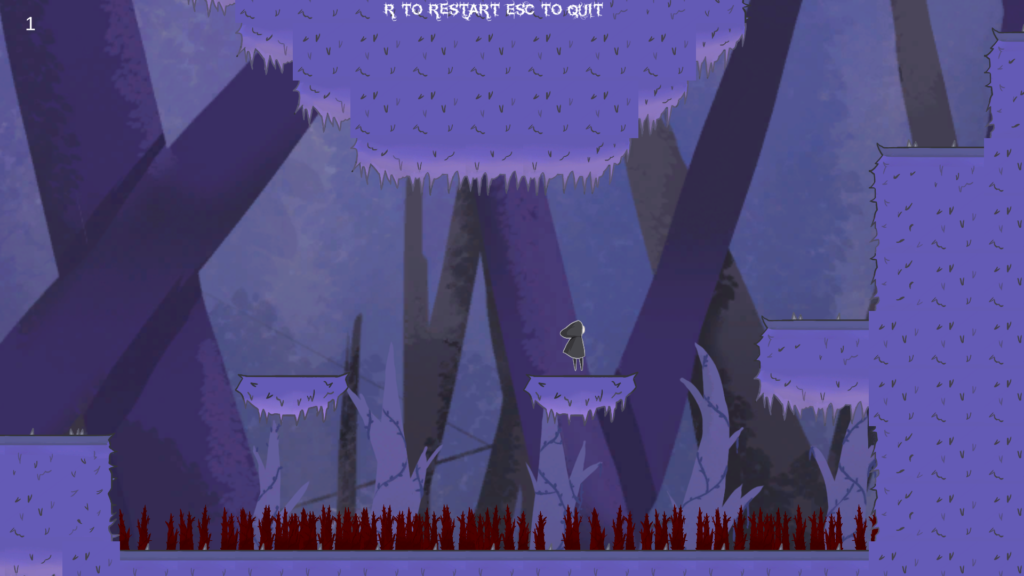 At the begin we brainstormed lots of ideas and picked things we liked most in the end. Visual novel and platformer ideas were top candidates, thus made sense to try mix them somehow. Next, we thought about possibly interesting setting and did end up going with hell theme with personal growth as backstory. Dante’s inferno was heavily inspiring for the story. Idea was to have different set of art and levels for every layer of hell and sin.

Developing the platformer part of the game was inspired from hollow knight, to have that control of your character that could feel good and keep the player in charge. For level designing we first had levels that could take few minutes to explore and complete, but after feedback we cut those levels shorter.

Unfortunately, our visual novel part didn’t make it in time, so it had to be cut from build and the game is not ready for release.