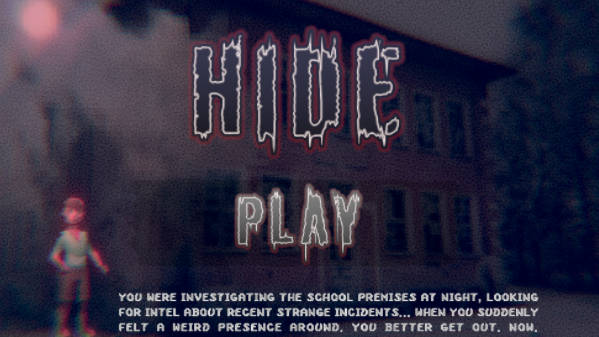 HIDE is a horror game in which the player takes control of a young boy, investigating his school in the middle of the night. Unfortunately, he’s not alone, and to escape the building, he will have to gather items and unlock doors while hiding from a mysterious monster, wandering in the corridors looking for prey.

We were greatly inspired by the indie game “Walk 散歩”, a PS1-stylized game taking place in a japanese setting, where a schoolgirl is chased by a yokaï on her way home. We really liked this visual style, and as we already created PS1-like assets for a previous game,  we decided to stick to it for our bigger project.

The game revolves around simple horror-game mechanics such as exploring the school, finding items to progress and open locked areas, and finally getting out of the building, all the while avoiding getting caught by the enemy. The player can crouch behind props to avoid getting seen, or try to outrun the monster during chases. 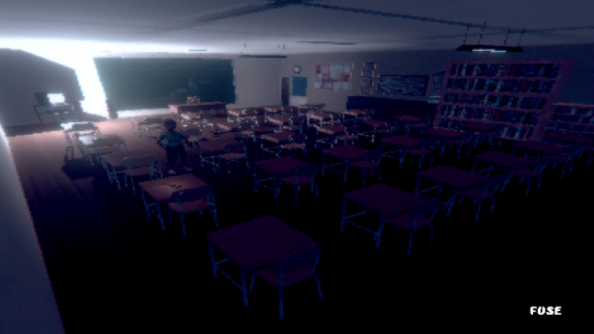 We started thinking about the context of our game, and as we appreciated the idea of having a “kid main character”, we quickly came up with the idea of a school setting. We created a circle layout that would allow players to always have a way to reach the desired area, without ever being totally blocked in a corner by the monster.

The artists started making props to fill the different rooms (classrooms, cafeteria, lounge…), respecting the PSX-style, by modeling with as few triangles as possible and low-res pixelated textures.

Our programmer focused on making the enemy AI, by giving it a path routine, making it wander through the building and react to the presence of the player in its detection radius. 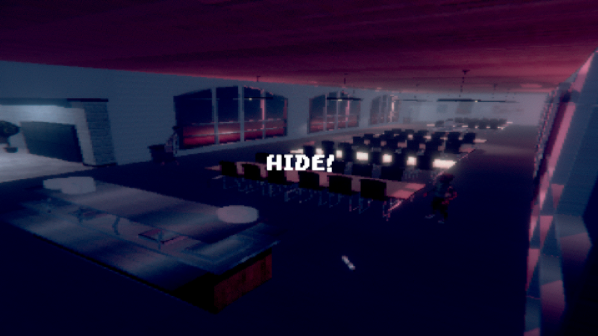 It would also be our biggest challenge, as the monster would sometimes get stuck in walls or not react to the player at all. But we were aware from the start of the difficulty of making such a balanced AI which wouldn’t be too powerful, but also enough of a threat to keep players on their toes.

We learned a lot about PSX-style visuals, helped by renderers and lots of post-processing effects, also about event triggers that would block players’ progression until they find the appropriate item.

All in all, development went quite smoothly! Being a small team definitely helped us to keep an organized schedule and have efficient communication along the project!