Our idea for the game was to create a 2D Wave Based Survival game set in an abandoned space station filled with aliens. You as the player take the role of a Mecha and your objective in the game is to survive as many waves as you can.

The development of the game started off with creating a prototype where we tested out the movement and shooting mechanics. Placeholder art was used for the first couple of builds until the core mechanics were up and running.

A week after the first test version was created we managed to implement the level into the game in which the player could roam around the station and shoot some aliens. 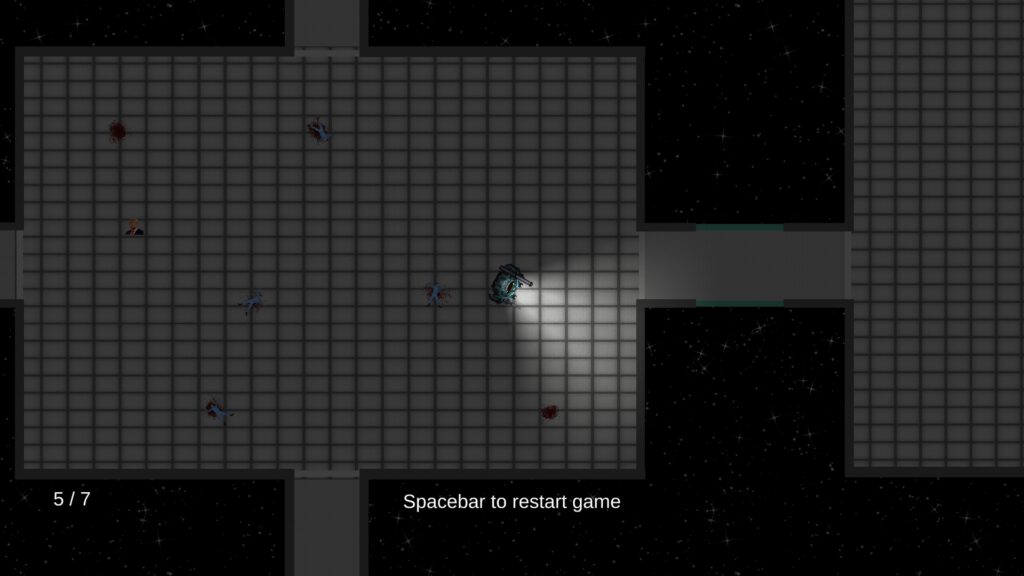 During the middle part of the project many of the critical mechanics were added into the game, such as keycards for the doors and giving the player the ability to upgrade their abilities and weaponry.

Final weeks of the project were mainly used to add more assets to bring extra atmosphere to the level. Feedback for the player was a huge focus during the final two weeks of development.

During the last week of the project the team did some final adjustments to the game. Bug fixing and game balancing were not the only things that the last week included. Online leaderboard where the players could see the longest surviving players was also implemented. 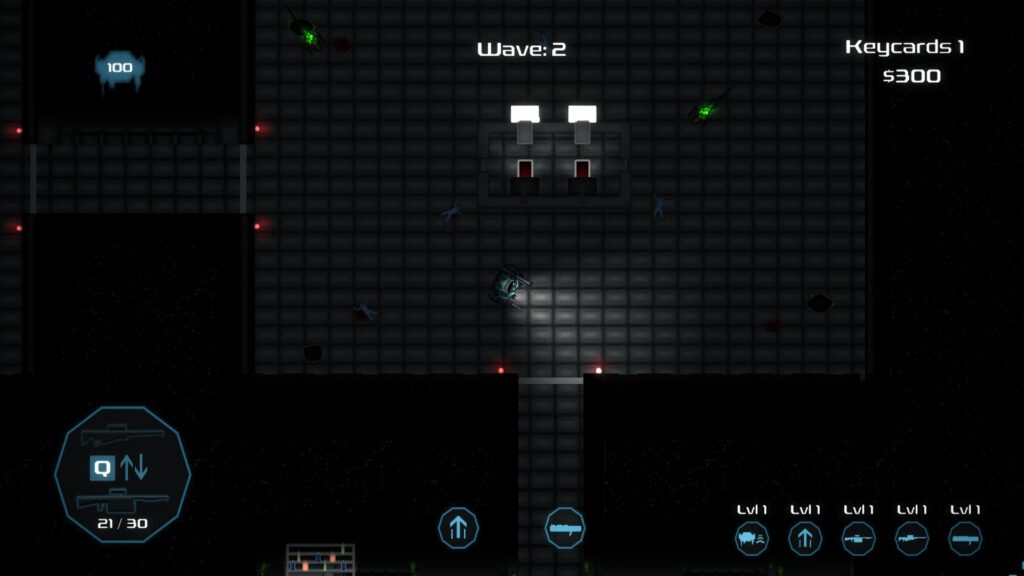 Each week felt like a great leap for the project in terms of the content and mechanics. The biggest goals of this project was to keep the scale of the project in control so there is no burnout and for everyone in the team to learn more about working as a team to create a game and figuring out the quirks and secrets of Unity.