We swooped into our final GC21 project hungering for an FPS game, since none of the team members had worked on one before, but all of us had a special place in our hearts for the genre. For inspiration, we peered quite far into the past;  to the days of Quake and Unreal Tournament, where the polygons were few and the gameplay fast.

Dual wielding and gliding became a core part of the player’s arsenal, since we wanted to have a thing or two to differentiate our game from most games in the genre being published, even if neither of those things – on their own – were anything new or unique.

So that’s how Transgressor crawled out of its sarcophagus. 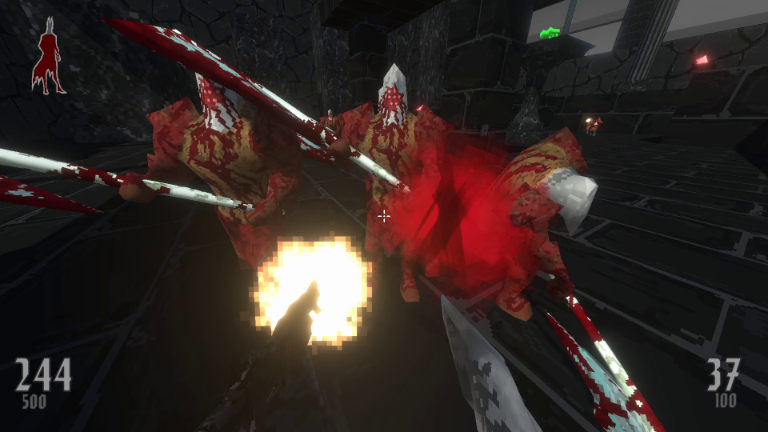 With a lot of shooting comes a lot of tomato sauce, so what better theme to go with than vampires? Choosing to be a bit more Legacy of Kain than Twilight, our designs took influence from both the ancient and the gothic, feral and civilized. We wanted the player character to tower over most enemies as they rained carnage across the level, be it on foot or leather wings, and made you feel like a god playing 4D chess with mere mortals.

Also – perks of being a vampiric creature – bathing in the blood of your enemies heals you, and if you miss the showers, you can always pop their corpses like human-sized pimples with a melee attack. Neat.

We hit the ground running on the first week, where our programmers created a strong framework on which the rest of the game was promptly built; at least on the technical side of things. Since we were about to move fast and shoot hard, a lot of testing and thought had to go into not just designing the level, but making sure it felt as good as possible to traverse.

For one of the programmers, it was the first time trying out Unity’s NavMesh system for the AI navigation, which proved to be a bit challenging, especially in a game where the platforms are large and far between and there’s a considerable amount of verticality to take into account. We also got to try out some of the shader graph basics and now understand what kind of things can be done with it and how it could be utilized in the future. 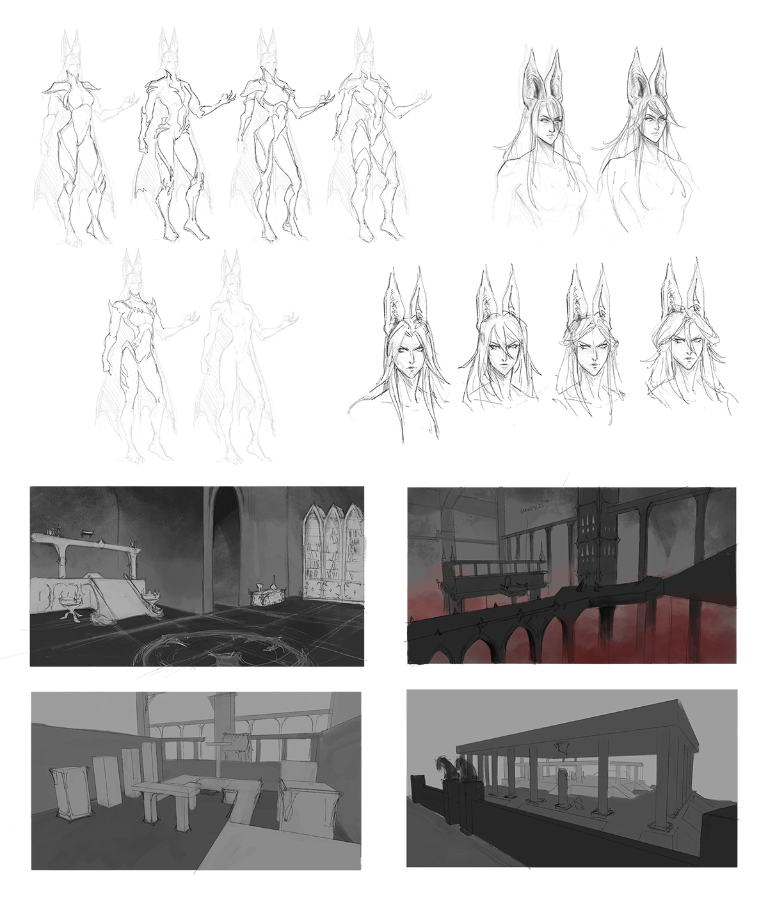 On the art side of things, plenty of firsts were also experienced; our character/weapons artist had minimal experience with Blender – or 3D modelling in overall – and a lot of things had to be studied up and learnt while working on the assets. Naturally, crafting a larger scale environment also had its own struggles and challenges to overcome.

A few weeks into the project, it became very clear to us that this was something we’d love to work just a bit longer on, and thus paced our work accordingly. This, however, meant that the game wouldn’t be “finished” during the summer, but rather, we set our sights on an itch.io release later in the year.