The idea was to make a side scrolling beat em up game with cyberpunk theme that had some rpg mechanics. The player has punch, heavy punch and a block to use and in the second level if the player has enough money the player can upgrade his fist. The player progresses through two exciting levels to win the game. 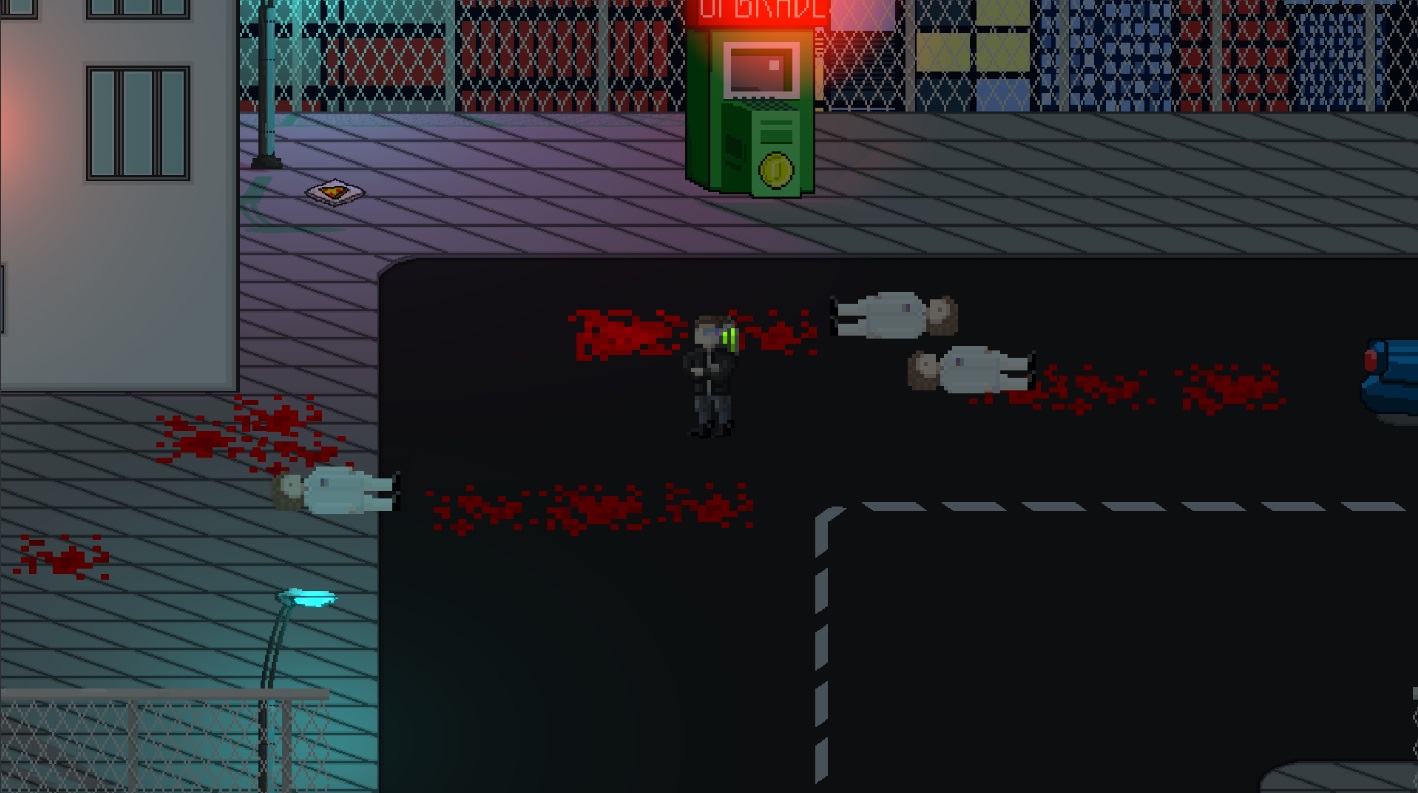 The scope of the game was originally bigger with more enemies, upgrades and weapons. However as the development progressed, we had to narrow down our ideas and make decisions on what were the most important elements and ideas we wanted to keep. In the end we kept only one of the weapons as a permanent upgrade as rest of the initial ideas didn’t fit the theme or we deemed them as low priority features to add. The core gameplay we wanted was achieved nonetheless.

We wanted to make the game look as cyberpunk as possible with synthwave music and neon lighting. Making the lighting work in the game was hard, but we got it to work in the end and we think the lighting makes the game stand out. Artstyle used was pixel art because both artists were familiar with it and pixel art is cool.