Fallout City is city builder game where you try to build city in post-apocalyptic world. As your population rises, your citizen unlocks different “Needs” like safety and healthcare that are fulfilled with new buildings that are unlocked at the same time.

Fallout City isn’t 100% complete yet, for example its missing way you can lose the game and some other minor things.

We had a lot ideas for mechanics and other stuff that never made it into the game, mostly because of the lack of time. 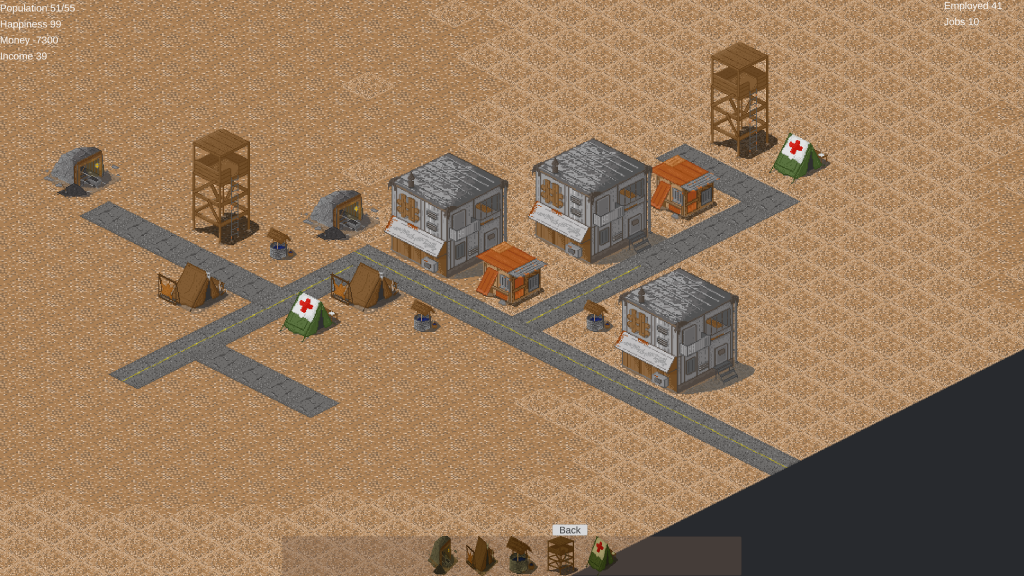 At the start it was kind of difficult to get enough things to do for 3 programmers, also we had a lot of skill level differences in programming so it made it even more difficult at start.

We had some problems with Unity’s own isometric tilemap, but after figuring out how it works, most of the development went without any bigger problems.

At this moment we also had rough idea of which game mechanics we needed to drop out so we would have somewhat playable game before final day of the project.

In the end our game missed some core ideas we had planned, but one of our team’s main focus was on learning game development.