Flail or Die is unique multiplayer arena game. Game mechanics are fun and simple to grasp. Player controls a plain character equipped with a medieval flail. Characters are battling against each other atop the tower. The last man standing is the winner. In addition to hitting another player with a flail it is possible to fall to the death from the tower or disarm an opponent.
Game visuals are made clear for a player. Art style is based on medieval era. Props on the tower are minimalistic to help keep focus on the game. Characters are quite colourful to further differiante characters from each other.
Flair or Die has a starting screen where players can join the game. After joining the game a player can identify his/her character by controlling the characters hands. This neat trick opens a new whole minigame for player to have fun with. 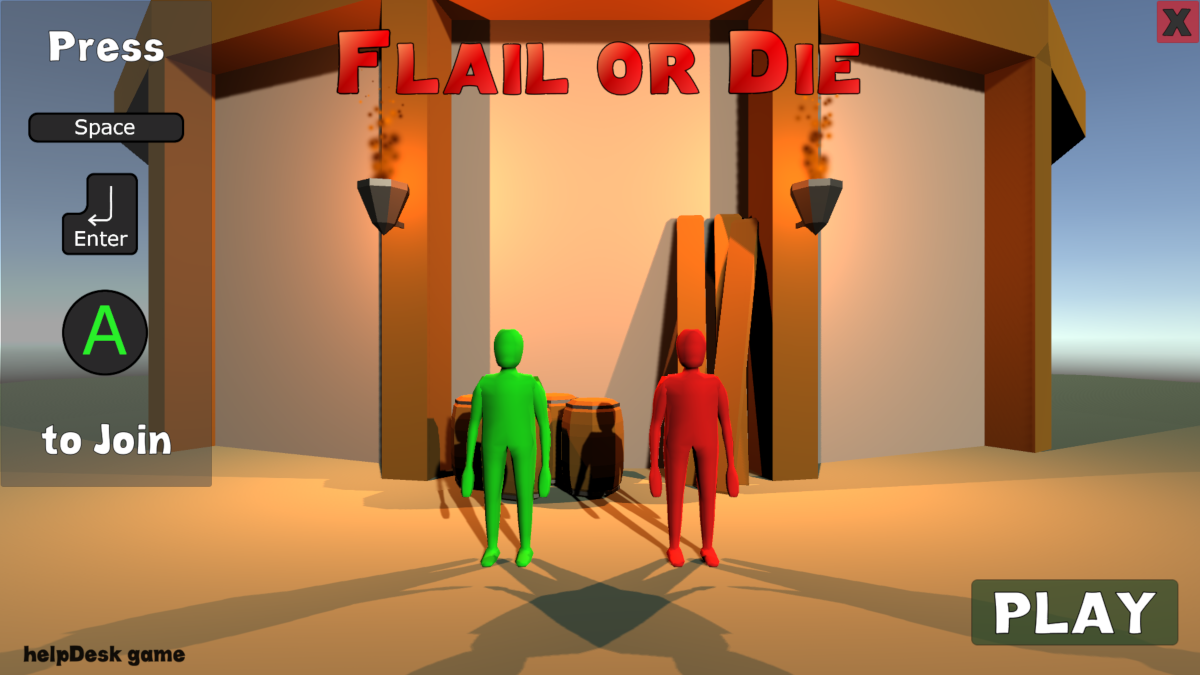 Game idea is based on all the similiar top-down arena fighting games. Visuals are simply from generic medieval times apart from the character design. Characters are kept as plain as possible to keep them visually appealing for the audience.
Game is using Unity engine, 3D-design is made with Blender graphics toolset, and some textures are done with GIMP image editor. Sound design is outsourced. Five weeks were spent on the developing of the game. 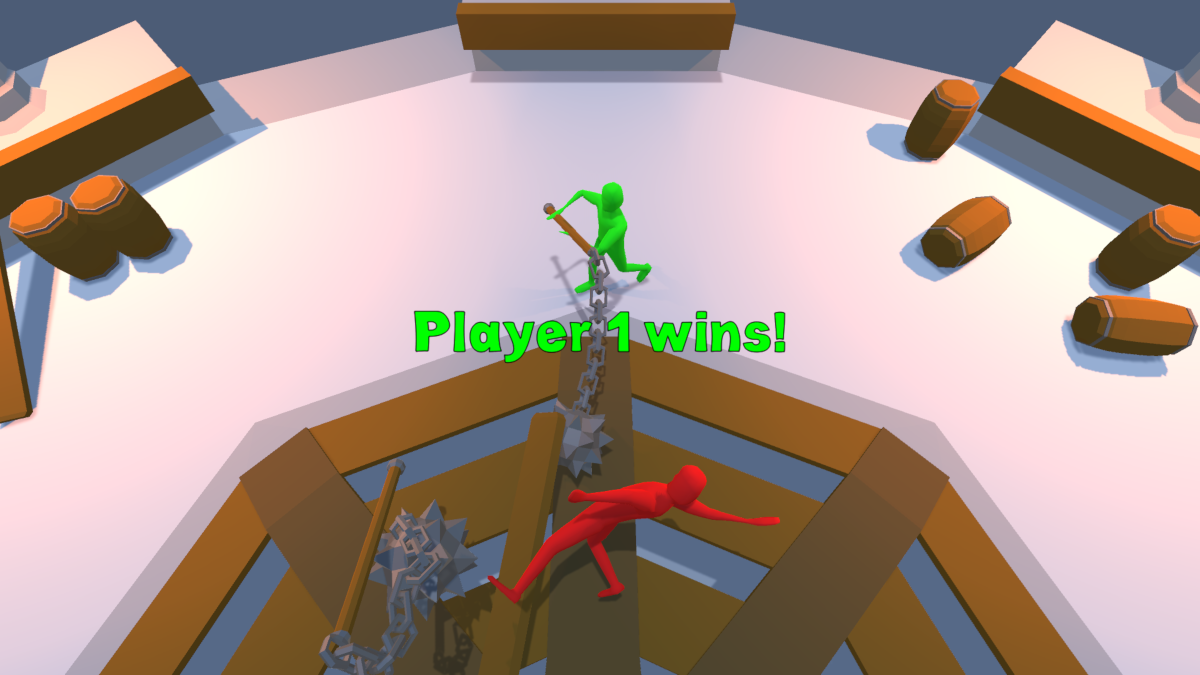