The game idea came from combining two popular game genres: auto-chess and roguelike games. The idea was to make a single player game that plays like auto-chess but has roguelike style progression where player progresses through nodes on a map in a pseudo random environment. We had a lot of different ideas for the execution and ultimately ended up in a Heroes of Might and Magic styled hexagonal grid combat system where the units fight automatically. Player only chooses the starting positions for the units and presses a button to start the fight. Player is then supposed to click nodes on a generated map to progress through increasingly difficult fights. Player would encounter shop nodes on the way where they could purchase different units. The units could be upgraded along the way. Losing a fight would cause the enemy units to damage the players total health. Reaching 0 health would result in a game over. 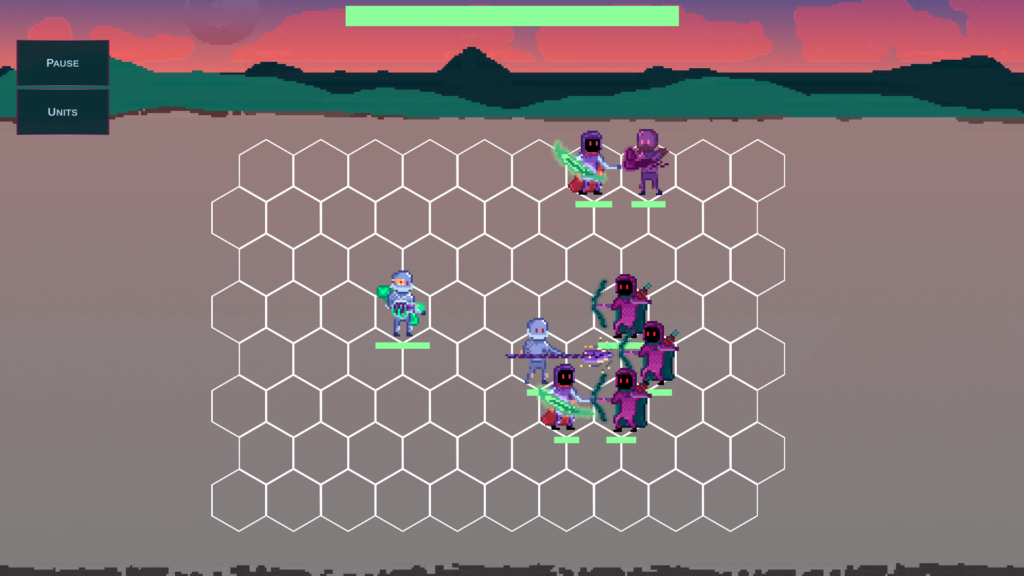 The start of the development was kind of difficult since the idea of the game wasn’t completely figured out. We didn’t know how we would distribute the work. We started with the combat system.

There were lots of personal issues during the period which greatly hindered the development process. Towards the end the motivation for the project was low since we knew that we didn’t have time to finish the product for the end of the  GameCamp. 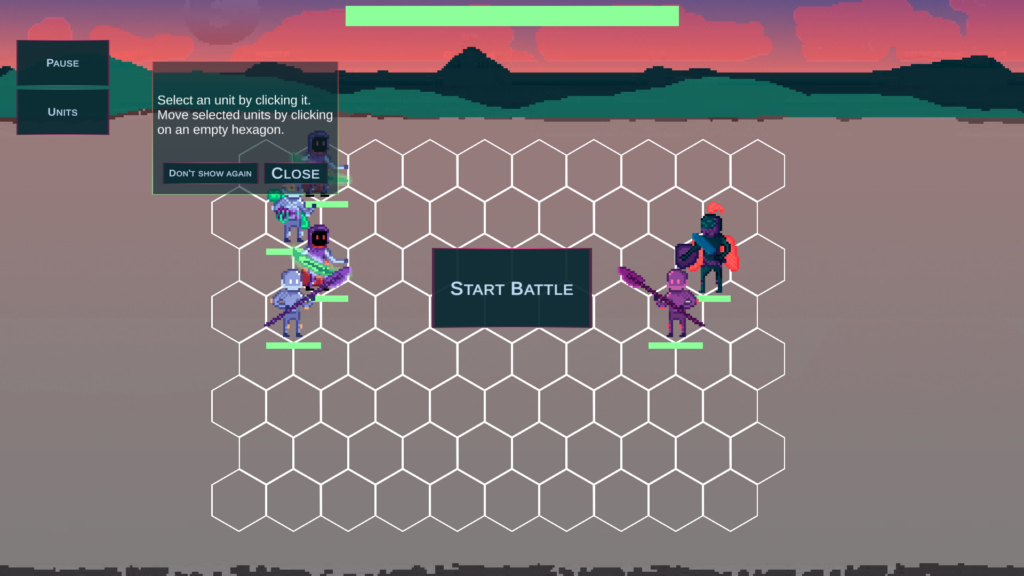 For the  end product  we managed to finish the combat system which works well. We managed to get a decent  amount  of units with different stats for variety. The map for the game remains very unfinished and we don’t have a shop nor  a  upgrade screen for the units. The difficulty progression and  an  end goal are also missing.

We had too large scope for the game and once problems arose the project didn’t get finished as a game. Still, the project taught us things with game development. One of the biggest learning experiences was to make a game in hexagonal grid. It required a lot of planning with programming- and  artwise  that wasn’t predictable in the beginning. 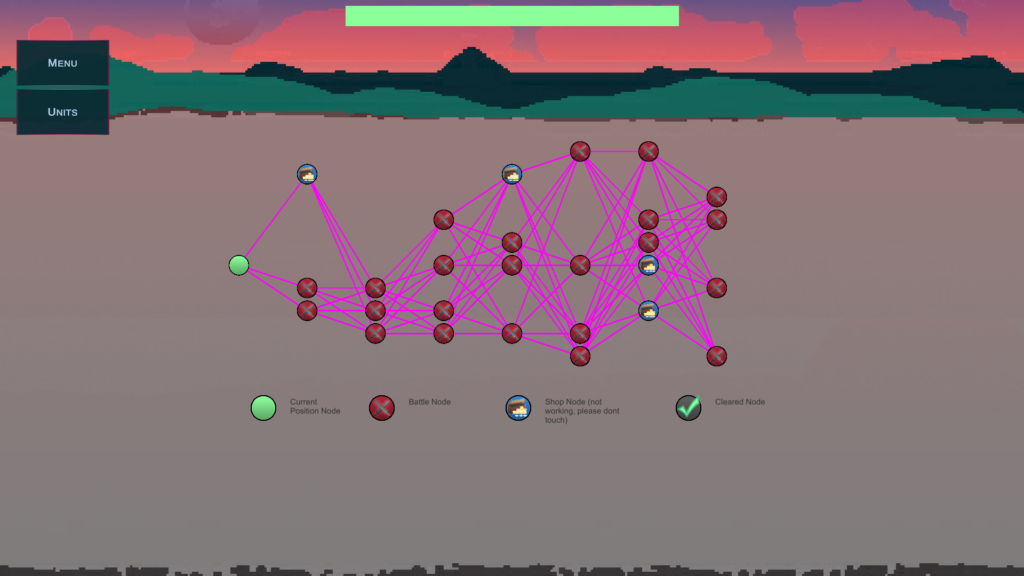