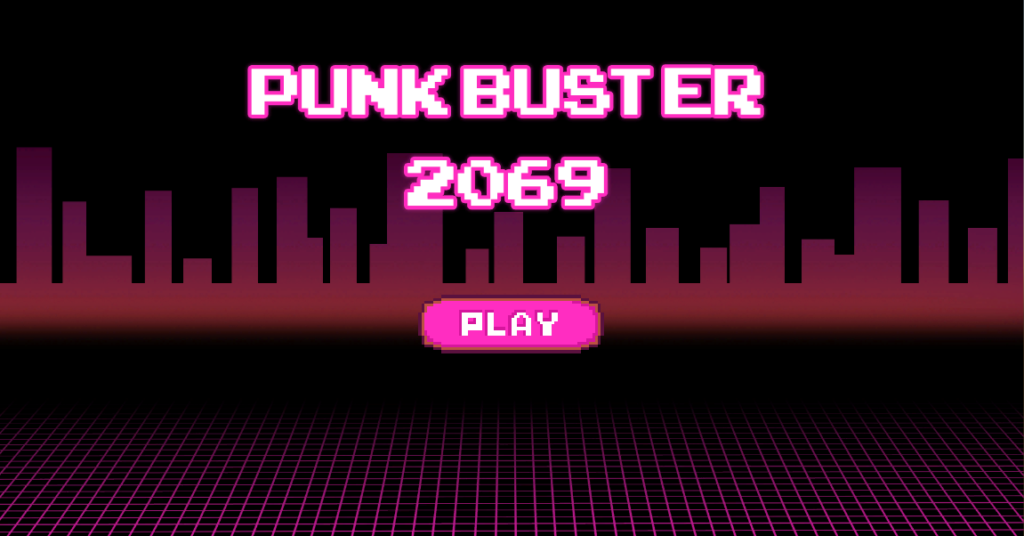 Being already a battle-worn veteran in the world of competitive shooter games, Eero suggested that we make a first-person shooting gallery as our first week prototype. After the initial shock of hearing each others voices for the first time over Discord, we started cooking up some hot ideas and eventually decided to go for the cyberpunk theme. While not taking the project itself too seriously, the end result made the whole team proud.

Next few weeks passed, prototypes were made, sleep rhythms were disturbed, levels of sanity were questioned and everybody was having generally a good time. We now had the chance to dedicate the next 4 weeks into a bigger project. Eero – having already emotionally invested into Punk Buster 2069 – pitched the idea of trying to finish the project into a more fleshed out version. Riding his neverending love and enthusiasm for Spas 12-shotgun, the team managed to dish out a decent game.

The core gameplay revolves around shooting stationary enemies that shoot you back and drop health or ammo pick ups. You have 3 different weapons and 3 different maps to choose from. The game ends once you clear the level or you lose all your health. The game calculates your clear time and accuracy percentage. 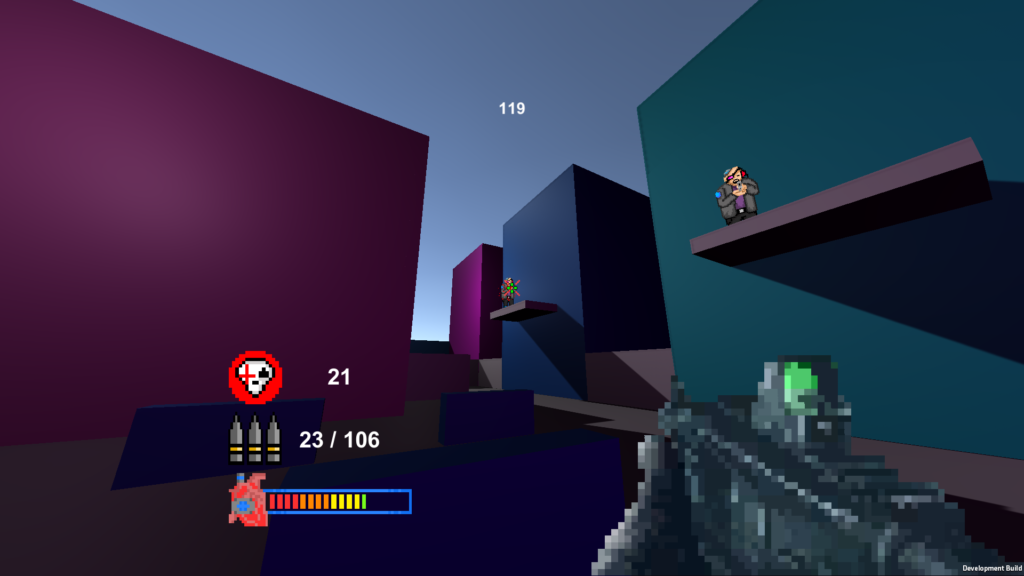 Realizing our ideas into a functioning game was a rather streamlined process. Everybody had their own set of things they were expected to deliver. We did implementations and testing piece by piece to ensure functionality and progress on the project.

There were many first-timers in the team, so listing what we learned is a bit of a stretch. Instead, let it be mentioned that the whole team got a solid experience of game development in its core. All of us worked hard and we put in our best effort to have a game we can present to others while holding our heads high.