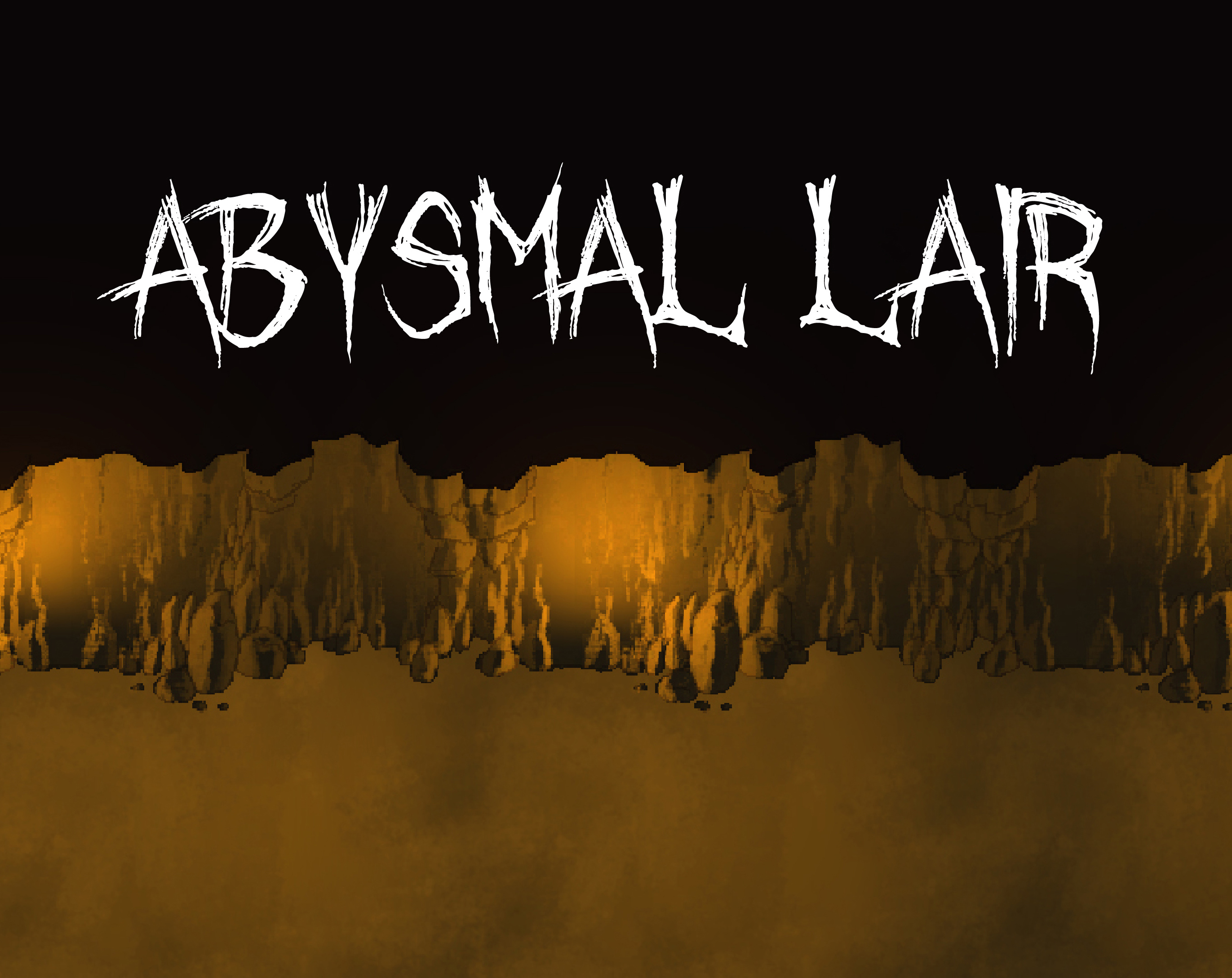 Our team decided to make a top down dungeon crawler type of game with simple mechanics, simple story and one boss. Our aim was to make a game which feels good to play and to fight enemies, in other words mainly mechanics based. Idea was to make an atmospheric and dark (“abysmal”) dungeon with blood trails guiding the player to the final boss.

The player is a human sacrifice to the god called Alphaurn the High Adjudicator but he decides to rebel and fight his way through the dungeon to kill the god. On the way player is able to uncover some of the story through old cave paintings.

We decided to use a beta version of Unity for development because it had the new tilemap system built in. Because we used a new feature which had not been fully developed yet, we ran into many problems game design wise, which our main programmer tackled very well, but that took some resources away from other development.

Our project ended up being quite graphics heavy before any real game mechanics got implemented and some animations ended up making the responsiveness suffer. However we improved and optimized these animations and added movement directions from 4-directional to 8-directional, which clearly made the game look and feel better. Character graphics and animations were exported into sprites from 3D models. Background graphics and UI was designed in Photoshop.

Game has specifically designed sounds and music made by one of our team members. He also designed multiple particle effects on player and enemies, which give them a nice finishing touch.

Game has everything implemented that we had in our initial plans, but ended up lacking a bit in playability and it might not be that easy to find the “fun” in the game at this stage. However we are especially proud of our clever enemy AI and player’s fighting mechanics, let alone our extensive character animations. Our team got to learn a lot of new things. Through many hits and misses we have gained a lot of new knowledge for future projects.

Play in a browser