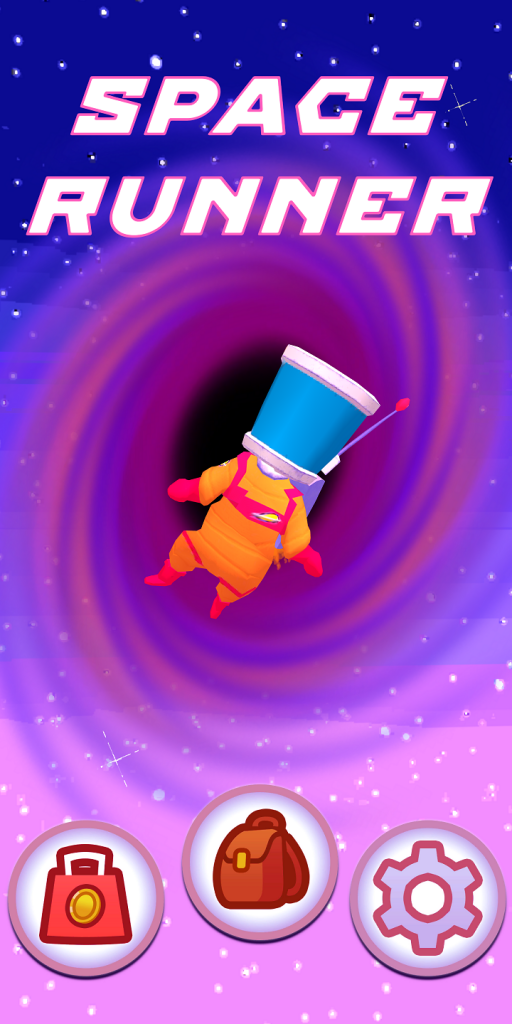 Space Runner is space themed 4 level long runner type game for Android. The players goal is to clear the levels while collecting coins to aim at higher scores. Space Runner also includes different types of powerups to help the player get through the levels without getting hit or help collect coins.

In the beginning of the project, each team member came up with one or two simple game ideas and together we voted for the best one and started working on it.

The original concept was to make an endless runner type game, but after some months into the development we re-thought about the “game loop” and after receiving some advice we opted for a level based design.

We had a Google Play Store release in mind pretty deep into the development, but after delays and not having any easy means to release the game in there we gave up on it. The initial plan was to have a store to sell skins and powerup packs.

Our final product includes most of our core functionalities we had originally planned on minus the store. It includes a well structured UI and menu structure as well 4 playable levels.

The character is controlled by using a swipe gesture to different directions on the screen. Swiping to sides moves the player inbetween 5 different lanes, swiping up makes the character jump and down swipe initiates a slide on the ground.

The player can take up to 2 powerups with them to the levels and the powerups feature 2 kinds of shields, a magnetism item to help collect coins, a resurrection item to bring back the character once and slowdown powerup to help get through fast paced instances.