The game is 2D shoot ’em up genre game for PC. Where player pilot space knight’s spaceship in demonic realm on mission to doom those demons which were responsible for causing chaos and destruction in living realms kingdom’s in latest demonic invasion attempt. 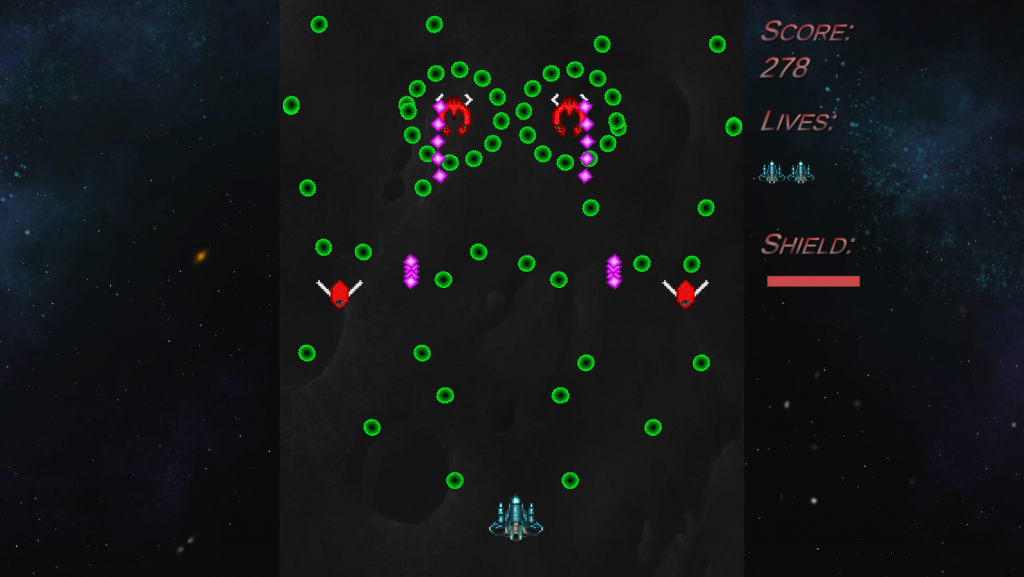 Game’s main mechanic is simple. Gain as much points as possible by shooting demons, by collecting green orbs they drop and by avoiding dying. Gained score will be reviewed in the end of level. 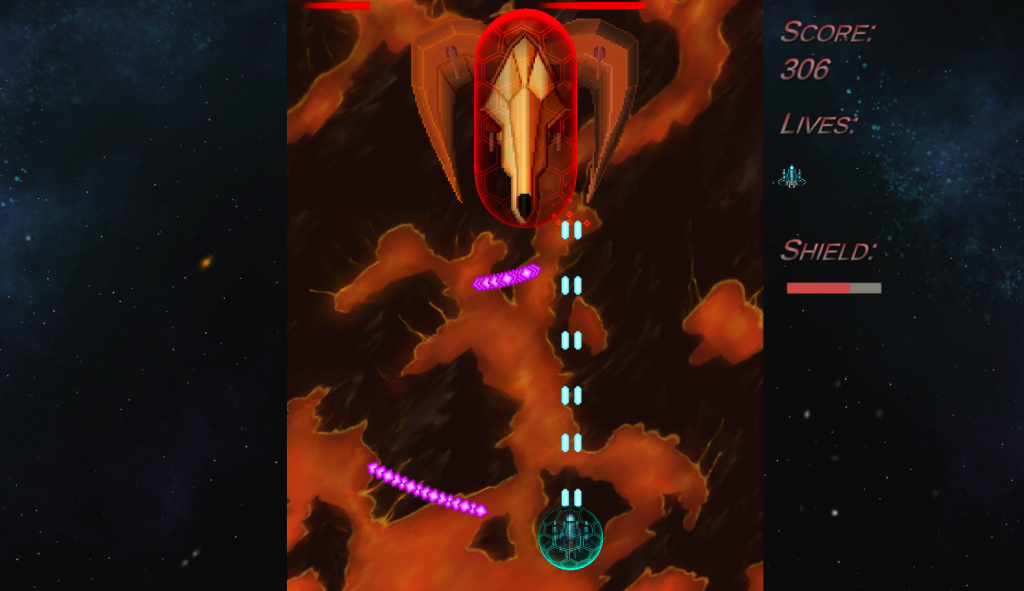 The game has six levels. Two of them has challening boss fight. There is six basic enemy types and seven different variations from them to encounter.

This game project was chosen by team because it challenged everyone in the team to do something different and it was quite manageable by it’s work load. Many good ideas had to be cut from the project due to lack of time to do them. So much more could have been done for this kind of game. The game would need more polishing and content before it could be on markets. But it’s concept is totally playable right now on it’s current state.

We hope that we gave something new for this +30 year old game genre with this game.  🙂