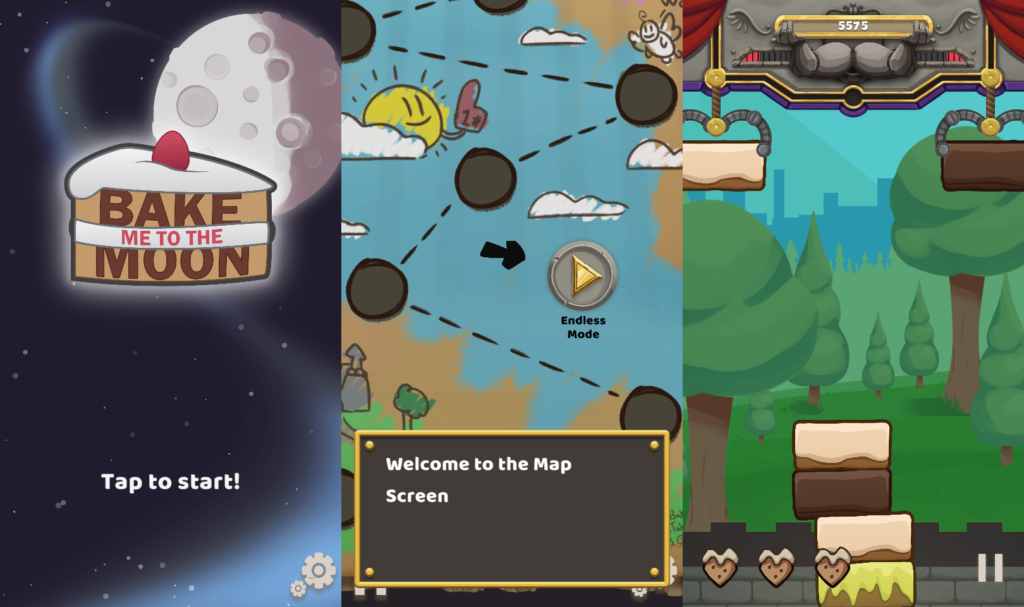 Hello! We are team PastryWorks and during this autumn season we worked on a mobile game called Bake Me to the Moon. The game is inspired by the classic mobile game Tower Bloxx and other similar tower stacking games.

We worked on this game during this autumn season with a team of four. We decided to do a mobile game as our project after getting the idea of stacking cakes and how it would work well on a vertical phone screen.

After getting the basic gameplay down, we worked on adding polish and feedback to the game to make it feel nice to play. Our theme was very silly and afforded us to include some fun small details to add to the humor. The cake kings statue’s mouth opening and eyes glowing during fever mode are an example of this.

We were initially planning on just having a single game mode with endlessly stacking the cakes until you fail, competing for high scores. At the last minute we decided to make the game level based using different challenges for each level. We didn’t have time to implement the level system however. Our release only has the endless mode option to play the classic game.

Note: This version includes the unfinished map selection screen and only the classic endless mode is playable.