We are team The Temporary and this is a 2D tile-based digging game “Relic Digger”. 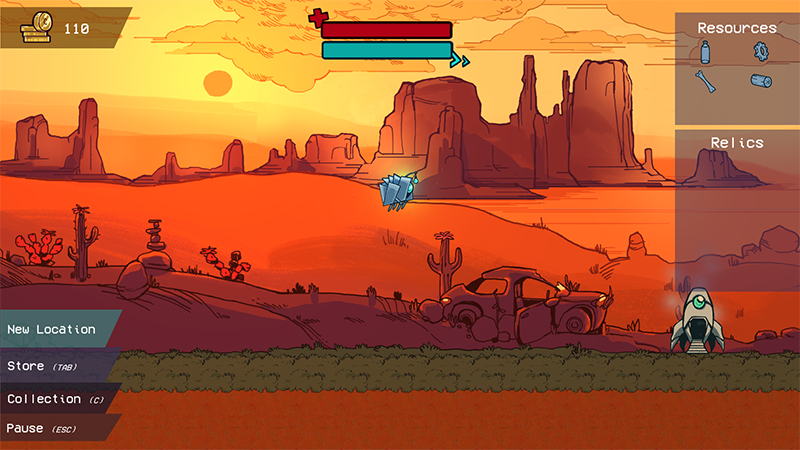 The player is a scavenger robot from the future digging for ancient artefacts on Earth. They collect different resources to sell and buy upgrades to enhance their speed, health, digging speed or fuel capacity. The ground generates randomly from pre-made patterns of chunks that include hard rock, resources, fuel packs and artefacts.

Players object is to gather all the relics by digging into the ground and locating them. Player consumes fuel by moving, and health by hitting obstacles. If either runs out, the player loses all items in its inventory and respawns into a new location. Fuel and health are replenished by climbing back to the surface. On surface player can purchase upgrades and fly to a new location if it so desires. 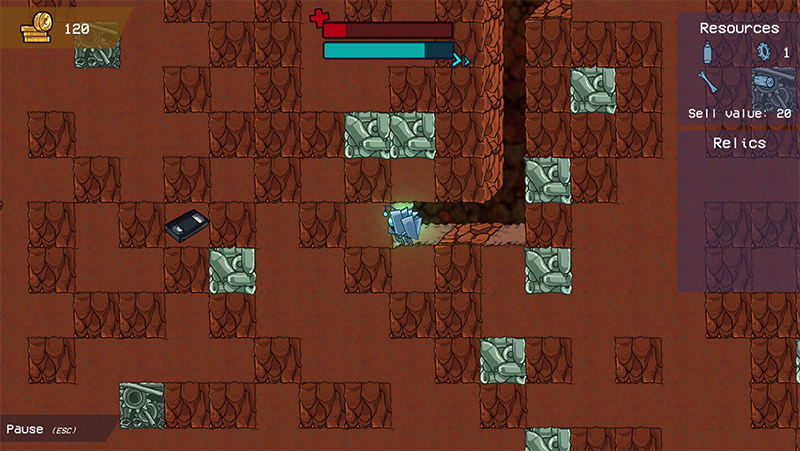 We encountered two main problems; not adjusting the scope of the game early enough and dysfunctional team dynamics.

We had some rough times and the project lacks many things that were planned beforehand and regarding the scope, but in the end we pulled through and the project was also successful in a lot of ways.