Goblin Gold Rush is a goblin-themed cartoony local versus arcade game for PC. The idea of the game is to collect as much gold as possible, all the while making sure your friends get as little. All is fair in gold and goblins, and stealing from your friends is more than recommendable… However, the environment might get in your way! The dungeon you’re stealing from is booby trapped, and flamethrowers, spike traps, gas and other dangers might slow you down. 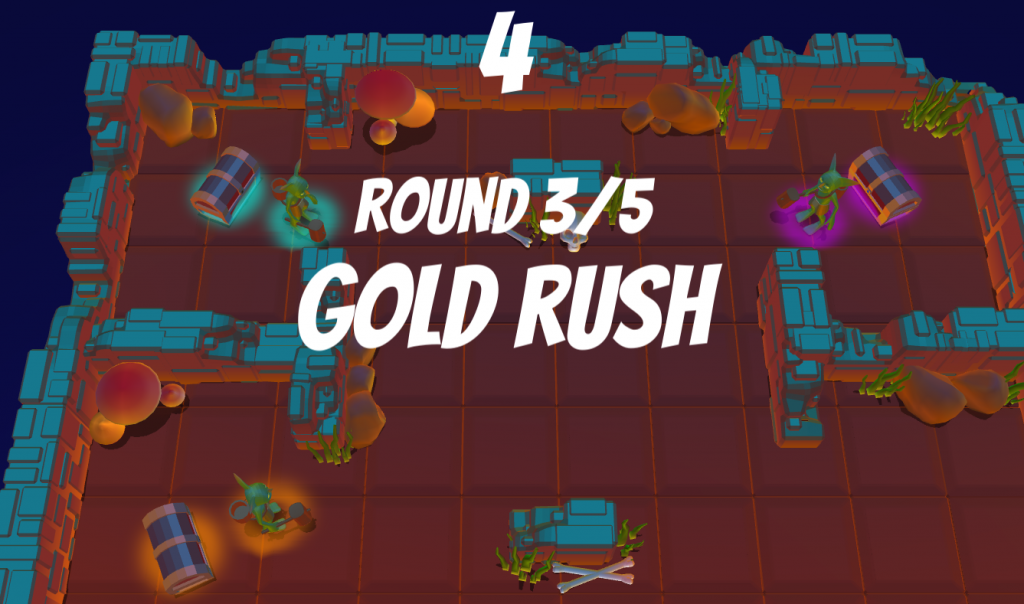 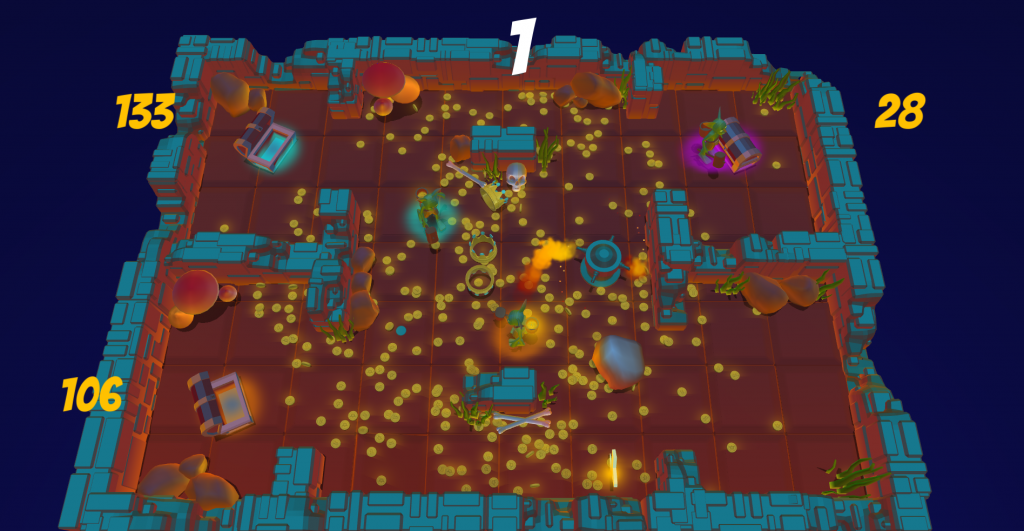 We came up with the idea for the game on the first day of the project and ended up sticking with it for the whole of the project. We wanted to make something new and different when compared to our earlier game, Actias Luna. 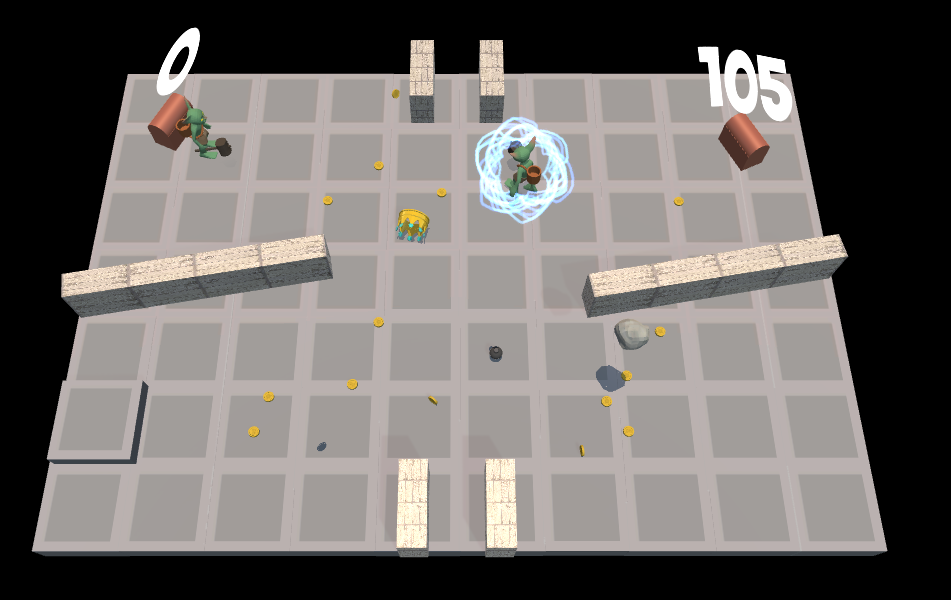 Our work flow was pretty steady, but we ran into some problems during development. Our character model seemed to be deadset on not working, but we thankfully fixed it with the help of fellow students, We also had some problems with texturing, but we ended up deciding to go with a minimalist shader for the final game. Whatever problems came our way, we ended up overcoming them as a team.

The game itself game together towards the last few weeks of the project. We’re aiming to release the game on itch.io towards the middle of June, with release on PC.

Reference sheet for Goblo the Goblin

The idea is that the player needs to pick up as much gold and valuables as possible and take them back to their chest. Players can attack each other with their mallets, which causes the other player to drop all the gold they’re carrying, and thus other players can steal from you. Hazards and buffs spawn around the stage. Hazards can cause you to drop all their gold, and buffs can speed you up and shield you from damage.

Itch.io release coming up in Summer! 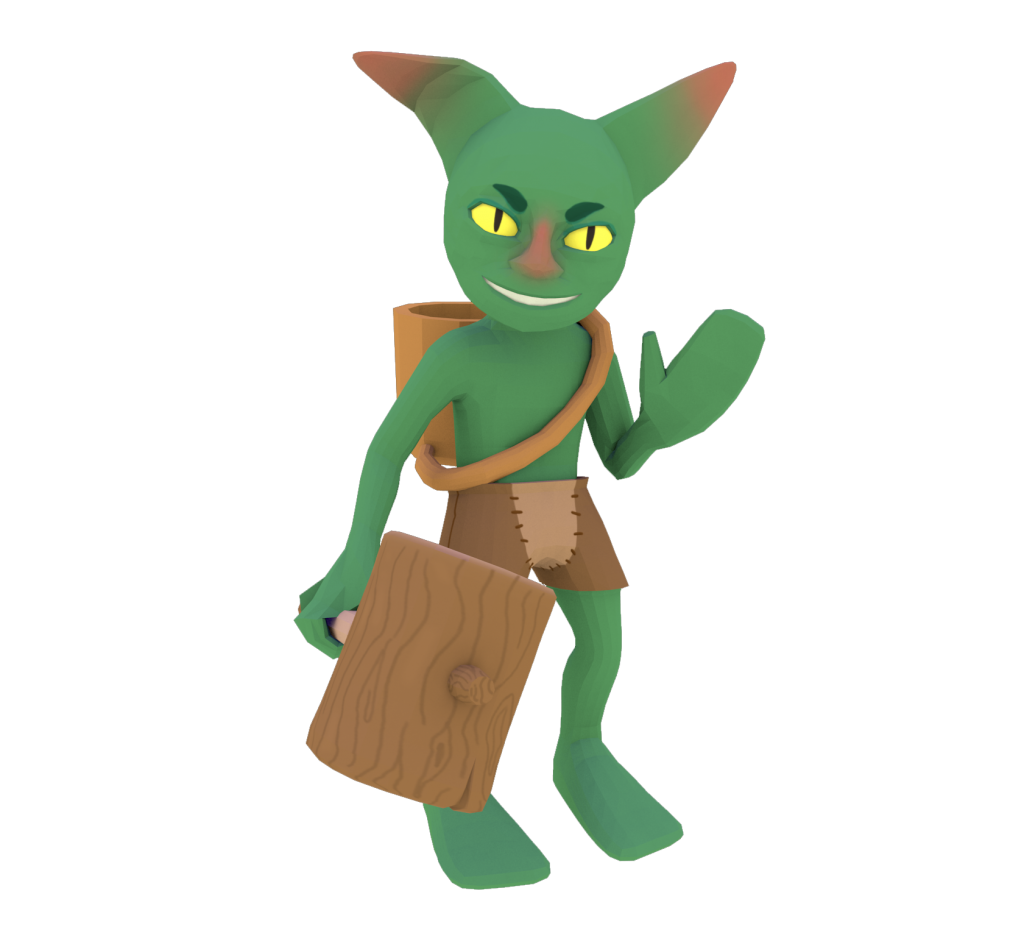