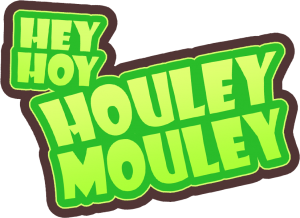 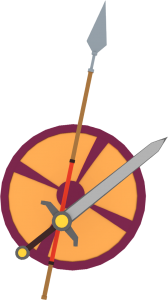 Game Idea
Hey Hoy Houley Mouley is a multiplayer arena brawler for 2 to 4 players. Players can battle on four different maps, where they try to push each other off the stage. If a player is hurt enough, their character will get stunned for a while and that’s when they can be easily shoved off the stage. Before each match players get to choose how many points are needed for the victory.

The game has three different weapons to choose from, in addition to unarmed attack, which is also a valid option for the most brawliest players. In a game of four people someone has to be unarmed. Each weapon has different stats, the spear for example has the longest range but does less damage and knockback. Sword does the most damage, but not as much knockback as the shield, which does the most knockback. It’s a Rock-Paper-Scissors sort of a  situation.

Development
We got to our initial game idea pretty quickly. We had other ideas also, but this one stood out the most, and everyone felt like they could work with this kind of project. Our scope wasn’t too big, so we got mostly everything we wanted done by the deadline – except for environmental hazards. More game modes that would have fitted our vision of the game could have been made. Some of the art was left out of the game: e.g. character textures, due to one team member getting sick and unable to send the texture files.

Visual Design
Our graphical style was pretty clear from the beginning. We wanted to make somewhat simple and playful game, with lowpoly characters and levels. We had to plan our character designs so, that they could use same skeleton and animations, but managed to get them to look different enough from each other’s.

Programming
First we thought of creating a fully physics-based game with active ragdoll characters, but through some setbacks and lost time we opted for the middle ground. The characters now switch between animated and ragdolled states when they get stunned or killed. The scope for this project was just right to allow us to learn new stuff, but also have a finished product by the end of the semester. 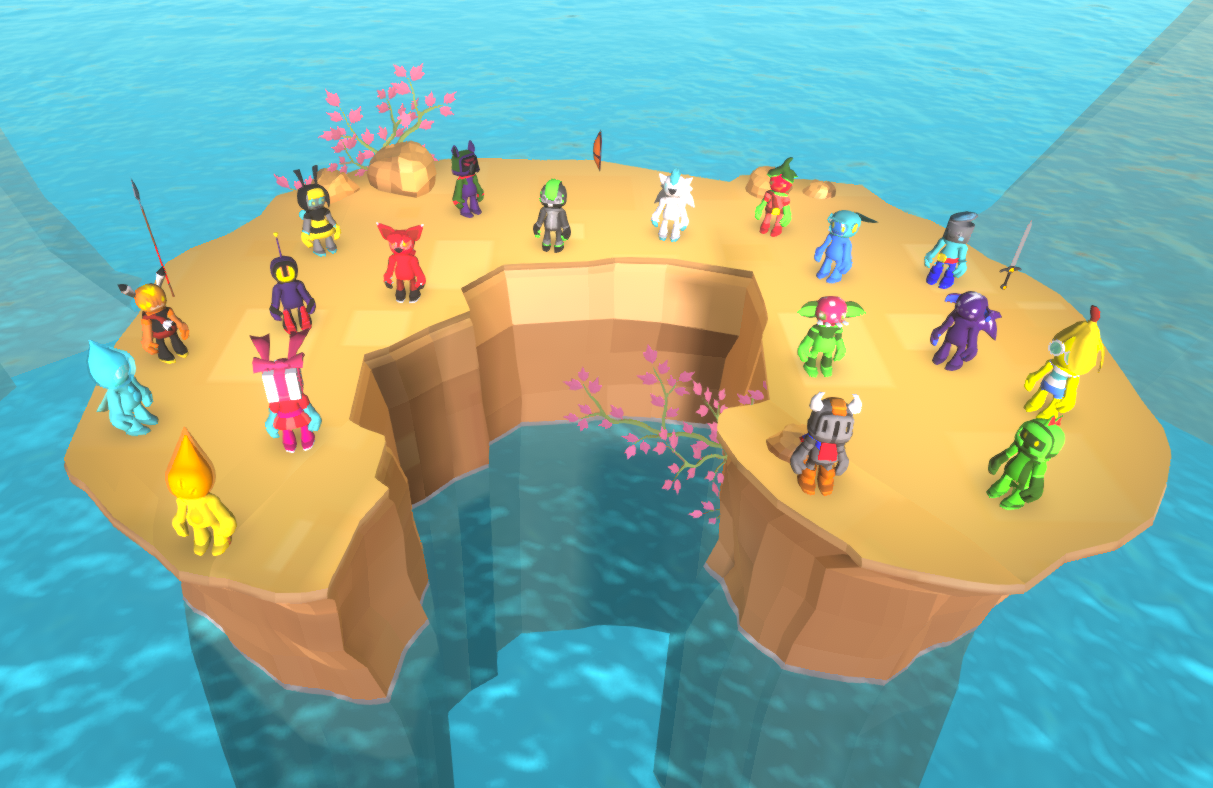