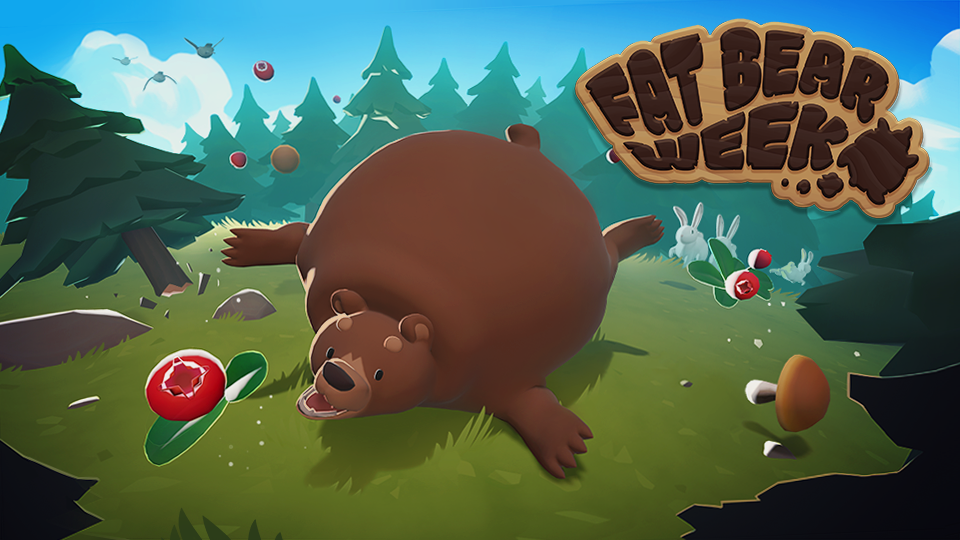 In Fat Bear Week you play as a bear, whose one goal is to become the
biggest, fattest bear before winter comes. Eat your way through 3 beautiful levels and see if you can empty the forest of berries, mushrooms, and animals before time runs out.

You start the game as a small bear, who’s just awoken from hibernation. Over the course of the game, you eat so much that you become a ball who just rolls around, eating everything you can and breaking your way through any obstacles that would stop you from doing so. 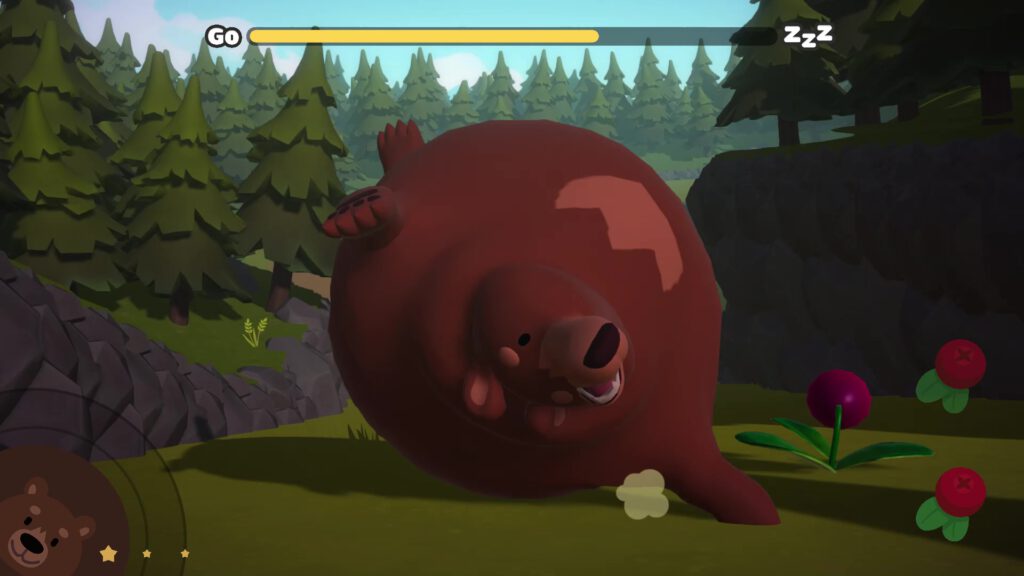 5 different bears to play as

In the beginning, we had a ton of ideas for different types of games, but after some ideation, we finally settled on this one. We first started working on the bear, because as it is the main focus, it was key that the movement felt as good as possible and that the visuals convey the mood we were going for.

We had some plans to add a multiplayer, but those never really carried out.  Some other smaller things had to be dropped as well, but that’s just part of the process, isn’t it?

Our team worked quite well together and were happy with the final result. That is in large part because we stayed pretty well on schedule, so we didn’t have to rush to scramble together a finished product.

We’re proud of the final result, and would love to hear what you think!

Give it a try yourself!