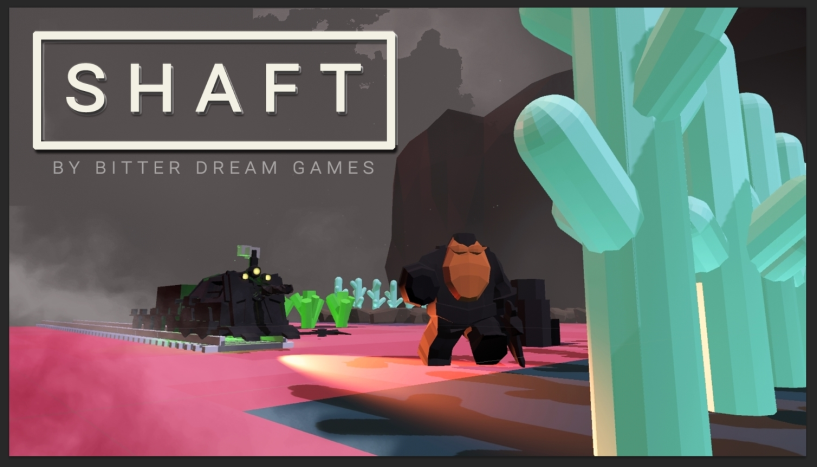 Our game is inspired by Unrailed that is an online and co-op multiplayer railroad construction game where you work together with your friends as a team to build a train track across endless procedurally generated worlds.
Shaft is set up in procedurally generated cave system full of rocks, crystals and weird cave plants as obtacles but they are also resources you need to produce more train tracks and fuel the train. Gameplay consists of collecting resources, crafting tracks, choosing the best routes for train tracks and working with your friend to make it deeper in to the mines as long as you possibly can before the ground crumbles down and takes you in to the abyss! 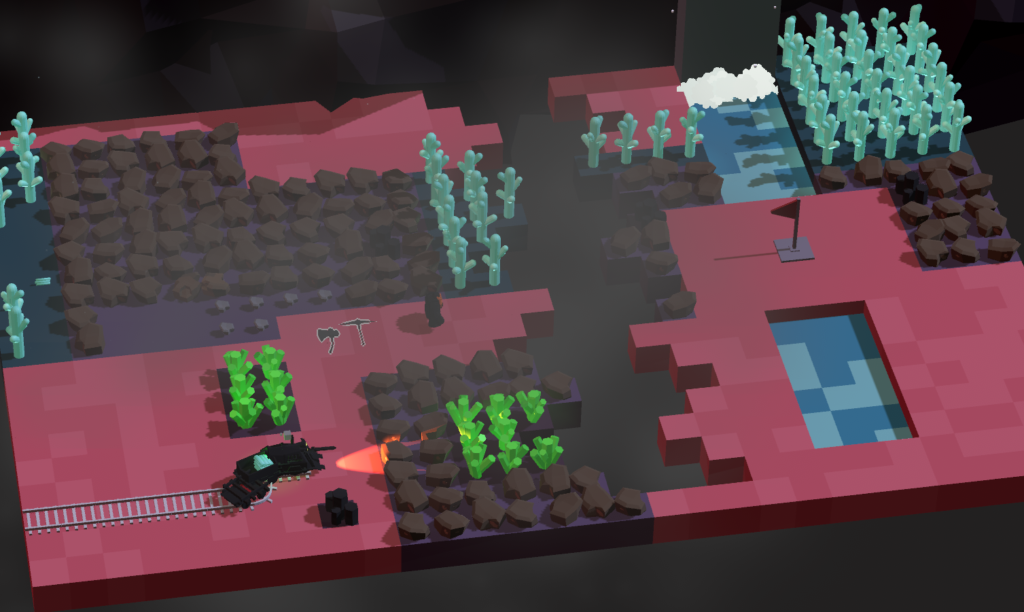 Our team had the idea of making it like “Unrailed” from early on and we got started in good time. Development started with defining the theme of the game and what kind of visual style we where going for. Low poly was our plan from the start and we chose to use simple colors that go well together to create a colourful but moody athmosphere. We decided to make it a max. 2 player co-op focused on the basic mechanics.
Our team had some rough times on the way and progress was a bit slow but steadily we got most of the things we wanted done. Gameplay feels pretty good but without a friend it lacks enjoyment and fun but music and athmosphere still makes it pretty immersive. Visually the game works nicely even though it could have used more work. Overall the project could have gone a bit smoother but we are still pretty happy with what we got as a result.