Crystal Grove is pretty much basic tower defence game where you have to survive against waves of enemies and keep your health over 0. Instead of building certain type of towers player has to randomize tower abilities using slot machine mechanic. Each roll in slot machine costs coins and player can lock wheels in hope to get desired type of ability in tower but each wheel locking costs player more coins. 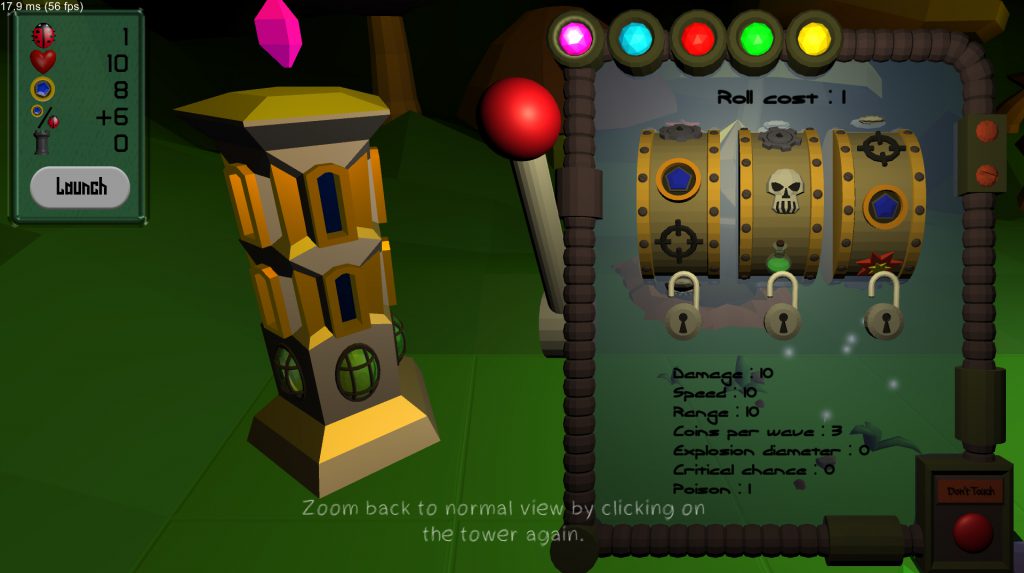 Game has 2 phases attack and build. Player can build and roll tower attributes in build phase and enemies comes only in attack phase when player launches wave. Enemies come in almost same pattern in every wave, but every game has its enemy pattern and game area randomized. 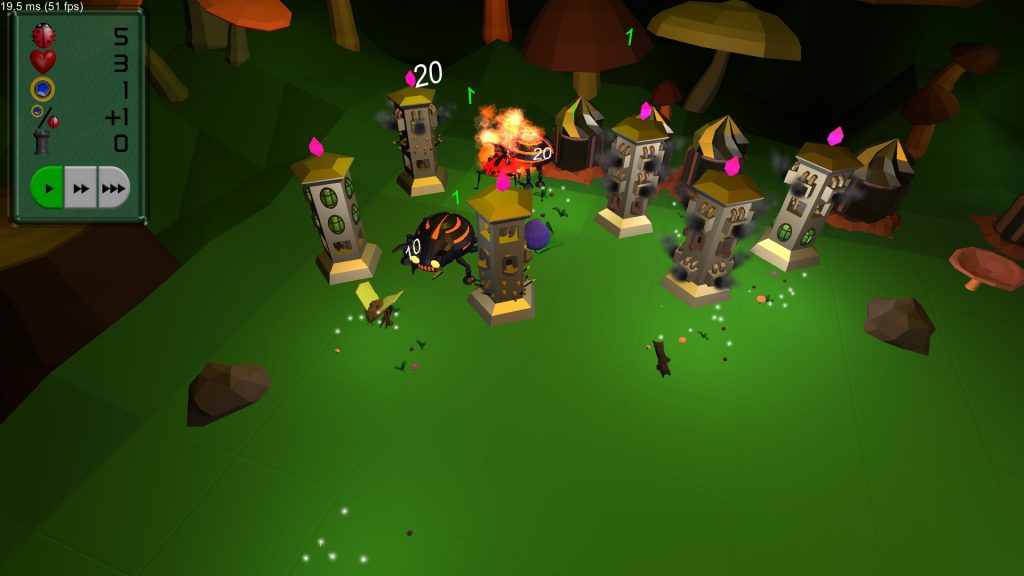 Bug trying to get past the defences.

Our team wanted to make some kind of game in which where player can build things and we came up with idea to make tower defence. We didn’t want to make same kind of tower defence like most of them are, so we came up with a twist to randomize tower types and game area. The idea of attacking insects was in our minds from the beginning and that idea refined visual style of game environment.