The concept formed when we wanted to make a simpler game after the overly complex tycoon on first year’s spring game project. After some of the members played vampire survivors, we decided to implement a copy game inspired by its game mechanics. The gameplay was incredibly simple as the weapons worked on their own and the only thing the player does is moving around and avoiding enemies. 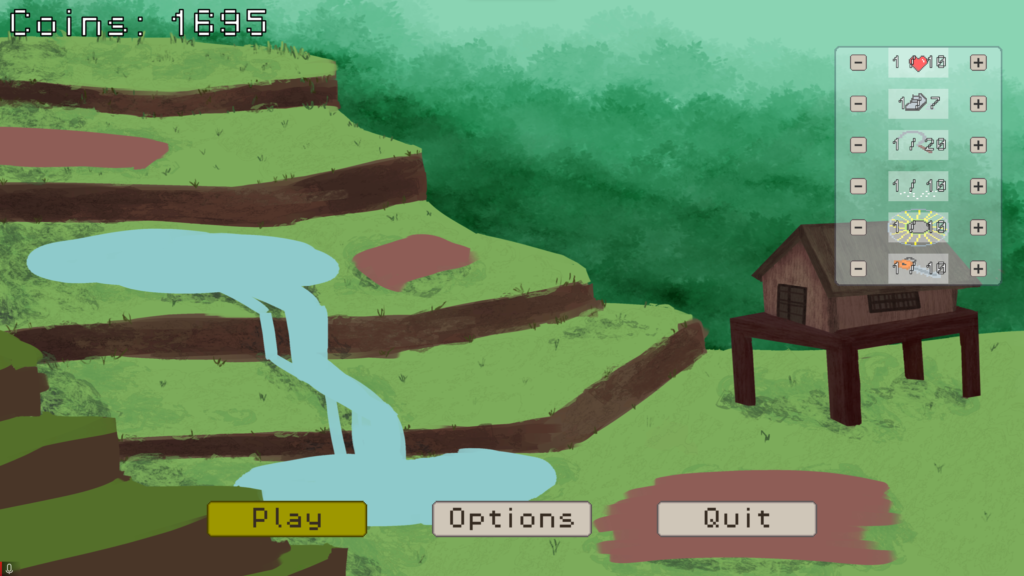 We decided to change the theme towards a botanical one to have a chance to make silly plant-based enemies and weapons.  The game was divided into 3 main levels which took their inspirations from three different biomes, one for each level. First level was based on arid climate with cactuses and sand. The second one focused on forest and its familiar greenery and the last level took its inspiration from jungle and aquatic plants like flytraps and rafflesia. 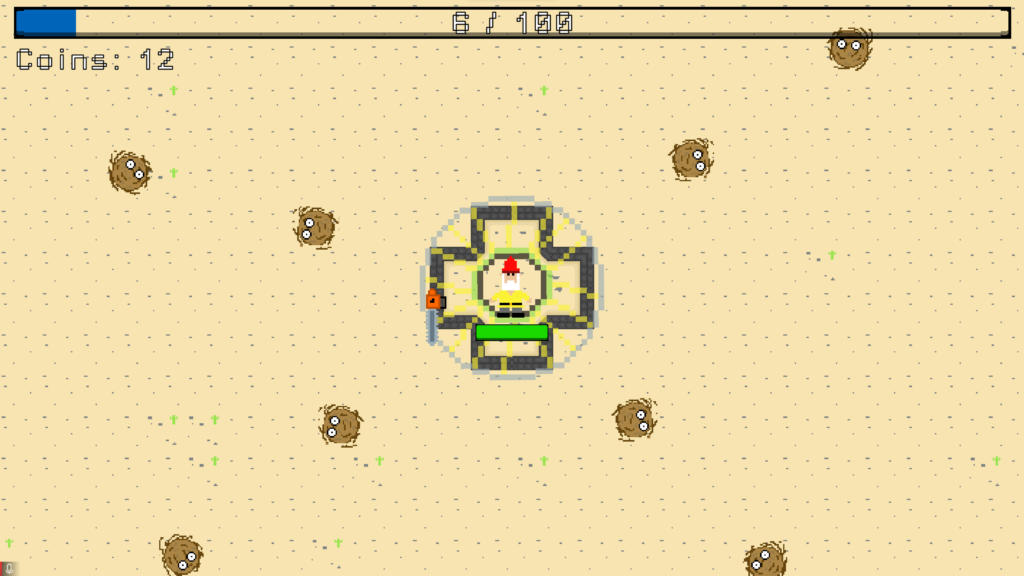 The development started with a design phase where at first the core loop was detailed. After we ended up with two separate loops for the game and the store. Where the game provides currency and shop provides the place to spend it for upgrades. The second design phase was for the themes and enemies, so that the artists would have a good direction for each enemy mob and boss to keep enemies consistent. 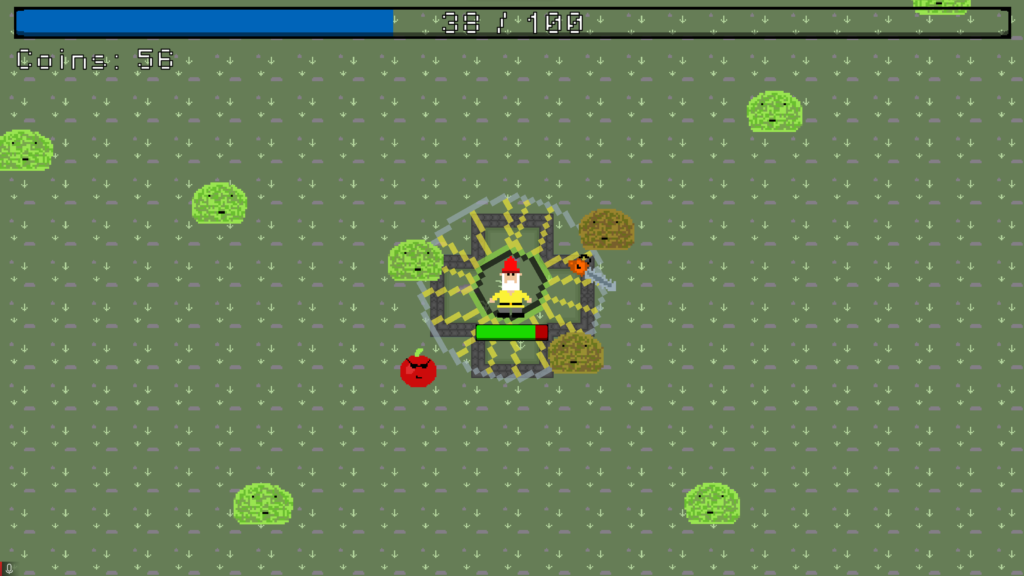 On the programming side the game was much simpler to make after our overly difficult project on spring. The development was done in a leisurely pace with both coders mostly working on their own scenes. The main programmer focused on combat area and the designer helped with the store scene.  The only real difficulties were with individual weapons and their implementations like the persistent damaging aura. 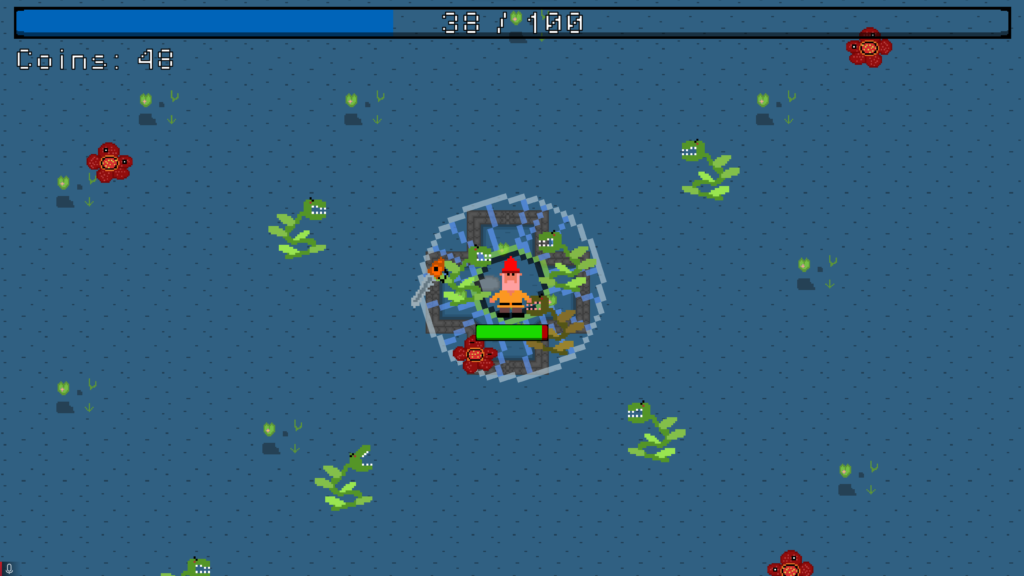 As for the artists. In the beginning the artists split between one doing shop art and other focused on the combat area, but as the development progressed the combat area artist took over most of the art duties as the other one went missing during the summer. Overall, it was the first-time doing sprite art for our working artist and every part was a learning experience on its own. The software that was used for making the sprites was Asesprite and the new artist had to learn working with it from the start.