Forget Not is a 2D puzzle platformer whose core concept is the ability to toggle between controlling the main character and the light in their lantern. The stages’ obstacles react differently to the light – it illuminates the player’s path, keeps enemies at bay and lights up crystal balls which in turn activate different objects. The player’s goal is to pass the trials and solve the puzzles in each level. Additionally, in every stage, a secret star has been hidden for the player to find.

The idea for the game came up while brainstorming as to what we wanted to create in this project. At first it wasn’t the lantern’s light that was controllable, but the character’s soul. It wasn’t long before the concept evolved to its current form.

The art direction was initially going to be more detailed, but in order to reduce the time taken by asset production and make the lighting work better, we decided to go with silhouettes instead.

The levels were originally going to be pitch black – the lantern’s light would have been the only light source for the player, but this was changed to make things more accessible for both the player and the developers. The sense of atmosphere in the game plays a vital role and was something we had in mind from the beginning.

Once or twice a week our team got together to discuss what each of us had done and what was next on the agenda. 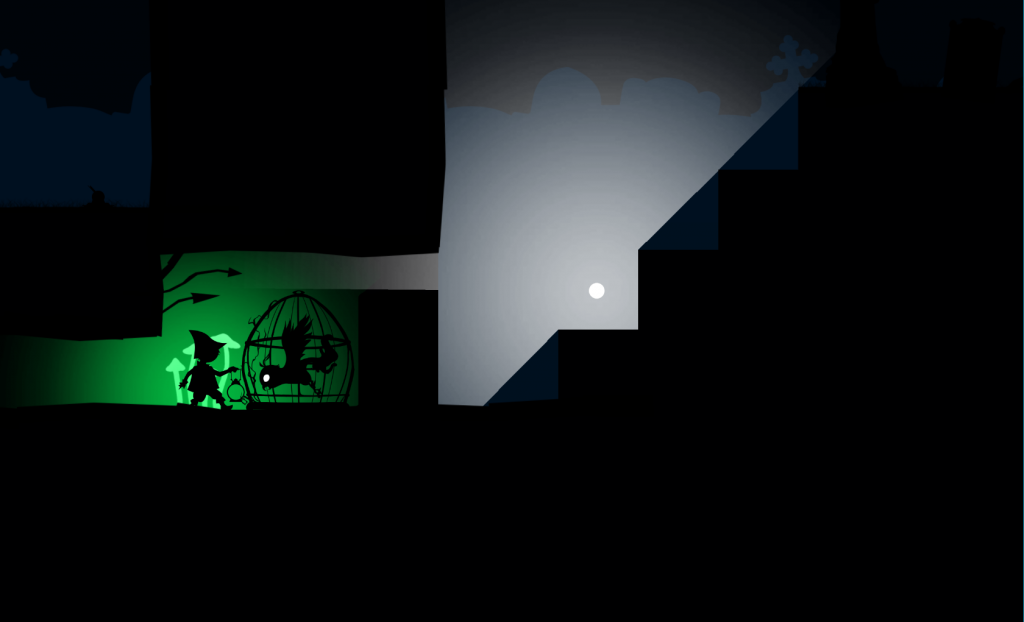