Hallucina Escape is a top-down hack and slash game where the objective of the game is to escape the mental hospital. Lots of different ravenous enemies try to kill you, so be prepared! You get different weapons and health potions from defeating enemies. You play character called Seven that gets caught in a bad trip and needs to get out.

Progress of the project

The game was developed by team TooBad during the autumn semester of 2016. Development time was more or less exactly four months. During the first month we tried to really find which of our ideas really worked out for our game. We tested multiple styles of movement and camera controlling, until we found out the perfect one for our game. After that we tried to make the game playable as soon as possible. Graphics artists started working on the player sprite and everything else that was necessary to have a real prototype of the game. Markus started working on the inventory system to get that working as well.

After all the necessities we started working on enemies and the bossfight. Also this was the time that Penuel started getting quite bit of animations ready and we managed to put them into the game. We also started to generate the map and different weapons for the player and enemies.

Around week before December we started to add in sounds, make main menu work and really polish the gameplay to be as good as possible.

Timo and Markus handled the coding side of the project, while Zach and Penuel handled graphics. Timo’s main responsibilities were the animations and their transitions, character and camera movement, map generation and design, editing the sounds and various other smaller parts. Markus mainly handled the loot/inventory system, player mechanics, enemy mechanics, boss mechanics and main menu.

Zach’s responsibilities were different enemy sprites and their animations, different floor/wall tiles and props for the maps. He also made blueprints of the maps and quite a bit of sounds as well. Penuel’s main responsibility was to make everything the player needs. This means tens of animations for the player, weapons and icons for the inventory as well. 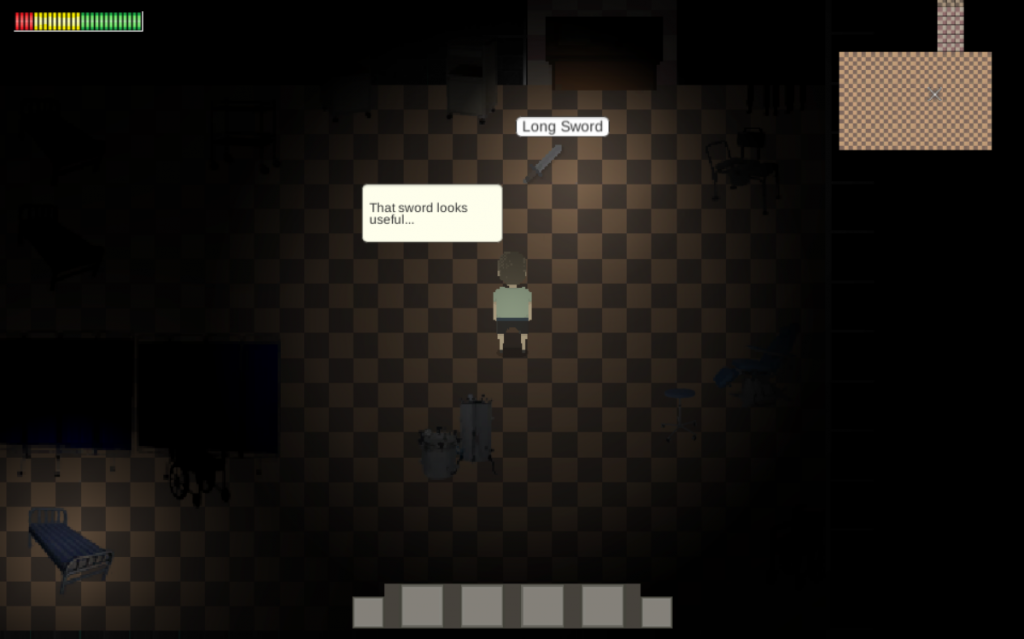 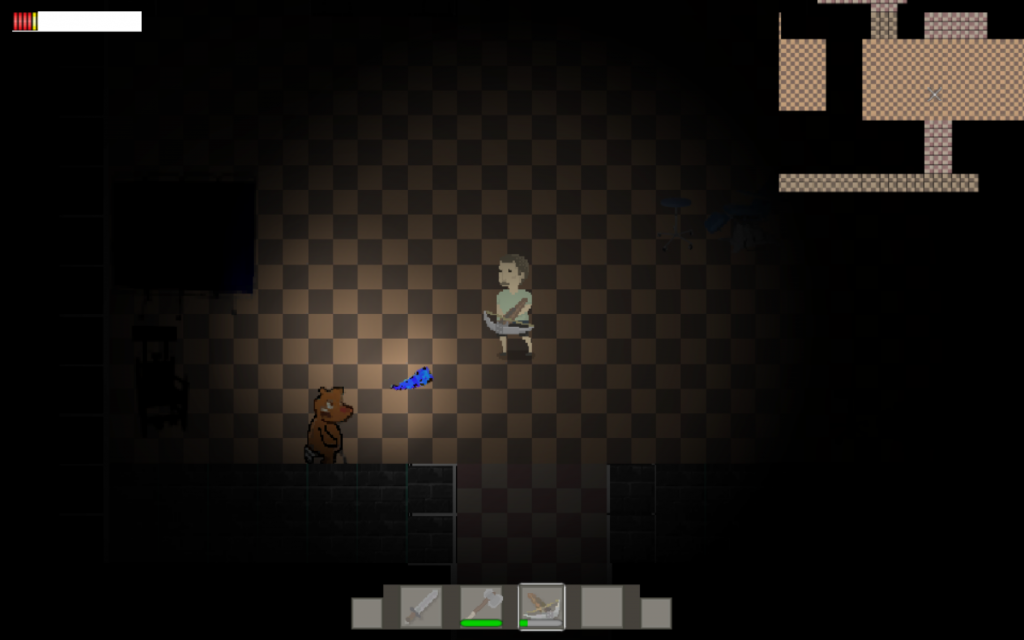 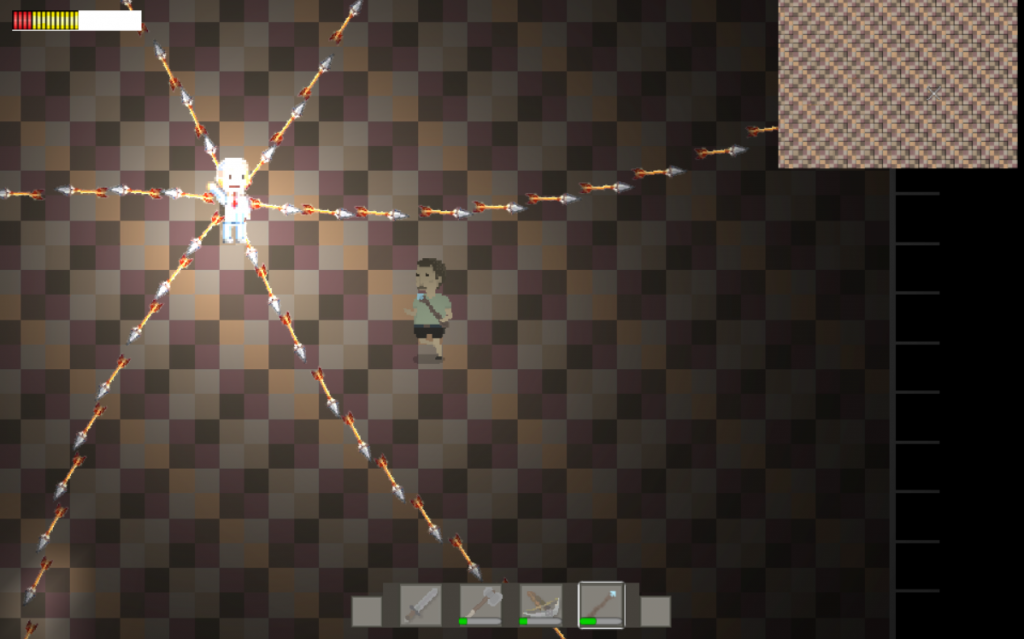