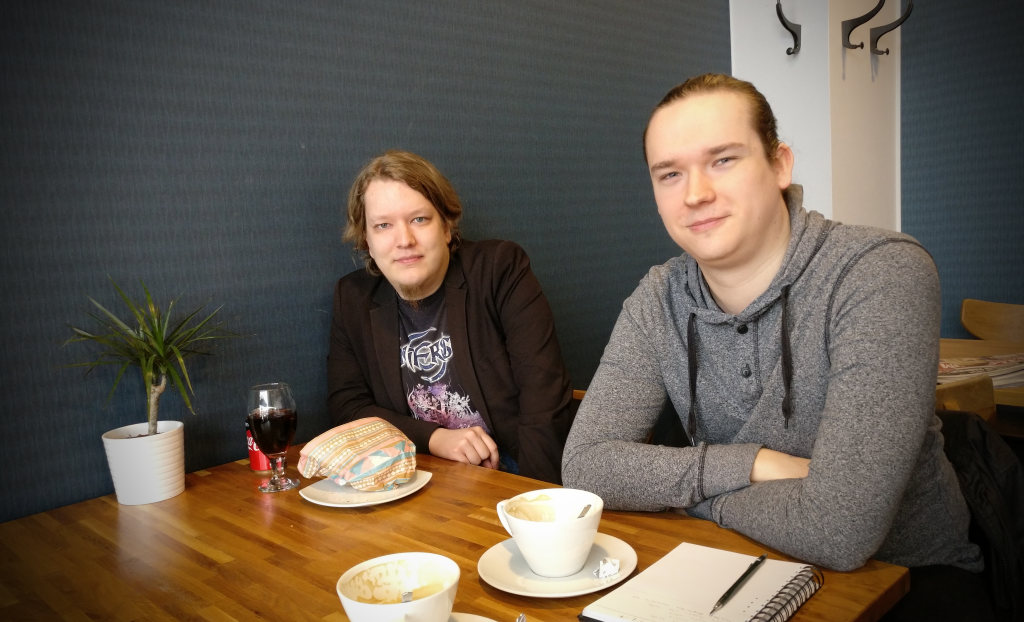 I met a team of two enthusiastic game makers, Teppo Hyttinen and Jaakko Takalo during their weekly scrum-style meeting at a coffee house in the center of Tampere. They are working on a promising 3d-game title called Monolith as part of their Games Academy spring semester studies.

The idea for the game called Monolith was born already a few years back when Teppo was mostly thinking about building 2D-games, but then got this idea that he thought might be simple enough for him to implement in 3D even without much prior experience in building 3d-games. Then the school and other projects started and the idea was left to simmer for a while, but after a challenging 2D-game project Teppo felt like he wanted to go all in during the 3D-half of the Games Academy and felt like this idea had a small enough initial scope so that he might realistically get it done during spring.

In December Teppo started looking into Unity and doing some early tests. Jaakko Takalo saw some of those early versions and decided he would very much like to join in on the project. This was more than welcome for Teppo as he felt they would make a good team and he knew about Jaakko’s advanced 3D-modeling skills. With the now expanded team, they decided to widen the scope of the game a little bit from  a purely narrative-based game into more of a puzzle game.

Teppo knew from the start that he had to tackle learning Unity 3D in order to realize the game. He started by watching a few basic tutorials online. He went on  to build a test level from simple cubes. He remembers having trouble with getting the lights baked and batching which led to the the FPS (frames per second) not being very impressive.

Jaakko was mostly familiar with the 2D-workflow of Unity, but had to now tackle the 3D-workflow, including a proper PBR (Physically Based Rendering) setup. He is using Maya for the 3D-modeling part and Substance Painter for creating the various texture files. The first weeks required watching hours after hours of tutorials online, but with the right motivation even such a task can  be overcome. Both team members knew that they are building a serious project and thus there was the feeling that these things absolutely had to be figured out. The hour requirements for a school project were exceeded already during the first month, but since the work was so much fun, they didn’t have to force themselves to perform it.

Teppo had to not only learn the Unity interface, but also how to bring the game together with C#-code. He compliments the drag and drop system of Unity which makes assigning scripts quite intuitive. There are still many challenges to solve though; at the moment Teppo is looking into dynamic parenting. As an interesting detail, he was actually dreaming about a solution for a coding problem, and when he woke up in the morning, he knew how to solve it. This project is big enough to even  penetrate the dreams of the team. The famous Stack Overflow -internet community has also proven helpful during this project.

Graphically the big challenge has been getting the various materials to appear realistic, with the right amounts of roughness and glossiness for example. Jaakko has also been learning Z-Brush as a sculpting and retopology tool. He takes the retopologized sculpts to Maya for unwrapping and cleanup, then he brings the cleaned up low poly to Substance Painter along with the high poly version from Z-brush for baking the normals maps and height maps. Substance Designer allows node based parametric texture creation while Substance Painter is the tool for painting in the various textures.

Substance Designer outputs small files that are then used to generate  the textures in Unity. This helps to for example keep the installation file size small, since the graphics don’t need to be packed in as bitmap images.

The Games Academy spring semester games will be published during the TAMK International Week on Friday 28th of April. By then this team expects to have their second level ready for gaming. They have been creating this new level for more than 60-70 hours and it’s starting to look good. They will also display a completely revamped puzzle-system, which is more fun than the original. 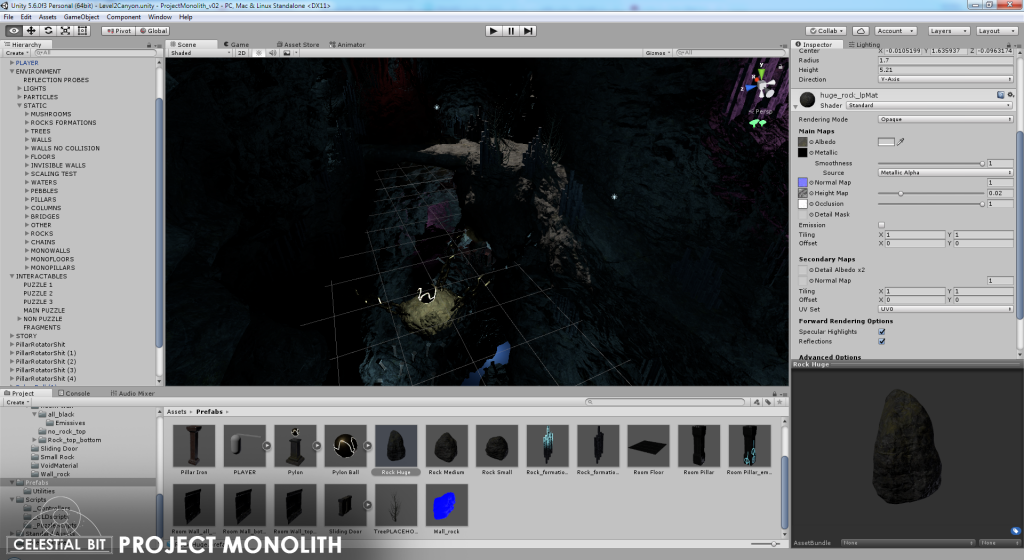 There will be a chance to test the level during the International Week session, so if you are curious about the game, make sure to head over to Mediapolis during Friday. The demonstrations start at 13:00.